I'm Not Opposed To A Little Lipstick 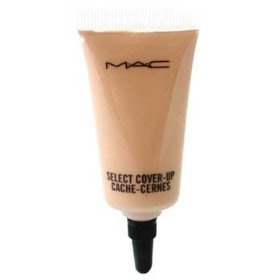 Last night I overheard my eldest son asking his daddy, "Why do women like to wear makeup?"

My husband replied, "So that men will like them and think they're cute."

He went on to tell my son that women wear makeup because of sexism and gender oppression and because women are brainwashed by society to believe they are unattractive without it.

Since he chose to marry yours truly, a woman who has, in the 20 years he's known me, never been without at least four tubes of lipstick in my bag at the same time, I can't take his pontificating on the evils of makeup too seriously. Obviously, he's not exactly opposed to a little lipstick... or any other makeup for that matter.

Besides, I'm not BFF's with my trusty MAC concealer because I want some man to think I'm cute. Insomniacs like myself need that concealer to keep from looking like we just rolled out of a crypt! The half dead zombie look is not the business.

But maybe I'm brainwashed since I've never thought there's anything wrong with women wearing makeup. It's always been normal to me.

When I was around 13 years old, I remember my mom taking me to the drugstore and buying me some very natural looking foundation, powder, lipstick, blush, eyeshadow, eye pencil and mascara. She even taught me how to apply it so I didn't look like a circus clown.

My mom didn't make me wear it. I wanted to. She also didn't teach me that a woman was nothing without makeup. She just believed that not looking your best, and thinking other people should be subjected to you not looking your best, was the essence of vanity. So the way I grew up, tasteful makeup is one way you can look your best.

Don't believe it's about looking your best? Ask yourself, would you rather see pimples on a teenager, or have those suckers concealed with a bit of makeup?

Given that my mom was pretty relaxed about makeup when I was a teenager, I remember being positively bewildered back in 1986 by the episode of The Cosby Show where Cliff and Clair flip out when their 13 year-old daughter, Vanessa, comes home from school with some eye makeup on.

I never "got" how Vanessa could date but not wear makeup. Did Cliff and Clair figure since Vanessa didn't have any lipstick on, the boys wouldn't want to kiss her?

That's not to say I'm against letting your natural beauty shine. I frequently go out of the house without makeup, especially if I'm going running. I also drop my kids off at school and go to the grocery store, all without makeup.

Am I sometimes a little self-conscious without makeup? Yes.

For example, the picture of me for my Good Housekeeping article is me with zero makeup. When I look at the picture, I'm not worried men (or women) won't find me attractive. I just felt a little self conscious being post half-marathon run sweaty and without makeup in the photo. But in the end, how cool that people get to see me in a magazine period, especially after such a huge accomplishment.

I guess I figure people have been wearing makeup since at least Egyptian times so what's the big deal? Why this persistent belief that if a woman wears makeup she's only doing it for a man or somehow feels less than without it?

Am I being Neo in the Matrix on this issue? Should I be considering how giving up my lipstick could enlighten me?
Email Post
Labels: about me husbands kids Lipstick makeup mom parenting sexism women

TMCPhoto said…
I was left to fumble with putting on makeup with no lessons. I had joking comments and teasing about the amounts and application of makeup to teach me about tasteful applications.

I go through stages where I'll go out and buy concealer, mascara and shadow (usually before a big dressy event) and wear it here and there but mostly I can't be bothered.

I always thought that if people didn't like me because I wasn't wearing make up that wasn't my problem, that went for men as well as women.

If I feel like I need a little armour a little boost I'll put in the effort otherwise I'm a naked face kind of gal. Other people are free to do as they like, I make no judgements either way
6:13 PM, September 21, 2009

nick said…
Personally I've never found make-up makes much difference to whether I find a woman attractive or not, though I suppose covering up spots and blemishes is sensible! But if women feel more comfortable or confident with make-up, why not? What always intrigues me is why make-up is considered essential for female attractiveness while men can have faces like the back of a bus but some flattering make-up would be "unmasculine".
1:41 AM, September 22, 2009

SarahA said…
I really only wear makeup in order to be taken seriously since I look about 20 (I'm 30). So, I used to wear it all the time but lately I just use it at work and if I'm going to a show or event. Usually it's just eyeliner, mascara and some tinted moisturizer. Sometimes a little blush or lipstick. Makes me feel pretty and confident. Maybe that's anti-feminist but people have said the same thing about skirts and I only own 1 pair of pants.
7:37 AM, September 22, 2009

Anonymous said…
Growing up when I did, in a time of different attitudes about such things, I must confess I love it when women are 'tarted up.'
12:11 PM, September 22, 2009

1969 said…
As a fellow mom of two boys...let me just say caffeine and makeup are not the enemy (in THAT order).

I love my face without makeup and I love it with a little something.

I am a huge fan of enhancing my natural look. I wear some form of makeup almost everyday because I like how it looks. Me, just less greasy and more polished.

I'm not a big fan of wearing make-up. I mostly just carry my trusty lip gloss. Beyond that if I'm in a wedding or something along those lines I'll wear it mostly just to fit in.

I will say though that there are some women who have mastered the art of wearing make-up and look great.

Liz Dwyer said…
TMCPhoto,
Totally agree that folks have to like you whether there's makeup or not.I only know very basic makeup application. I'm not so good with colored eye shadows and a really good "smoky eye" is usually beyond my repertoire! I wish I was better at it.

Nick,
Blame the Industrial Revolution for male makeup going out of the mainstream. Before then, I probably would've been fighting with my husband over a package of beauty marks!

SarahA,
And I only have one skirt -- which I rarely wear! But yes, it's true that there are lot of things that make me feel pretty, and that doesn't mean I'm somehow lacking in believing in women's rights or the need for full equality for women.

Mr. Write On,
LOL, I love that phrasing. What is weird is when I see modeling shows and see how long it takes them to make up someone. Like an hour for makeup is just crazy! They look good but wow, that's too much.

1969,
Whenever you wear makeup, I still see you, not the makeup. Gorgeous either way! BUT, I've learned that I have to leave the caffeine alone for the most part because otherwise I get CRAZY pms. I can't have more than a couple cups of tea or one can of soda a day. I sure do miss coffee!

Mes,
I've been into lip gloss this summer. I don't know why. There's a lot of bad makeup looks out there. Seems like the drag queen/stripper look is super popular.

Yes, the Grove is only 10-15 minutes away from me so I go alot -- especially since there's a nice-sized Barnes & Noble in there. I didn't like it at first but it's grown on me. It's pretty in there. It's like Main Street at Disneyland crossed with a shopping mall.
3:06 AM, September 23, 2009

Mes Deux Cents said…
Thanks Liz. I just may plan a trip down there to check The Grove out.


"Seems like the drag queen/stripper look is super popular."

Petra said…
i think the problem is not trying to look "good" or professional, i think it's that we're told that without makeup we look dead or unhealthy. the truth is what we have under the makeup is what's natural. things like pimples, wrinkles, dark under-eye circles, pale skin, they're all a natural part of the human body and to feel that you need to cover them up in order to not be a hideous freak is maybe problematic. maybe dark circles and pimples are a sign that i need more sleep, not that i need to go out and buy a hundred dollars' worth of maybelline. i'm young enough that i haven't got any wrinkles yet, but at this point in my life i don't feel anxious, because wrinkles are natural and really quite beautiful.
i find the message i get from society is not just that if i don't wear it men will not find me sexy- it's also that if i don't wear it i'll be nothing or worthless, or even feared and despised. dead, a monster, incomplete, horrifying, fishbelly... nothing that says i'm a human.
12:09 AM, October 04, 2009