Rio Won, Chicago Lost. Who Can We Blame?

Only one city could win the bid and as you know by now, the winner is NOT... 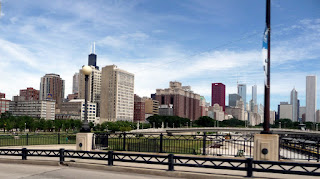 Boo hoo. Yes, the Olympics would've been a great opportunity for Chicago. But c'mon, the United States has hosted the Olympics a record eight times! We can't host it every time, folks. Just like we're taught in kindergarten, take turns! Sharing is caring! Give Rio some shine!

But our culture wants someone to blame. So who can we blame?

1) President Obama - You KNOW somebody is on TV right now saying, "He's not the man I voted for. The man I voted for could've landed the Olympics!" How annoying that the news media is acting like Obama personally wrote the project plan and executed every minute detail of it. Nooo, honeys. That's not how it works.

2) Oprah - People will blame her because maybe the IOC saw Oprah letting Chris Rock run his hands through her hair and exclaiming, "OMG! That's yer real hair!" Then they had visions of Oprah yelling, "Next up, it's gymnassssticssss!!"

3) Mayor Daley - People will blame him because they're figuring the IOC members said, how dumb can you be to sell the Skyway and all city parking garages and meters to private companies? What might he do with the Olympics?

4) Michelle Obama - People will blame Michelle's clothes, hair, shoes and her muscles. "If only she'd look more feminine and stop showing those biceps we would've gotten the Olympics!"

5) Kanye West - The IOC was scared he'd jump up on stage during the opening ceremonies and tell us who should've really won the gold medal!

And for those saying it's about crime and poverty -- well we all know Rio has ZERO problems with that, right?

Let me let you in on a little secret: Last night, one of the IOC members had insomnia. So he decided to check out YouTube and he did a search for Chicago. Somehow, this is what popped up:

Then with that last "Mooooo and oiiink!" he said to himself, "My gawd, what if Chicago makes a Moo & Oink themed opening ceremony with cows and pigs dancing around to celebrate the city's humble meatpacking roots!?!"

Yes, my friends, THAT was the end of Chicago's Olympic chances. If someone asks you today whose fault it is, you go on and tell them, "Moo & Oink!"
Email Post
Labels: Barack Obama Chicago I know you think I'm crazy after reading this kanye west Michelle Obama Olympics Oprah sarcasm

The winter Olympics is coming to Vancouver in 2010, and has cost the city MILLIONS. Cost over runs are huge, housing prices are so high ($800K+) that people can't afford to live there, school districts and social programs have been slashed, as well as our art funding, libraries, etc.

And people think the Olympics is a good thing? It's so expensive I'm a resident and I can't even GO.

In all seriousness,I feel your pain. But hmm..housing is crazy expensive in LA and all our funding for social programs and schools has for sure been slashed. Art funding? We don't even know what that is in our schools... and the Olympics haven't been here since 1984! In fact, LA hosted the Olympics without going into any debt at all. Maybe they need to come back here!
11:56 AM, October 02, 2009

Anonymous said…
When I look at the outrageous over-spending here (to the denial of dozens of desperate social programs) to finance the Vancouver Olympics in February, all I can say is the good people of Chicago should consider themselves lucky to have lost. I'd happily give ours to them.
1:32 PM, October 02, 2009

Maria said…
SM - I agree - are we going to borrow money from China to host the Olympics? How about we get our checkbook balanced before we write any more checks...

PLUS - all I could imagine was a good excuse for terorists to focus on Chicago.

Sadly I must admit that the Olympics is so political now that I feel it's intent is lost. What should bring the world together doesn't always hit it's mark now does it?

Anonymous said…
I just noticed that Scattered Mom covered much the same ground as I did, and I completely agree with her.
1:34 PM, October 02, 2009

Liz Dwyer said…
Mr. Write On,
In all seriousness, it does seem like the Olympics do become about more than just international good will and sports. Countries spend money in some sort of keeping-up-with-the-Joneses kind of thing. Will Vancouver's debt be as bad as Montreal's debt?

Maria,
Safety is always a concern at any Olympic games. Remember Atlanta? But the thing is that a terrorist act could happen at any time in any city. They don't have to wait for the Olympics when security is at its highest. They could hit Chicago tomorrow.

The political stuff is very sad. Instead of it being about coming together, our media, and quite a few individuals, are trying to turn it into the typical conservative vs Obama b.s. Ugh.
1:39 PM, October 02, 2009

Liz Dwyer said…
Mr. Write On,
There are so many deeper problems with the Olympics/hosting the Olympics. But the blame game and the outright joy that some people are showing over what they perceive as Obama's failure is sad. It's just appallingly divisive. :(
1:42 PM, October 02, 2009

nick said…
I'm with Scattered Mom. Why do the Olympics have to keep moving from city to city anyway, why can't they just stay in one place (like Greece)? The cost to the host city is colossal, always much higher than the early estimates. The economic benefits are usually pretty short-lived. And yes, each city competes to make their Olympics grander and more prestigious than the last lot.

The London Olympics are going to cost massively more than first estimated, and the National Lottery Fund, which is supposed to help lots of deserving charities, is being raided to provide the extra cash. Meanwhile public services are being run down just as Scattered Mom complains.
2:15 PM, October 02, 2009

Liz Dwyer said…
Nick,
I like the idea of them moving around! Makes it a little exciting to see a different city each time. But if it's really a worldwide thing, shouldn't all participating countries contribute a certain percentage to the cost?

I guess more study of how LA did it and actually MADE $200 million dollars is needed. I know our city sure could use that money now because we are BROKE!

nyc/caribbean ragazza said…
It is interesting how the L.A. Olympics were so successful financially. Maybe other cities should study that model. Or was it a different era never to been seen again? Why have costs skyrocketed?
7:20 AM, October 05, 2009

Liz Dwyer said…
NYC/CR,
Isn't it interesting that LA was able to get that right, especially when it seems like we're in the tank $$ wise all the rest of the time. I read that part of the reason was that they used existing facilities at all the universities in the area instead of spending a ton building stuff, and they really excelled at getting corporate partnerships.
4:15 PM, October 05, 2009