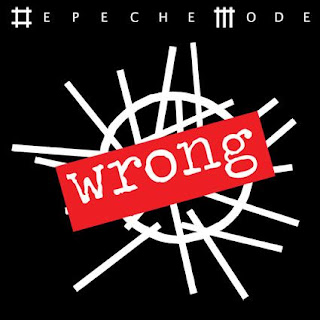 The Grammys just finished. (I've been watching the East Coast feed online.) And of course Taylor Swift won lots of stuff including album of the year - which is insane because my ears cry out "Mercy" every time they hear Taylor's voice! Er, that girl can NOT sing.

This proves once more that great music doesn't always win a Grammy. Depeche Mode CAN actually sing and they're only the biggest selling -100 million albums- and most influential alt electronic music group in history, but nope, they've never won a Grammy.

I'm not too mad at the Grammys because this is what they do. They've snubbed lots of great musical acts over the years or not awarded songs that probably should've won. For example, Nirvana's "Smells Like Teen Spirit" did NOT win the year it was nominated for best rock song. Hard to believe but true.

TMCPhoto said…
The last time I was really excited about the music and the awards on the Grammy's was (and I'm gonna date myself here) way back in 1982. Over the years I've found that the music that doesn't make it on the award shows is more interesting on all levels from songs to video. Depeche Mode tops the list.

Truly, the Grammy Awards are for those who can't or won't look past what's on the top 40, nominations are tossed here and there to those who push boundaries like Depeche Mode and The Beast and hopefully hopefully there is someone out there who discovers someone astounding to add to their playlist.
10:52 PM, January 31, 2010

Liz Dwyer said…
Lisa,
Can't sing but is most downloaded artist of the decade. I don't understand it at all.

Elita said…
I totally get the appeal of a Taylor Swift to a young girl. She writes songs about liking boys and not always fitting in. She's cute and innocent, something parents would be happy to let their kids listen to. Yes, she's a studio singer, but I think you have to give her props for her talent as a songwriter.
Album of the year? Definitely think there are arguments to be made for Gaga winning that one. But despite what you think of her talents, I don't know how anyone can say they are shocked at Taylor's popularity. She is a textbook new millennium pop star.
6:11 AM, February 01, 2010

nyc/caribbean ragazza said…
I hear you. I think I stopped watching the Grammys five years ago. Couldn't take it anymore and I'm a big music fan.

I'm looking forward to hearing Sade's CD when it drops later this week.

The Moon Topples said…
Elvis Costello losing Best New Artist in 1977 to the Starland Vocal Band (Afternoon Delight) tells me just about everything I need to know about the Grammys.

On the plus side, the Phoenix record that snagged the alternative Grammy was a truly fine record.
7:50 AM, February 01, 2010

Val said…
The Grammys have turned into high priced karaoke. Most of the performers were lip-syncing (Beyonce, Pink, Lady Gaga) so what's the point? They could have just shown the videos instead and saved a lot of money and time.

Taylor Swift trying to sing with Stevie Nicks was a joke.

Anonymous said…
Great music rarely wins a Grammy, and I think a mark of musical attainment is to have 'not' won. That probably means you are good.
11:32 AM, February 01, 2010

Liz Dwyer said…
Elita,
I'm sure TS is popular precisely because her image has been crafted into that good girl thing. Hope she really is that way in real life. It would certainly be refreshing if that was the case. I guess she's like the modern era's boy band craze.

NYC/CR,
Yes, I'm soooo looking forward to Sade! She better clean up at the Grammy's next year. Then again, not holding my breath!

Moon,
Starland Vocal Band??? What in the world? The Phoenix record is good - I like the remix compilation better. But because the Grammys took away the best remix category it can't be recognized.

Val,
I think Pink wasn't. Or at least she says she wasn't and says there's no reason to lip sync. Who knows, tho!

I totally wanted someone to push TS off the stage when the performance with Stevie Nicks came about. It was an absolute travesty.

Ian,
So in that case Depeche Mode fans should feel pretty swell today! ;)

I actually like Taylor Swift. She's definitely the girl I listen to on my car radio and YouTube (as you can tell, I don't own an ipod, lol). I'm not gonna front. I don't think she deserved Album of the Year, though.

Depeche Mode is the hotness! They definitely deserved a little something. The Grammys can be such a travesty for music recognition...hence as to why I don't care to watch it..
12:32 PM, February 02, 2010