Requiem For A Beta 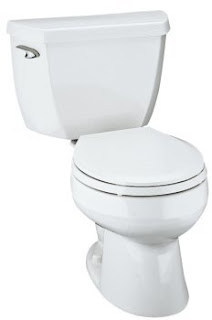 Nine-o-clock on a Sunday night seemed like as good a time as any to reveal to my eldest son that Nemo the fish had gone to "swim with the fishes." We'd put it off for as long as we could. This is totally gross, but Nemo was starting to decompose.

You know that not all pets last forever, right?"

"Well, Nemo isn't with us anymore," said my husband.

I sat there listening and wondering if he could be any more vague. Come on, I know my son's smart but is a five year-old kid supposed to get what "with us" really means? Of course, even though I was the parent against surreptitiously replacing Nemo with a look-alike (felt a little too Pet Sematary for me), I also somehow managed to be the parent merely standing around as moral support.

"What?" Five year-old eyes filled with tears. I guess I didn't think he'd cry. After all, the fish had been dead for two days almost and he hadn't noticed. But, those black diamond pools rapidly overflowed.

"Nemo died?" Hysterical sobbing ensued. Five minutes of it. Then we gave him a choice: bury him outside or flush him down the toilet. Guess which option was chosen.

To give Nemo a proper send-off, we all put on black suit jackets and brushed our hair and teeth. I felt like I was in an episode of the Cosby show, except we're not rich like those Huxtables and our kids actually look like they are related. Then, we had reflections on good times with Nemo. You know, "Nemo was so good at swimming in his tank." Then a prayer, "God, keep Nemo safe from sharks."

Finally, it was time to flush Nemo away. More hysterical sobbing ensued as Nemo disappeared into the bowl. Five minutes later, I knew my son would be just fine.

"He was such a good fish. I'll miss Nemo. Can we get a dog? How about a cat? Or a hamster? I like hamsters."

jali said…
I love your weblogs. for some reason I couldn't comment on the other this morning. Thanks for the visit since it's brought me a new great read.
6:22 AM, December 12, 2006

velvet said…
Wow, you handled that so well! I can only imagine how hard it is to explain a death involving a pet that they had an emotional investment in.

I had a hard enough time explaining the dead mole out in the yard without my sons getting upset.

Great blogs! Thanks for visting mine.

Polyman3 said…
We went through the same thing years ago when my daughter was that age with "Snowy the Guinea Pig".
-It was hard, but we finially succeded in getting her down the bowl.
7:57 AM, December 12, 2006

Sundry said…
Thanks for that. The whole flushing thing is a completely understandable choice, having seen "Finding Nemo." I mean, it's not as final as the ground. Your imagination can follow him to the sea.

Liz Dwyer said…
Somehow our sons have exacted a promise to acquire new fish this weekend. Plural fish not singular fish. They are very excited to head to petco.
2:38 PM, December 13, 2006

heartinsanfrancisco said…
I love the black jacketed funeral in the bathroom.