Don't Be Orange! Just Be White! 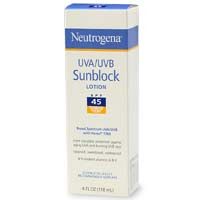 My father can't be out in the sun.

If he's out there for even ten minutes without some sort of sun protection, he starts to burn. He turns a nasty red color and it's not pretty.

Last spring when he was here in LA, he took a trip to Santa Monica pier on a cloudy day. He left the hat and the sunblock at his hotel because of the clouds. Big mistake because he turned into a nice, pink lobster.

He can't help it though because he's Irish.

I have been told by a few very stupid people over the years that he only married my black mom because he needed her to legitimize his jazz career, and because he didn't want to have melanin-challenged children. But overall, I think he's done alright accepting his whiteness.

I'm not so sure about these white men running for president.

Right now, I'm watching a rerun of the republican presidential forum on Fox News. I'm only watching this because I can't sleep and I don't feel like watching Zorro movies on TNT for the umpteenth time.

Anyway, I have no idea where Ron Paul is so I can't speak for him, but I'm watching five white guys who all appear to be having a really hard time accepting their whiteness. They probably all have the burning up in the sun problem my dad has, but today they are not white like he is. Nope, they are all absolutely, positively...orange.

In the dead of winter, in New Hampshire, they're orange.

Fred Thompson looks like he took a burnt sienna crayon and colored himself. He forgot to do his hands though so when he holds them up by his face, it looks really weird because the hands are sooo white.

I'll give him a pass though because since he's an actor, he can't help it.

Rudy Giuliani...well, he's so dark tonight that I half expect him to bust out that he's not really Italian. Yes, get ready for scandal! He's gonna reveal a deep dark secret that his parents are really lighter-skinned blacks who decided to pass themselves off as Italians. So we can feel comfortable voting for him as our nation's first black president.

Rudy's another one who missed matching his hands to his face.

John McCain is a weird peach-orange color. His hair looks really silvery white against the orange of his face. His stylist clearly colored his scalp orange too, so there's streaks of orange peeping through his comb-over. I'll give him credit though for at least sporting his natural hair color, even if someone should have told him that that tone of silvery white clashes with the orange skin.

Mike Huckabee is sitting next to Mitt Romney. 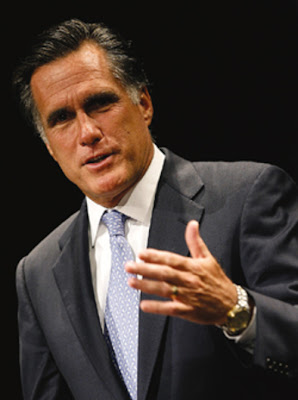 Goodness, the animosity between these two is palpable. If looks could kill!

Mitt is definitely tanner than Mike, and he looks like he might have hooked up his hands too.

See, this fact doesn't help him because it just increases his rep of being a pretty boy. He's 60 years old and he has less gray hair on his head than I do! Does he really think we believe that phony two or three gray hairs by the ears?

Huckabee has a head of brown hair but he's got that nice round bald spot in the middle. When he tilts his head down, it's clear the stylists forgot to apply the tanner right there. He forgot the white hands as well.

Mitt's probably thinking, "I should steal Huckabee's stylist and see how he gets along without self-tanner!"

Who has clearly told these men that Americans only like their men orange, not white? And that we will not vote for someone who's just their plain old white self, even though every other president we've had has been, well, old and white! (I can't say "plain" because we all know how good looking JFK was.)

So please, someone, anyone, hip these guys to the fact that none of us want to elect an Oompa Loompa. Make them take a lesson from my dad and just be the white guys they were born to be.
Email Post
Labels: fox news I know you think I'm crazy after reading this republicans skin tans white men

nyc/caribbean ragazza said…
Liz, hahaha. I saw the back-to-back debates on ABC the other night. (what did you think about the Hillary vs. Barack moments? She tried to tag team him with John Edwards only to have Edward defend Barack....doh!)

I'm thinking it's not self tanner but make up.

The way everyone was beating up on Mitt during the ABC/Facebook debate, I actually felt a little bad for him. On Saturday night I thought he and John McCain were going to get into some fisticuffs.

Re: Rudy, there is an old saying, Africa starts at Rome.

Also, regarding yesterday's post, it is said Hollywood is politics for stupid people. I have worked in DC and Hollywood. I'd rather be smart than beautiful. Beauty fades but stupid is forever.
5:35 AM, January 07, 2008

Anonymous said…
LOL! I have never understood the whole "orange phenomenon." Who actually thinks they look better like that?? There's a girl in our office who resembels a human cheez-it cracker she's so orange. Happy New Year!
6:22 AM, January 07, 2008

BZ said…
LMAO @ Oompa Loompa!! You are too funny. I watched the debates on Saturday. I already know who I'm voting for. But, the pettiness is just too entertaining to miss.
9:39 AM, January 07, 2008

Jen said…
So please, someone, anyone, hip these guys to the fact that none of us want to elect an Oompa Loompa.

Liz Dwyer said…
NYC/CR,
Whoo, I loved how Edwards defended Obama. He's no fool and she looked SO angry, didn't she! I felt like I was watching her "Dean Scream" moment and Barack played it so cool and collected. I thought John Edwards wanted to bust out laughing at the end of it. LOL about that saying regarding Rudy. Never heard that one before.

I would feel bad for Mitt Romney except for him lying that his dad marched with MLK. I have no sympathy for him over that, but he did look like he wanted to slap somebody!

I hope it's makeup but goodness, they need to do the hands too. Lucky Barack, he doesn't need the orange glow.

BTW, you clearly have smart on lock, and I have a feeling you're doing just fine in the beautiful department! :)

Hammer,
They're gonna start singing the song...and maybe they should listen to the lyrics as they sing:
"Oompa, Loompa, oom-pa-dee-da
If you're not greedy, you will go far!
You will live in happiness too
Like the Oompa Loompa oom-pa-dee-do"

Sundry,
AAGH! And let's not forget about Orange County!

Jameil,
Just like how they had a campaign about "There's no such thing as a healthy tan", there needs to be an anti-orange campaign. It's just the worst.

BZ,
They were clowning on Saturday and the Fox one on Sunday with the Republicans was just as bad. I definitely would not be surprised to hear that McCain and Romney started fighting and then Huckabee jumped in while Giuliani stands there. Then Giuliani will say that just like he cleaned up crime in NYC, he can end the violence between his comrades.

Jen,
Definitely be fired! I mean, we don't see the British politicians rolling around looking orange. We don't see Europeans in general looking orange. So why do Americans do it? It just looks sooo fake and terrible!
11:17 AM, January 07, 2008

Open Grove Claudia said…
I laughed out loud to this post. I love your descriptions of the variety of orange. Isn't it odd? White people are crazy - myself included.
4:25 PM, January 07, 2008

Liz Dwyer said…
Claudia,
We're all a little crazy these days. I wish I could be alive to read how history interprets the orange glow.

Liz Dwyer said…
Jali,
Oops! Forgot to type in my reply to you as well!

Anyway, the orangitude is everywhere...and if you really want to see the epitome of LA-style orange, do a google image search for "Joel Grover KNBC" -- dude is seriously orange and with the whitest teeth money can buy!
8:23 PM, January 07, 2008

Anonymous said…
They must have used tanning lotion to get orange. Naturally tanning can cause redness, but not orange, unless sunburn is involved. I can understand why some pale people would want to tan to get rid of the glare of pallor, but it doesn't take that much time in the sun to do that.

I think red heads shouldn't tan. It doesn't look good on them. They tend to get a cinnamon brown coloring, which just looks strange like cinnamon bread.

The media does not really comment on tanning the same way they do with skin whitening. It's because it's socially accepted to tan, but not to lighten. But both aren't natural at all. One is seen purely as a cosmetic enhancement. The other is seen as a way to deny one's ethnic roots. But most white people are not tan, unless they have Mediterranean heritage. It's interesting that the beauty standard has shifted to tanned skin, yet it's still considered part of the ideal for white people. Natural tans are not really indigenous to Europe. Mediterranean people get their tan from their Moorish roots, meaning Arab, specifically Moroccan. Northern Italians tend to be lighter than Southern Italians. So somehow a non-white trait became part of the standard of beauty for Caucasians.

Anonymous said…
"It's interesting that the beauty standard has shifted to tanned skin when natural tans are not really indigenous to Europe" is what I meant instead of:

"It's interesting that the beauty standard has shifted to tanned skin, yet it's still considered part of the ideal for white people."
7:26 AM, January 08, 2008

Miriam said…
LOL that was too funny!!!

Liz Dwyer said…
Jstele,
Sorry to be so slow replying to your comments.

If I was a gambling woman I'd bet money that none of them have real tans. John Edwards' tan actually looks fairly natural and Hillary Clinton doesn't seem to do the tan thing at all, which is very interesting. Of course, if you only have a tan on your face, neck and arms, that's still not desirable because that implies you're a laborer.

Miriam,
I think about the proliferation of selfless tanners a whole lot. It's a weird phenomenon.
4:25 PM, January 09, 2008