OCD Listening: It's All True by Tracey Thorn

I started my other blog, Reading and Listening because I wanted someplace to put the music and books that I'm into. The problem is that I'm lazy and I don't update that blog enough with everything I'm reading and listening. I may shut it down and just post it all over here. I haven't decided yet. 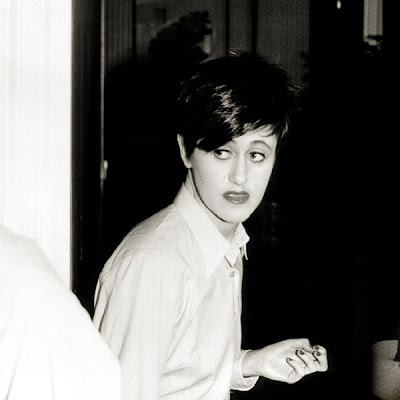 In the meantime, I have listened to "It's All True" by Tracey Thorn a good 77 times in the past 24 hours. And that's just the radio edit. If I add in the dub version (18 times) or two other remixes of it (7 times), that takes me to 102 times in the past 24 hours. I'm not kidding. Yeah, I might have a little bit of OCD with this song. (Hey, we all have our own issues, right?)

So, Tracey Thorn... if her name doesn't ring a bell for you, that's a shame because she's the hauntingly perfect voice from the duo Everything But The Girl. Still doesn't ring a bell? Remember their hit, "Missing"? The Todd Terry remix of that song came out about 12 years ago and was a huge hit. It was also the "Mango" song from that Saturday Night Live skit.

Anyway, I'm a ridiculous fan of EBTG and Tracey Thorn. I've been dying for some new stuff from them and it's been a long time coming. Tracey hasn't recorded since 2000 because she took time off from music to raise the kids she has with her partner from EBTG, Ben Watt. Well, now she's back with a new solo album called Out of the Woods and the first single, "It's All True" is '80's redux done right. Wow, the wait's been worth it. The synth bass in this song is out of control. If you don't dance to this, something is clearly wrong with you, like your legs are broken and you're in a wheelchair.

I love the "It's All True" video just as much as the song because it so different from the videos most female artists are putting out these days. You aren't going to see a shot of Tracey's barely clothed ass shaking in the camera. No boobs bouncing either. In fact, we never see a close-up of Tracey in this video. Instead, the camera starts closer and then pans OUT for an even wider shot! What a relief that she's still about the real deal and not merely the oversexed hype that seems to pass for music these days.

Also, for you all who love Tetris, with about 27 seconds left, this video has some creative Tetris imagery via umbrellas. I was Tetris champ of my dorm in my freshman year of undergrad so I went totally crazy when I saw it.

Email Post
Labels: Everything But The Girl It's All True Music Tetris Tracey Thorn

I fell for a woman named Carrie Newcomer some years ago, and listened to the only release she had at the time ("Bad to the Bone," I believe it was) about one hundred times over the period of about two weeks.

Liz Dwyer said…
Kim,
Doesn't Tracey Thorn have such an amazing, distinctive voice? I'm glad you know who she is now and hooray that she's back making records. I'll have to see what I can dig up on Carrie Newcomer because she sounds interesting.
8:05 AM, May 27, 2007

Chas said…
Been a fan of this voice for years too. She sounds like blue collar hands: warm, strong and just a bit rough. everything she has, she worked for and earned.
4:29 PM, May 29, 2007

Liz Dwyer said…
Chas,
She does sound like that. It's like she's not gonna work too hard to belt something out because she's worked so hard to get where she is, like it's all right there in her heart, on the tip of her tongue. All she has to do is open her mouth, and voila, magic.

Mojan,
I was bouncing over to her MySpace page for awhile but hadn't in awhile because there weren't many updates. I ended up hearing one of the remixes of this song last week and I'm so glad I came across it. Everything on the cd isn't quite as dance oriented, but it all sounds good, sounds true.
8:52 AM, May 30, 2007

Anonymous said…
as long as you're talking/blogging about music you like... i thought i'd tell you i met a woman who listens to house music as she's going to bed. of course, that made me think of you.

Kari,
Oh wow! Are you sure I haven't moved back home? Hey, maybe I really do have a clone or something. Funny thing is, I barely slept for half an hour last night. I only dozed off when I was listening to some fabulous new tech-house.
4:10 PM, May 31, 2007

Kate said…
Love Everything But the Girl. But...I'm not really a fan of the more electronic stuff like their last album. I have to admit that I wasn't crazy about the song/video on this post, either. I guess I just really like the Apron Strings era.
6:23 PM, May 31, 2007

Liz Dwyer said…
Kate,
I do like the earlier stuff as well. I think some of the other songs on Tracey's cd remind me of that. But, I really love their electronic stuff so much. It's the voice that does it for me!
5:31 AM, June 01, 2007

Tafari said…
I love EBTG big time. My all time fav is Driving & my favorite more recent is Mirror Ball (jazzy jeff remix), I also love Rollercoaster, which I can listen to over & over again many times.

It's cool to see other Black fans out there. My friends never understood.

Liz Dwyer said…
Bygbaby,
I know what you mean. I have many friends who have never understood either. If it's not played on "urban" radio, they aren't listening. And Mirror Ball is the jam. In fact, I'm gonna go listen to that right now.
10:38 PM, June 03, 2007