Dear Miss USA: Getting Up IS Hard To Do

Aren't you glad the Miss Universe pageant is over? After your ordeal of falling on stage on Monday night, in front of a TV audience of a billion people, how are you doing? 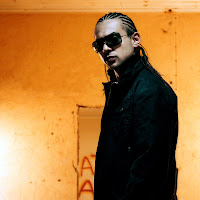 Tell me what happened. Were your heels too high? Did you step on your dress? Was it the music? Personally, I love that Sean Paul/Keyshia Cole song, don't you? I thought it was great that you all got to strut your stuff to it during the evening gown competition. But, I wouldn't blame you if you suddenly started thinking of Sean Paul and just lost your balance, because, well, he's pretty fly.

I'm sorry, don't cry. I know, I'm bringing up painful memories. And folks are definitely making some mean and unnecessary comments about you. Who knew that the footage of your falling would be such a hit on YouTube? But, don't worry. In case it feels like the end, I am proof that you can fall on stage and still be a success in life.

In fourth grade, I was in a play called "A Keg of Gunpowder". I wasn't the leading lady or even in a supporting role of that amazing, revolutionary war tale. In fact, I might have only had two or three lines. But, I had to dance on stage. While I was dancing, I stepped on my floor-length costume and BAM! Down I went.

I know, a billion people weren't watching me do it. And I wasn't getting stared at by Nina Garcia and the other "judges". But I did have a very stern nun named Sister Paula hissing at me from the side of the stage, "Get up! Get up! NOW!"

What she meant was, "Get up before I kill you because you're ruining the play!" Yes, Sister Paula was a fierce woman, one of those old-school teachers who believed that humiliation helps the soul grow character. I think she liked to make kids cry just so she could spit out her famously stinging setdown, "Stop crying those baby alligator tears."

The third day of school in her class, we had a written assignment due. She held mine up in front of the class. "Do you know how to write?"

From her tone, I knew something was wrong. I was scared to death, but I answered, "Yes,". Not a pop-my-neck-with-sass kind of yes. Not a bored sighing kind of yes. It was definitely a meek mouse yes.

She pounced immediately. "No, you do not. This," she shook my paper in my face, "is not cursive. This is printing. Printing is not writing." She then proceeded to rip my paper up and throw it in the trash, promising that if I didn't learn how to properly write in cursive, I wouldn't make it out of the fourth grade.

So you can imagine how well my tripping on the long skirt of my costume went over with Sister Paula. You can imagine how, when I tumbled forward into the props, knocking them all over the place, I was convinced she was going to emerge from the eaves to box my ears.

At least you had the presence of mind to get right back up, strut your stuff and smile, despite the boos from that rude crowd. I don't even think there was a Sister Paula type there to yell at you and tell you to get up! Given your backbone, I'm sure you'll go on to be a success in the world and no one will even remember this little incident after the next pop-culture "news" story hits the Internet.

In fact, since your little mishap seems to have brought out quite a few antagonistic comments (see the comments on the YouTube footage) between Mexicans and Americans, maybe you can add some Mexican/American unity efforts to your Miss USA platform. See, some good could come out of this after all.

If you need a shoulder to cry on, just let me know.

West said…
I got the lead in the one play I was in.

Sorry. I don't get many opportunities to bring that up.

Jali,
Only till 8th grade over here. Then I went to public high school which brought a completely different experience. I can't decide which one was better/worse.
2:35 PM, May 30, 2007

Chas said…
I don't often have "stand up for America" moments but I have to admit I was a little ticked when she got booed on stage. Here I was thinking we had the monopoly on ignorance but that crowd proved its a global epidemic.
6:06 PM, May 30, 2007

Liz Dwyer said…
Chas,
Yeah, I read that that's what they were doing. I couldn't quite tell if they were booing because I didn't have the volume on the tv up (the problem with tech house induced hearing loss). Seriously, folks should be able to separate US policies from a beauty pageant. That woman has nothing to do with George Bush, Inc. whatsoever. Plus, I didn't think Miss Mexico was all that, despite what the home crowd may have thought.
11:15 PM, May 30, 2007

Anonymous said…
Boy, I thought I had some nutty teachers. Sister Paula sounds like a mean old battle axe. My three sisters used to watch Miss Universe together and make catty remarks about all of the contestants. One year my oldest sister said, "Miss Korea looks like the bag lady on 14th Street!" It was so embarassing (for me) but I guess pageants are about humiliation on some level.
4:25 AM, May 31, 2007

Jameil said…
lmao!! that footage was insane. i gasped very loudly when i saw it, then laughed. poor thing. she got up and went on well, though. baby alligator tears?? sister paula was gangsta.. and evil! who did what to her? but i'm soooo gonna use that.
9:22 AM, May 31, 2007

Phillipe Copeland said…
I think all the other ladies should have had a girl power moment and tripped and fell over in solidarity with their sister from the U.S. That would have made for some real news, then they could have marched off stage and started their own pageant called Ms. Science or something of equal value to society rather than who looks pretty in an evening gown and gives out food to kids in Cambodia. When are we going to grow out of this female body as entertainment fetish?
9:32 AM, May 31, 2007

Liz Dwyer said…
TK,
Yes, Sister Paula was a little mean, but dang, I'd hate to hear what your sisters might say if they became teachers!

Gunfighter,
I still can't believe it actually happened to her. And she got up so fast and didn't even seem hurt. That's a true actress right there.

Jameil,
You know!!! Sister Paula was an equal opportunity mean teacher. She made boys and girls cry. I did learn a whole lot in her room though, so clearly, my need for therapy and a good education go hand-in-hand.

Phillipe,
BEST.COMMENT.EVER! I would have loved if they'd all fallen, then marched off stage, messed up Trump's comb-over and THEN started the Ms. Science pageant. Seriously though, preach!
10:18 AM, May 31, 2007

Jon said…
Please! Please! Please! Bring back that kind of teaching! Can you imagine how quickly teachers would be terminated if they tried something like that in most public school systems today?

Liz Dwyer said…
Jon,
Sadly enough, I thought what I was doing was cursive. My penmanship was just so horrible that she thought it was mostly printing. I went home and cried hysterically. My mom talked to her about it and said she'd work with me on the writing. I do think the good thing about Sister Paula was that she held really high expectations for everyone. There was no slacking at all and a whole lot of teachers could stand to improve in that.
12:47 PM, May 31, 2007