By now, the whole of America has seen Michael Richards' n-word laced rant delivered at the Laugh Factory here in Los Angeles. Everyone is just sooo shocked that he would use the word. Americans are wondering, "Did the Kramer from Seinfeld that we loved so much have this bottled up rage and anger at black folks back then?"


There was the gathering of black leaders in LA outside the Laugh Factory saying that it's just outrageous for these kinds of things to be said in this day and age. Richards was summarily condemmed for his comments. As he should have been. Michael, Michael, Michael...Everyone declares his career is done. Finished. Finito. Kaput.

I don't know about that though. I think there is a definite way he can save himself. 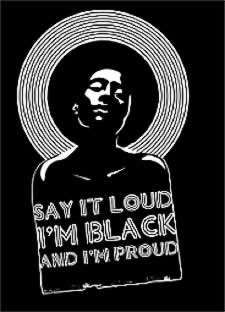 Michael needs to get himself onto Oprah to have a nice l'il heart to heart talk with her. They can talk about how the n-word is used so frequently nowadays that it seems that the only real reason we're upset is that Michael Richards is white. So, while on Oprah, I think it would be a good idea for Michael to come clean and acknowledge that he's part black. Yes, that's right. You read that correctly.

It shouldn't be so hard for him to come up with a black relative from somewhere in his family tree...and his hair is kinda wavy so it's slightly believable. He can tell us how it's the hidden secret in his family and he just has always had this self-hatred that comes through at the most inopportune times.


Remember when Don Cheadle, Terrence Howard and Ludacris were on Oprah last year to talk about the movie Crash and she challenged them about their use of the n-word? Remember how they said it was a term of positive endearment? They also said that black foks could use it but white people couldn't. It's like talking about someone's mom: I can talk mess about my mom, but you better not say anything about her. So, if Richards is really part black, can we still be upset for him using the n-word? Not according to most rappers who use the same rationalization, even though somewhere around 85% of rap records are bought by white teenagers.

Yeah, if Michael repents on Oprah, he's all good. They can have a nice chat about how our double standards on use of the n-word make it hard for folks like Michael to know what they can and can't say in public...cuz we all know he'll still say it in private, right?
Email Post
Labels: Oprah racism the n-word

Sundry said…
Hmmmph. Quite. I must say I have never envied anyone their right to use the n-word. It's like...why would I say f*ck in a Thanksgiving Day dinner prayer? It would amuse some, and hurt others. The laugh would not outweigh the hurt.

The truly distubing thing about Mr. Richards' rant was the "Fifty years ago" comment he started out with. Oh, don't go there. Fifty years ago the Holocost was just winding down. Fifty years ago, a woman could be barred from or shamed out of most career choices. What are you saying!?

Oh, Liz. You ask for two cents, and I so often toss in five. Hope you don't mind. Your provocative and thoughtful writing brings out the spare change in my brain!
5:46 AM, November 23, 2006

heartinsanfrancisco said…
Sounds a lot like -- what was his name again? Oh, Yeah. Gibson. Something Gibson.

Liz Dwyer said…
The funny (well, actually not so funny) thing is that some people are saying that Richards has brought the "n-word" into the forefront and caused us as a nation to critically think of it's use. Black comedians are now calling for a ban of the word so people are saying this wouldn't have happened without Richards. Last week, he was the devil. This week, he's a saint.
9:55 AM, December 05, 2006

Anonymous said…
He could be part black, it's not just the hair. For the only cast member of Seinfeld who isn't supposed to be part-Jewish, he actually looks the most Middle Eastern.
11:04 PM, January 07, 2011