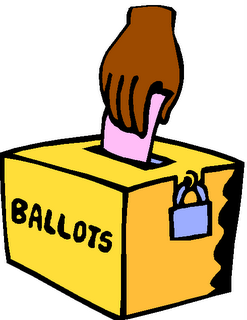 The big B.C. called. I should have suspected this would happen since Al Gore called yesterday and so did Los Angeles Mayor Antonio Villaraigosa. Unfortunately, I was out of the house every single time they called so I only heard their voicemails. I'll have to give them my cell number so that next time they want to talk to me, they can.

If you think that's big news that all three called me, well, I have an email from Barak Obama sizzling in my in-box. He's the future HNIC in case you didn't know...and no that doesn't stand for Hockey Night In Canada. Barak wants to know if I have the same urgency that he does. Umm...I think so. We are talking about saving that cheerleader on Heroes, right?

There are also about fifteen emails from John Kerry. I haven't read John Kerry's emails but I gather this is a really rough week for him. Maybe he should get a MySpace profile so he can get a few hundred "friends" to cheer him up.

Come to think of it, next election, I'm sure we'll discover that MySpace is the tip of the political iceberg. We'll probably just elect whoever has the most friends into office.
Email Post
Labels: Politics

Kate said…
This made me laugh out loud. In fact, I'm still chuckling.

I think these political messengers are worse than telemarketers. At least telemarketers don't leave voicemails! I've never felt more popular coming home to the flashing red light on the answering machine, only to be punted back to reality. It's only the candidates calling.