Tales of Unprotected Sex: The Man With 30 Children 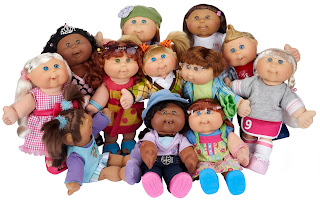 Back in high school I knew a dude who had 11 kids--all by different girls. I heard that after we graduated he even got the sister of one of his baby mamas pregnant. Seriously.

I never understood how he convinced girls to have sex with him. He had super ashy hands and long, dirty fingernails. His lips were so chapped they looked like:

However, his seed-sowing prowess pales in comparison to that of 33-year-old Desmond Hatchett, a Knoxville, Tennessee man with 30 children by 11 different women. Hatchett's so productive in the baby-making arena that he's fathered nine kids in just the past three years. He's so fertile I'm scared I might get an eggo in my preggo just from typing his name.

But, unlike King Abdullah of Saudi Arabia--who has 25 kids by 13 wives but is a baller because his country is an oil cash cow--Hatchett only has a minimum wage job. Now he says he can't pay child support for all of them and actually wants the state to give him a break from paying.

Can Tennessee require him to get sterilized in exchange for helping out the kids? Nope. The L.A. Times says "Under the law, there's nothing officials can do to force Hatchett to keep his pants on."

I mean, that's a LOT of unprotected sex going on. Can someone refer all the baby mamas--actually, any lady in Knoxville that might trip across Hatchett--to this post by AIDS activist Rae Lewis Thornton. Sure, her language is pretty graphic but she's nearly 50 and has lived with both HIV/AIDS and herpes for most of her adult life. She doesn't mince words about what the stakes are:


"There's a lot of f****** out there and for as much f****** there is an equal amount of sexually transmitted diseases to match any kind of sex you could ever have. So Why, Why Why, would you put yourself at risk? I just don't get it. What's the f****** problem? AIDS is the number one killer of African-Americans between the ages of 25-44. 72% of all new cases of HIV in women are African-American women. African-Americans are about 48% of the HIV cases in the United States and we are only 14% of the population. So I just don't get it."

Yeah, I don't get it either.

Even if Hatchett isn't currently spreading disease, why keep bringing children into the world who are gonna be saying, yeah, that's my half brother over there but I forgot his name? Heck, at this rate he'll soon outpace Brigham Young's--55 children by 16 of his 57 wives--baby production factory. Hmm...I guess one good thing could come of Mitt Romney getting elected: He'd put a lock on Hatchett's penis just to keep that from happening.
Email Post
Labels: babies children HIV Sex

nick said…
There's just one word that sums this up: irresponsibility. Some people really need to familiarise themselves with this rather useful concept.
4:11 AM, May 20, 2012

I heard this thing... that the real goal of reducing access to birth control and reduce support for kids is to recreate a slave class. This guy is taking the entire county back a hundred years. Crazy, crazy, stuff.
9:32 AM, May 20, 2012

Anonymous said…
This guy makes me think of Bristol Palin's lament that her son will be in class with half a dozen half-brothers and sisters.
Jenny
12:10 PM, May 24, 2012