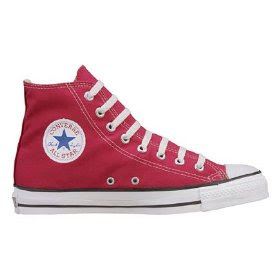 It is almost universally accepted that either a full moon or Santa Ana winds will make the crazy come out of us Angelenos.

We don't have the full moon right now. But, it's been over 90 degrees the past two days thanks to the hot, dry Santa Ana's.

The crazy train has been in full effect.

For example, on Friday afternoon, there was the 6th grader hanging outside my son's elementary school. I'd bet this 6th grader said more f-words in 30 seconds than Gordon Ramsey could in five minutes.

So, I politely asked him to stop swearing up a storm in front of my children. He told me where I could go and menacingly added, "You better watch your back!"

I wanted to sarcastically snap back, "Why? Is there a winning Lotto ticket taped to it?" But I didn't. I just politely thanked him for refraining from swearing in front of my boys... and then I hustled my kids away.

Then there was the hamster we acquired from Petco on Friday night. Snips was happily running on her wheel when I went to bed Friday night. When I woke up late on Saturday morning, she was burrowed in a little "nest" she'd made in her cage. By 10 PM, Saturday night, Snips was dead.

(Use your imagination to insert children's nervous breakdown right here)

Speaking of nervous breakdowns, when I say I woke up late on Saturday morning, late = 8:15 AM. I was supposed to get up at 4:45 to get ready to go run 20 miles. Instead, I, Queen of the Insomniacs, apparently shut off my alarm clock and kept SLEEPING.

When I finally did wake up, I had one of the biggest freak outs I've had in a LONG time. I actually cried.

Late Saturday afternoon there was the random child who drank from a water fountain at our neighborhood park, held the water in his mouth, and SPIT it out onto my five year-old.

I wish I was kidding.

My son was just standing by the water fountain, waiting to get a drink. He hadn't said a word to the spitting kid at all.

The father of the spitting kid was mortified and made his son apologize to my son, and then he dragged his boy away, yelling at him about how wrong he was to do that.

I kept thinking to myself, "Was this something racial? Was he spitting on my son because my boy is black?"

You want more crazy? I'm like Britney Spears, y'all... I got your crazy!

Today at the Glendale Galleria, the food court turned into a gang member gathering. These guys with "MS-13" and "Shatto 7" tatted all over their bald heads were eating Panda Express at the food court tables.

How much did I love the old white lady who obliviously went and sat herself RIGHT NEXT TO the guy with the most tattoos??? Trust me, she was NOT the one looking totally uncomfortable.

And finally there were the four guys hanging outside MJ's in Silver Lake. Three of them listened intently as one guy casually explained to the others, "Oh, that's my drug dealer. Isn't he just the hottest f***ing drug dealer you've ever seen?"

Oh, and I bought my five year-old some red Converse high tops. What can I say? He has been wanting those shoes for a year.

I'm afraid to even guess what kinds of stuff will happen.

nick said…
Seems like Angelenos are seriously freaking out in the heat. Perhaps you should all go round with T shirts reading "Okay, stay calm, it's a bit warm, all right?" Or maybe that would just cause more spitting frenzies....
2:43 AM, April 20, 2009

Anonymous said…
The swearing , threatening kid disturbs me. If he is that lacking in respect now, what happens when he hits his teen years. Sounds like a budding sociopath.
2:48 AM, April 20, 2009

Remnants of U said…
Hmm, 95 degrees and it's only April. Sounds like alot of scary days ahead.

Liz Dwyer said…
Nick,Not that we even NEED an excuse for bizarre behavior but the Santa Ana's have a whole mythology associated with them of folks doing nutso stuff when they're blowing. They make the air SO hot and heavy!

Citizen,The cynical side of me says that in his teen years he develops a juvenile arrest record. I'm sure he's a good kid underneath all the street-tough posturing but sometimes kids feel they need that posturing to survive.

Remnants,My boy was practically dancing to school today, so excited to show off his new shoes to everybody! He's in love with them!

sippinwineman said…
The weather's always nicer. . .It's a 'Cat in the Hat' sorta rainy here. We've experienced enough rain to call for an ark.

But I think the "craziness" is NOT just an Angeleno -thing. Every other news story is about a "murder-suicide" - father kills 3 kids, wife and self. Son kills sis, mom, pop and self. It's kinda like a backward 'The Happening' phenomenon. It s just creepy.

I wonder what would have happened had parents not been at the park when the spitting happened. When I was a kid (and you and I are roughly the same age) there would have been some punches thrown. hmmph.
9:28 AM, April 20, 2009

Shiona said…
Oh the heat make it stop. It is sad but true hot weather does crazy things to people.

Lisa Blah Blah said…
Where do I begin? First the swearing kid. He is the one who would make me say sarcastically, "Your parents must be so proud," before I hustled my kids off, which would no doubt egg him on and things would get really nasty, and let's just be glad I wasn't there.

Let me second the LA-heat-induced craziness. On one trip up Vermont from 3rd Street to Franklin today, I saw three separate incidents where someone either decided at the last minute they had to get in the left-hand turn lane from the far right lane, or get in the right-hand lane from the far-left. What on earth? Get me off the road!
3:11 PM, April 20, 2009

Anonymous said…
Yes, the weather was instantly horrible. I mostly stayed inside all weekend, and clearly, missed all the drama to be had!
3:34 PM, April 20, 2009

Ann Harrison said…
That woman sitting by the gang members just blows me away.

The sixth grader makes me shudder. (His future might be to sit next to an old woman in a food court.)

Your hamster. Man, what a drag. I grew up with hamsters and didn't find out until 6 little grave sites in the backyard later that their life span is 2 years. So not fair!
5:35 PM, April 20, 2009

Jameil said…
mess!! i'm straight on the heat. my fave? "How much did I love the old white lady who obliviously went and sat herself RIGHT NEXT TO the guy with the most tattoos??? Trust me, she was NOT the one looking totally uncomfortable." LOVE THAT!!
10:24 PM, April 20, 2009

Liz Dwyer said…
Sippinwineman,I wish we could have some of that rain. We're like 5 inches below normal this year. There is a LOT of craziness going on these days with people murdering their entire families. So sad.

I don't know if my boy would've thrown any blows if I hadn't been there because he was so shocked. Who knows though. He socked a kid when he was three because the boy kept pushing him, so maybe!

Shiona,It was SO hot I thought I was going to burst into flames when I went outside. 100 degrees today... it was insane! Yeah, the gang members, I know they get hungry at the mall, too, and totally want food, but they were unnerving.

Lisa,I've never seen this kid with a parent -- he used to go to the elementary school and now he's at King. But I know kids will ALWAYS try to raise you one so easy breezy is the way to go with them. Yeah, the hamster is still not replaced. I just could not bring myself to drive to Petco to get a new one. Folks do drive like nutballs when it gets hot, which is weird because it makes me want to just take everything slowly!

Lizriz,It was unreal how hot it got today. I hope it goes away soon!

Ann,She was awesome for sitting next to Mr. MS-13! I guess when it's a crowded food court and you see an open seat, you go for it! I hope that 6th grader doesn't turn into that guy, but statistically, there is that chance.

I keep hearing the hamster life span is 2 years... but that has not happened around here. The longest one lasted about 3 months.

Jameil,I wanted to go up to her and give her some dap, just for sitting there eating her food and looking fearless!
3:35 AM, April 21, 2009