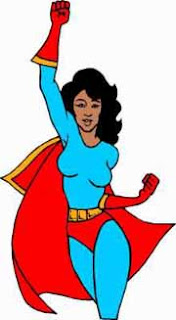 I want to stop time. I don't want tomorrow to come. I'm dreading it. Can I stop the sun from rising?

What is tomorrow? Tomorrow is my first day back at work after two weeks of vacation. I'm glad I took the time off because it took me almost a week of not going to work before I stopped waking up at 5:45 in the morning without an alarm clock. Having time off has helped me relax, and I swear, I'm going to start doing yoga or something to try to be less stressed out because by this past Thursday, I started mentally reviewing my to-do list. My insomnia bounced right back.

Being on vacation has also meant that I've spent a bunch of time with my two sons. It makes me feel like I might vomit, or cry, (or do both simultaneously) the next time someone says, "Wow, I don't know how you do it all!"

The truth is, I can't do it all. I try but I'm not superwoman. And, I'd be fooling myself if I couldn't admit that I can see a positive difference in my sons since we've gotten to talk and play and go to the park every day. They are usually such good boys and so sweet, but they seem happier than ever, more relaxed. They've stopped asking me if I have to go to meetings or if I have to work all the time. It breaks my heart when they do that. I don't want them doing that anymore, vacation or not.

What else does tomorrow have in store for me? Well, tomorrow is also the first anniversary of my brother's suicide. My brother and I weren't particularly close, but that doesn't make it any easier. I worry about calling my mom and dad tomorrow. I worry about how they're doing.

It's been hard over the past year to have this conversation:

Do you have brothers and sisters?
Yes.
How many?
One brother, one sister.
Oh, what do they do?
My sister is a deputy sheriff...and my brother is...well, he's deceased.
Oh. Sorry to hear that.

Sometimes I've found myself flat out responding that my brother committed suicide. Sometimes I've felt like such a liar to just say he was deceased when it really it's felt like so much more than that. No matter how I slice it, people don't know what to say in response.

Tomorrow the sun will rise. I will go to work, put a pretty smile on my face and pretend that I'm so happy to be there. I'll say a prayer for my brother's soul. I'll tell myself that my sons are lucky to have such a hard-working mommy as a role model of what women can achieve. I'll say, "Fine. How about you?" in response to the casual queries of how my day is going.

The Moon Topples said…
Sorry about the loss of your brother. And, to a much, much lesser extent, the end of your vacation.

Your boys will remember both how hard you work and how you try to make time to relax and have fun with them.
2:33 AM, January 08, 2007

Ingrid said…
i'm glad you had some time off. i haven't had a real vacation as an adult. i'm gonna work on that this year.

heartinsanfrancisco said…
Oh, Liz, I'm so sorry. It must be terrible for you in ways I cannot imagine.

I think that too often, people say nothing because they don't know what to say. I don't either, but I can send you warm hugs and healing thoughts and prayers, and I do.

I raised three kids alone, so I can totally relate to your pain at having to go back to work. So much of life is a compromise, but it's worst when that involves our children.

I'm glad you had a delightful vacation, though, and hopefully the memories will keep you going through at least the next work week.
12:49 PM, January 08, 2007

Chas said…
I know you Liz and even though you can't possibly do it all, it would be the people in your life who's hearts would break a little if you didn't do what you do. You're a role model for your sons, for your co-workers and the rest of us who get to see you in action. I don't know anyone who fights the good fight like you do with such style and grace. Any complications laid on you only make what you're doing that much more impressive. So I hope you got through your day as best you could and I hope you know how much people like me appreciate all the effort.
8:56 PM, January 08, 2007

Liz Dwyer said…
Oh thank you for such kind thoughts and your prayers. I definitely feel much better today. I'm glad to see the sunrise today.
8:31 AM, January 09, 2007

velvet said…
I'm really sorry for the loss of your brother. I can only imagine how hard that is for you and your family.

None of us can do it all and we all have doubts about our decisions, whether we stay at home, choose to work, or have to work. Your children will be just fine because they know that you love them.

Liz Dwyer said…
Velvet,
Hugs and thank you for your kindness. It does help me to think about the parents I work with, the parents who get no vacation days all year long because of the nature of their jobs. They never get two weeks with their kids.
5:48 AM, January 11, 2007

Anonymous said…
Liz, thanks for sharing yourself this way. It's a courageous way to honor your own efforts at carrying on despite the heartbreak and sadness over the loss of your brother, and what mothers feel over the time we spend with our kids, and away from them.
8:58 AM, January 11, 2007