2007 is finally here! Happy New Year to you and yours! All the celebrations are over and it seems we're all supposed to be figuring out ways to improve ourselves over the next twelve months.
I'll have to give that self-improvement memo to my neighbors across the hall. They started the day off by lovingly calling each other the same sweet, affectionate names they've called each other over the past year.
"Pendejo!" she shouted down the stairs.
"Puta!" he yelled back.
By this time I was making great use of my peep-hole (should I add "stop spying" to my list of resolutions?) and saw her momentarily dash back into the apartment. The cuss words were flying at a furious pace. Then stuff started getting pitched out the door. 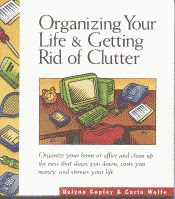 I assume she was throwing some of his things out into the hallway to fulfill her resolution to declutter their place.
He stomped back up the stairs and threw the stuff back inside the door, swearing alternately in English and en Espanol. Apparently he has issues with letting things go. Perhaps these are deep-seeded issues from his childhood. Maybe his mother wouldn't let him have a Barbie because she claimed, "Barbies are only for girls." It's probably a lost memory though and he doesn't know that all he needs to do is buy a Barbie instead of hoarding various random objects.

I suppose she understands his issues (or maybe he's the rare man that understands her issues) because ten minutes later, they were kissing and making up in the hallway. She was whispering in his ear and he was actually giggling before he said goodbye and calmly walked down the stairs.

What do you think she was whispering into his ear? For some reason, I don't think she was saying, "Happy New Year".
Email Post
Labels: Eavesdropping Los Angeles Neighbors New Year

I like the way cussing sounds en Espanol, especially puta, pendejo and chingada. It's hard to sound really ugly in a Romance language, no matter what you're saying.

Liz Dwyer said…
HISF,
I could always hope they'd gone to therapy. Or, that he'd moved out. I hadn't seen him for a week or so.

You're right, I don't think I can give up eavesdropping and spying. I've been doing it since I was a very small child.

It IS the Romance language factor! It's like she's calling him names but secretly telling him to come hither. It never sounds so elegant in English.
2:30 AM, January 02, 2007

Polyman3 said…
It's Ricky & Lucy! Ya, ya, ya!
That sounds like a lot of fun, can I come over and do some peeping too?

Mamita Umita said…
Ahh my neighborhoods favorite curse word - maricon or pendejo/a. Puerto Ricans have a way where it rolls off the tongue so smoothly.
3:02 PM, January 02, 2007

Liz Dwyer said…
Polyman3,
Come to think of it, I've never watched a full episode of "I Love Lucy". I think my mom hated that show so she always turned it off.

Mamita,
Indeed, they make it sound like they're telling you that they love you.