Things You Didn't Even Know You Wanted To Know About Me

My talented blogging buddy, Moon Topples did this meme called "The Thinking Meme" and he welcomed all who read it to try and answer the questions for themselves. I've seen several memes around and am not usually tempted to do them. However, I found that these questions actually do require a bit of thought to them, so I figured I'd give it a go: 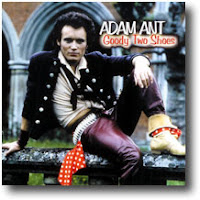 1.) If you had to choose one vice in exclusion of all others what would it be? Remember the lyrics from the song, "Goody Two Shoes" by Adam Ant? "Don't drink don't smoke what do you do?"

I had to look up the word "vice" to see exactly what qualifies. If vice is an absence of virtues, I'm certain there are plenty of virtues I'm deficient in. I don't know which one to pick. I'm really thinking hard on this one. Hmm. Does being an occasional reader of Regency romance novels count?

2.) If you could change one specific thing about the world what would it be? A part of me wants to say really lofty things like I want to see the end of racism and the elimination of extremes of wealth and poverty. I really do want those things. On the other hand,

that traffic phenomenon we Angelenos know as "holiday lite" is over. Everyone has returned from vacation and I'm back to spending half an hour to go three miles to work. I go so slowly on the 101 Freeway in the morning that I can eat breakfast in the car while steering with my knee. Unfortunately, we aren't alone in our traffic misfortune. The last time I was home in Chicago, I felt like I sat on the Dan Ryan for forever, not to mention the nightmare that was the Skyway Bridge. In New York, taking the M60 bus down 125th Street from the Triboro Bridge to Amsterdam has turned into an hour long journey. Yes, I'm voting for getting rid of traffic jams.

3.) Name the cartoon character you identify with the most.

Batman. The Dark Knight doesn't have any super powers but he has to use his brains and all the resources he has at his disposal to fight the bad guys. I hope I'm like that. Batman is also a little lonely and sometimes I feel that way.

However, just to check, I asked my five year old and he says I'm Bugs Bunny since I really like to eat carrots. When I pressed the issue, he said I could be Batgirl but not Batman because, "You're not a man. You don't have a penis." Well alrighty then! That clears that up.

4.) If you could live one day in your life over again which one would it be? The day I started this blog. I'd make it completely anonymous so then I could really tell you about the one day I'd live over again.

5.) If you could go back in history and spend a day with one person who would it be? How far back are we talking about? If we're talking about someone who's passed on, someone I've never met, I'd have to pick my mother's father. He's spoken of in such revered terms that I have this saintly image of him coming home after a long day of working at Studebaker's. But, I want to know what he was really like. I think it would probably help me understand a whole lot about my mom and my aunts.

6.) What is the one thing you lost, sold or threw away

that you wish you could have back? Most other little girls wanted a doll house. Pas moi! I wanted a castle, complete with a toy fire breathing dragon, a knight, a princess and some horses. There were two horses in the castle, a black one and a brown one. The black horse was my favorite toy. When I was about five years old, my family took an overnight trip and I brought the horse along. I put it under the bed in our motel room so it would be nice and cozy. Of course, my parents were eager to be off in the morning and put me in the car while I was still half asleep. I didn't wake up until we were almost an hour away from the motel. That's when I realized I didn't have my horse. We didn't go back for it. I've never quite gotten over the loss of that horse.

7.) What is your one most important contribution to this world?
My kids. No matter what else I do in my life, nothing will ever trump the honor and the responsibility of being their mommy. 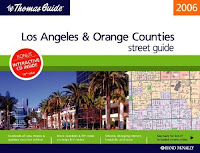 8.) What is your one hidden talent that nearly no one knows about? You all in the blog world may not know that in real life, I'm called the "Human Mapquest". People call me to ask for directions to everywhere. "I'm in Santa Monica and I need to get to Whittier. Where do I go?" It's because I used to be such a nerd that I used to read atlases and those AAA travel guides for fun...Ok, I'll fess up. I'm still that nerd: Now I read the Thomas Guide for fun. This is such a boring talent that thank goodness I'm supposed to be starting belly dancing classes soon. Hopefully next year I'll be able to say that I know how to belly dance. That sounds much more intriguing than saying I know how to get from point A to point B.

9.) What is your most cherished possession? This was really hard for me to answer since I try to be really detached from everything I have. But, it's a book. My favorite book when I was a small child was Home for a 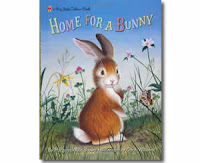 Bunny. It's by Margaret Wise Brown, the same woman who wrote Goodnight Moon. The illustrations are by Garth Williams, who also did Charlotte's Web. In the story, this cute bunny is looking for a home, somewhere he fits in. He meets all these animals and asks them all if he can live with them. They all say no. Thankfully, at the end, he meets another little bunny and they then live together.

I still have the copy my mother read to me when I was three or four years old. It's in one of my dresser drawers. I occasionally pull it out to read it to my own children, but it's a bit fragile. I freak out that they might somehow destroy the book. I need to get them their own copy before they think they're too grown.

10.) What one person influenced your life the most when growing up? My mom and dad both are serious bibliophiles and it's influenced me like nothing else. There are easily over 2,000 books in their house. My mom is the person who taught me how to read and as a family, we went to the library almost every Saturday. I was always expected to get several books to read during the week. Also, my parents have three full sets of encyclopedias at our house, along with several dictionaries, atlases and random reference books. They have almost every genre of literature, every single classic you can imagine. Imagine finding first editions of Poe and Hawthorne just a few shelves away from The Naked Soul of Iceberg Slim. There was always something to read and I was given the freedom to do so.

11.) What one word describes you better than any other? Good question but I don't know. Now that you know me a bit better, what would you say?

I'll refrain from tagging you to do this meme, but if you take a crack at these, let me know. I'll come over and check yours out.
Email Post
Labels: Adam Ant Batman Books Bugs Bunny Cartoons Childhood Family Mapquest Traffic Vice

Unknown said…
I'm glad to see that you decided to participate in this meme!

I'd love to see the library of books that your parents have compiled. My apartment is more books than anything else.
4:17 PM, January 17, 2007

The Moon Topples said…
In your hands, calling it "the Thinking Meme" begins to make sense. Your answers here blow me away by how thoroughly they shed more light on you as a person. Now I kinda wish I'd taken this a bit more seriously, or explained some of my answers more thoroughly.
5:27 PM, January 17, 2007

none said…
I wrote this meme last week for a couple of friends to do and I'm really surprised how far it's traveled.

Great answers I agree with number 4 completely for myself too.

Liz Dwyer said…
Zorak,
My apartment is also more books than anything. I have a bookshelf in every room except the bathroom. There are so many books that I hope and pray my parents pass on to me. I just don't know where I'll put them if and when that happens.

MT,
You inspired me to do it! I saw this on your blog days ago and loved the questions. You could always go back and do a version two of it if you feel like elaborating.

Mamita,
You are too kind...especially since I have a really bad cold and feel like death warmed over.

Hammer,
I'm so impressed that you are the original creator of this meme! Goodness, you honor me by commenting on my responses. I enjoyed your blog. I'll be back to visit again soon.
9:33 PM, January 17, 2007

heartinsanfrancisco said…
This was so enjoyable! Almost like spending some really good one-on-one time together, getting to know you.

So yes, reading romance novels does count as a vice. It's right up there with eating salt water taffy by the boxfuls.

I felt so bad about your black horse. It made me remember how as children, we imbue certain objects with magic. Luckily for all of us, you have retained your own magic, and share it so beautifully.
6:07 PM, January 19, 2007

velvet said…
Your parents' book-filled house sounds like absolute heaven! You were so lucky to have grown up around all those books.

I had a crush on Adam Ant back in high school. Don't know why I just admitted to that.