SHOCKER: Being "Anglo-Saxon" Didn't Help Mitt Romney in the U.K. 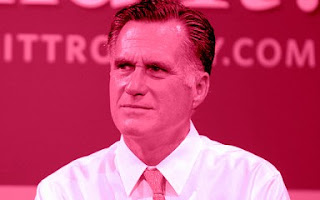 How far the American Society of True Understanding  of Anglo-Saxon Heritage has fallen.

Thanks to one of Mitt Romney's advisors, a mere 24 hours ago I was bemoaning how no matter how many PBS documentaries on the history of Windsor Castle I make my family sit though--or how much Depeche Mode I listen to--I'd never be able to do my part to restore any measure of "Anglo-Saxon" understanding to the special relationship between the United States and the Great Britain.

And if my half black, half Irish behind can't restore any specialness to the relationship between these two nations, you KNOW the most famous Black Irish dude in the world--President Obama--won't be able to do it, either.

Of course, it would be really racist to suggest that since Obama's black he can't understand human beings in another country. Obviously the savage Irish heritage is the problem. After all those Brits have a centuries-long disdain for our people from the Emerald Isle. Obama might accidentally kick off a world war by ranting about reparations from the potato famine.

Then I saw #RomneyShambles trending on Twitter this afternoon and discovered that Mitt Romney got all ""Yeah, you really do suck on your teeny tiny irrelevant island" about London's preparation for the Olympics. And...SHOCKER: the Brits weren't throwing their hearts at his feet and writing "Give Romney a pass for this diss cos he's Anglo-Saxon!" in their newspapers.

Prince Charles got all, "I KNOW HE DIDN'T!" 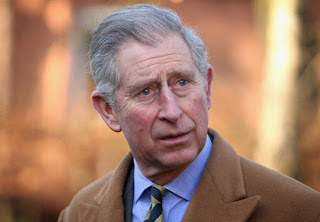 Then he ran and told his mom: 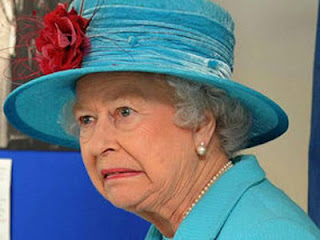 I hear Queen Elizabeth started talking about the Tower and decapitation...but since this is the 21st century, she headed to Twitter and started #RomneyShambles.

Indeed, Romney needs to learn the rule that I can talk smack about my mama, but I better not hear you talk about my mama. Even if every single Brit he came across was like "OMG, we are super unprepared for this Olympics," Romney should've known that all he needed to say was, "Congrats on pulling this off. It's going to be great...even if our track stars and basketball team are gonna take home all the medals."

Since he didn't know how to say that, Twitter is having a field day on him. They've even calling Romney "the American Borat."

Yep, I think it's safe to say Romney's blown his chance to prove to the Brits that he is the Chosen One that should be voted into the office of Head Anglo-Saxon in Charge of the United States. Hmm...don't you wonder if that advisor's been fired yet?
Email Post
Labels: #RomneyShambles Great Britain Mitt Romney Obama racism

nick said…
I haven't read much about Mitt Romney, but he certainly sounds like the kind of guy who opens his mouth and puts his foot in it.

Mind you, not being the slightest bit patriotic myself, I don't mind if Romney slags off the Olympics preparations - which have been far from perfect - if he could make a few helpful suggestions at the same time.

Is there any serious chance that Romney might end up as President and make the USA's problems even worse than they are already?
12:50 PM, July 27, 2012

Anonymous said…
As a black Brit. I am proud of my heritage and proud of all the countries that make up GREAT BRITAIN. Ireland, England, Wales & Scotland. We don't care what Romney or whatever his name is has to say about us.
10:25 PM, July 29, 2012

Laura said…
Ireland and Scotland are predominantly Celtic, rather than Anglo-Saxon.

Also, the UK isn't about to bond with Romney just cos he comes over to ours and says, hey, I'm white, too!

That's not how you make friends, that's how you alienate people. There's plenty of people in the UK who aren't white and he basically said, I have a special relationship with the whiteys, but not you guys. I can't bond with you, your skin is the wrong colour.

Anonymous said…
Sad to read that the tribute to the British bomb victims was edited out by NBC, for not being 'commercial enough'. That is utter disrespect to the victims, GB and the choreographer!

Insead, showing an interview with Michael Phelps is more important than the Brits who lost their lives.

Proud that the olympic ceremony showed our mixed diverse culture. I am also happy it focused on children and also got teenagers to channel their energy to positive things like taking part in the ceremony. After the riots we had last year, where teenagers felt alienated by society, I was glad to see them have such a big role in the ceremony.

West said…
I hadn't heard about this. I'll have to unlazify and check out Twitter.