Can a 'Crack' Addict Ever Kick the Addiction? 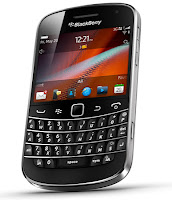 In a few short hours I'll be hopping on a plane and jetting off to Australia for work. The family is not--I repeat NOT--coming with me. I have told them that I don't care how trashed the house gets while I'm gone, it just better be clean by the time I get home.

You know what else might not be coming with me? My phone.

I say "might not" because, well, you know how Linus is with his security blanket? That's me and my phone. I am a "CrackBerry" addict.

Yes, I still use a Blackberry. No, I don't want to hear about how awesome your iPhone is, and I don't want to hear about how fan-freakin-tastic the 10 trillion apps you have on your Android phone are, either. I like manual keyboards. I don't even have to look at my phone to accurately type a response to an email or text, or post on Facebook or Twitter. Every single time someone asks me how I manage to tweet through a marathon WHILE I'm running, I tell them it's because I have a BlackBerry.

I thought about leaving my phone behind or taking it and just turning off the data plan since, as those of you who travel internationally know, the global phone powers that be can't get it together enough to make a reasonably priced phone you can use anywhere in the world without a lot of hassle and expense. But, just when I was thinking I'd be able to hack it for a week without one, I started getting anxious.

I sleep with my phone. It wakes me up since it's my alarm clock. I can be halfway to work and late for a meeting, and if I discover I've left it at home, I turn right around and go home to get it. While running marathons I use it either to document the experience or talk to people. So, Sunday afternoon I broke down and got an unlock code from my phone carrier so I can get a SIM card in Australia. One rep said if I unlock it, I'll void the warranty. Another guy said that's not true. The whole thing is giving me a headache and making me think, you know, MAYBE I should just leave it off and disconnect completely.

I seriously think I might have withdrawal symptoms just from the possibility of not having it around. What's that they say in AA? We admitted we were powerless over our BlackBerry--that our lives had become unmanageable. Sigh, I can do it! I can live without a phone for a week, right?

Larkraven said…
I don't know how old your phone is but they only have 1 year warranties and the providers are required by law to give you the unlock code especially if you are out of contract with them for the subsidy. As far as the manufacture of the phone is concerned they actually build the phones unlocked and the carriers lock them, so unlocking the phone from your carrier will not void the manufactures warranty. You just might not get any help from the carrier.
9:49 AM, July 03, 2012

Remnants of U said…
I miss real buttons. I held on to my Treo until it practically fell apart. I am not even the one to try to tell you to go a week without your "crack"
I couldn't do it. Wow Australia? cool!
6:57 PM, July 03, 2012

Liz Dwyer said…
Remnants,
I seriously don't get the obsession with NOT having buttons. I wouldn't even mind one of those ones with a slide out keyboard.
8:47 PM, July 03, 2012