You Didn't Win the Lottery But You Can Still Reward Yourself 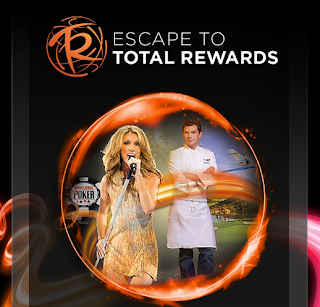 Sigh, you didn't win that gazillion dollar Megamillions jackpot. Yeah, no one I knew won it either--which is a shame because I was totally going to give them a congratulatory phone call and ask them if they'd like to invest in my next super awesome vacation.

For real, the number one thing I heard people saying they were going to do if they won was go someplace fantastic. Maybe you don't have the cash to head to a Bali, but you can still get in some relaxation anyway.  Take yourself to a great resort. Or maybe go skiing--yes, there is still snow around. Or do like the rest of Los Angeles is doing since it's spring break--seriously, traffic was so light today--and go to Vegas and have a good time chillin' poolside and seeing some awesome shows.

Earlier this month when I went to the Total Rewards concert at Hollywood and Highland, Cee Lo announced that he's getting a permanent show at Planet Hollywood in Vegas. That doesn't open till August, but in the meantime, you can play the Escape to Total Rewards game--which enters you for a chance to win some fabulous grand prizes--including getaways! Because you know I love to hook you up, I have a special code just for Los Angelista readers that helps you gain more entries: 9YKCCW.

If you can't go to Vegas or you aren't feeling making that grueling drive, no worries, Total Rewards has like 40 resorts and casinos nationwide so there's always someplace fun to relax and have a good time. You can also use the Total Rewards Picture Your Escape app to upload pictures of you and your friends having a ball--virtually. I should go make one of myself at a resort getting an awesome massage! Who knows, once I tag my friends in my fantasy photos of me at a resort, they might get so inspired that they'll decide what they need to do is make the fantasy come to life and take meeee! Really, hanging with some great friends is priceless.

Disclosure: I am honored to be an Influencer for the Total Rewards brand. Material and/or financial incentives may be received as a result of my involvement.
Email Post
Labels: Cee Lo Green Total Rewards Vacation Vegas