Tears Streaming Down My Face: The Trayvon Martin 911 Call 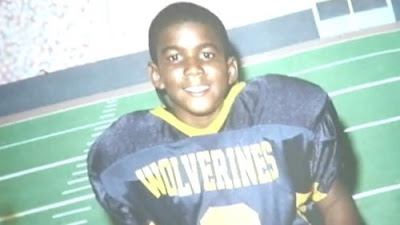 Twenty minutes ago I got switched over to Facebook's horrible Timeline, and I started complaining to myself: This Timeline ^@*# is the worst thing ever.

I was wrong. The 911 call about the murder of 17-year-old Trayvon Martin is the worst. I just listened to the recording and I am horrified. Tears are streaming down my cheeks as I'm writing this. You can hear poor Trayvon screaming, BEGGING FOR HIS LIFE.

Every mother I know who is an active consumer of social media--no matter what the color of her skin--needs to stand up and say that what happened to Trayvon Martin is wrong. Light Twitter up. Blog about it. Hell, y'all were outraged over kids in Uganda getting murdered and turned into child soldiers--how about you get angry about how black children on THESE SHORES are treated?

Sign the petition started by Trayvon's parents that calls for the arrest of George Zimmerman, the man who claims he shot Trayvon in self-defense. Self-defense my ass. You can clearly hear on the tape just who is screaming for help.

And remember, what happened to Trayvon isn't an isolated incident of black people trying to 'play the race card'. When we say that we are afraid for our children's lives--that racism is not something in the past that has nothing to do with you--don't brush it off. After all, the NYPD recently shot and killed an unarmed black 18-year-old in his apartment. The NYC police commisioner just said that the way to make New York safer from guns is for the police to be able to stop and frisk people on the street. And who will those people be, I wonder? The people who look "suspicious"? Gee--could they be black? Probably carrying a bag of highly dangerous Skittles--just like Trayvon.
Email Post
Labels: racism Trayvon Martin

julygirl17 said…
I was crying too. Why is this so hard for people to see this was not a self defense shooting? Trayvon was the one screaming for help, not George Zimmerman. It's sickening how he can take that child's life, and not accept accountability for it. I hope that scum has to look in Trayvon's mother's eyes, and tell her why he felt her son deserved to die.
11:02 AM, March 17, 2012

Val said…
I still can't believe that the police not only will not arrest him but aren't even investigating anymore.

Zimmerman deserves the death penalty and the Sanford police chief needs to be fired.
9:09 PM, March 19, 2012

leila said…
I have signed the petition but will not listen to that 911 tape. my heart is not strong enough right now to endure hearing a child beg for mercy.

i think i'm going to start saying the Fire Tablet every day for unity in this country. what Ruha Benjamin said in your GOOD article is true, that it will take generations to change the culture of racism.

i'm thinking what i can do in my own life, a non-american brown mother of a white child in america, to transform on a DAILY basis this poisonous culture. working on it, but no answers yet.

thank you, and ruha, and phillipe, for posting on these difficult subjects. your insight is so straight and true and just. please let justice come to this land.
2:40 PM, March 20, 2012

leila said…
(sorry for my disjointed comment. even though i didn't listen to the tape, i'm crying after reading your post here and your article on GOOD. and i'm fasting.)
2:42 PM, March 20, 2012

Melanie said…
I cannot listen to that tape. I just can't. I've read the reports obsessively but I just can't hear it out loud. I'm experiencing racism fatigue and I think hearing the hate and fear will push me right over.
8:58 PM, March 20, 2012