Why Is it Alright For a Neighborhood Watch Captain to Shoot an Unarmed Black Teenager? 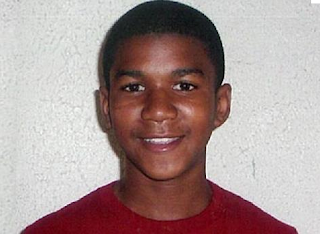 Last month my mother told me something I never knew about our family: my grandmother—her mother—had a brother. This was a surprise to me since I’d never heard my grandmother talk about him—or heard either of her sisters mention him.

Apparently one day, nearly a century ago, he left their home in Georgia, and never returned. My mom said that my grandmother probably never talked about him—or his disappearance—because it was simply too painful to imagine what evil had befallen a young black man in America. Was he snatched up by the Ku Klux Klan and murdered, or forced onto a chain gang—guilty of nothing but walking down the street? They never found out.

That story of my great-uncle came to mind again over the weekend when I heard the horrible, present-day tale of 17-year-old Trayvon Martin, a black teen visiting his father in the Orlando, Florida area. Martin was allegedly shot to death on February 26th by the captain of the Neighborhood Watch, George Zimmerman.

Martin, like every other teen boy, got a little hungry while watching the NBA All Star Game with his dad, so he decided to walk to the local corner store for some Skittles. Zimmerman spotted Martin walking through the gated community and decided that the teen’s presence was worthy of a phone call to police. But, instead of waiting for police to arrive as instructed, Zimmerman, who was 100 pounds heavier, accosted Martin. They got into a physical altercation—I imagine Martin figured he was being mugged since Zimmerman had neither a badge nor a uniform, and so he attempted to defend himself. Zimmerman ended up shooting Martin to death—and was let go after he told the police that he did so in self-defense.

I have, of course, the same questions you probably have: Why exactly did the police let Zimmerman go? Self defense? Really? What, did the boy threaten him with the Skittles? Why was Zimmerman—who has been arrested before—allowed to be a Neighborhood Watch captain or carry a gun? Why haven't murder charges been filed against Zimmerman?

The Florida Attorney General has had to take over the case because of local police mishandling of it—improperly questioning and correcting witness statements, taking Zimmerman's word that he had no arrest record. But what is equally disturbing is that I've seen too many comments floating around the web saying that Martin—who had never been in trouble in school and had no criminal record—must’ve done something wrong to cause Zimmerman to shoot him.

Sadly, being a young black male is always 'wrong' in America. If Martin had been white instead of black, he'd still be alive. And, imagine what would have happened if Martin was a white teen who decided to take a stroll through a gated community and ended up being shot by a black Neighborhood Watch captain. One thing is for sure if Zimmerman was black, his assertion that he shot Martin in self defense wouldn't be accepted. That man would be under the jail.

What keeps coming to mind is that 100 years after my great-uncle disappeared, in modern so-called post-racial America, I am the mother of two black boys—who are, for now, still referred to as “adorable” and “so polite and well-mannered”. But when you look at the picture of Trayvon Martin, you can see that he was also adorable. Again, he'd never been in trouble at school so I'll bet he was also polite and well-mannered. When I look at his face, I see the faces of my sons.

I know the moment is soon at hand, especially for my 11-year-old, when "adorable" will be dropped in favor of "suspicious black male". Thanks to the target that racism has placed on their backs, I have to wonder, is getting shot by random Neighborhood Watch vigilantes because they're one of an endless supply of suspicious black males what the future holds for my sons?

I have high hopes for all that my sons will accomplish in the future. I'm sure Martin's mother, Sybrina Fulton had similar dreams for her son. I cried when I watched an ABC News interview with her talking about how Trayvon was her baby. "He meant a lot to me, I don't think the police department really understands that…I need justice for my family, I just want justice for my son."

I want justice for her son, too. Justice for him is justice for my boys.
Email Post
Labels: black boys black males Florida racism Trayvon Martin violence

Melanie said…
I'm so sick of hearing about these stories. I'm so sick of being terrified for my kid and knowing my terror and planning will do nothing to prevent him from harm. What sickens me the most is that Zimmerman got away with it. I know if their races were reversed, he'd be sitting in a FL jail cell now. Heartbreaking from an institutional level on down.
1:59 PM, March 14, 2012

Eve said…
"Sadly, being a young black male is always 'wrong' in America. If Martin had been white instead of black, he'd still be alive."

I started crying when I read that.

This whole thing is just heartbreaking and I need to figure out a way to turn my never-ending grief of racism into something that will actually accomplish positive outcomes.

Sometimes, stories like these make me feel so hopeless. I want to move past that victim-hood and address these issues and then do MORE ... but I don't know where to start.
10:24 PM, March 14, 2012

nick said…
That's a truly shocking story. As you say, if their colours had been reversed, how different the outcome would have been. So Trayvon was shot in self-defence? Right, and I'm a pineapple.

It's shocking also that you and countless other black mums have to worry about your sons and how they're going to be treated by the white population in a year or two's time. There are so many poisoned minds out there.
1:14 AM, March 15, 2012

Rosita said…
As the mother of four bi-racial sons who will be viewed by society as black, I share your fear, anger, and all the other stuff that gets wrapped together and can't be expressed by words but rather is a cry of the soul.
6:10 AM, March 15, 2012

b. said…
I admit, I say a prayer very often for my husband every day -- particularly when he's out walking in our (quiet) neighborhood. And he's grown...

I had a discussion with my sister about how some people ask why don't Black people "get over the past" and not assume/look for racism in everyday situations. "That's like crossing the street and not looking both ways," I told her. "You have to be aware of your surroundings but not assume the worst." This mess drives home the fact that racism can -- literally -- cost you your life. Your LIFE.

I found this this exchange about the Martin case interesting: http://the-eclectic-soul.tumblr.com/post/19268194840/yesterday-in-my-criminology-class-i-brought-up-treyvon
6:23 AM, March 15, 2012

KCW said…
Thanks for bringing this case to my attention. Just fyi in case you haven't seen it, I found a petition to prosecute the killer on change.org

Anonymous said…
A black man has a 99%voice chance of being killed by another black man. You better worry more about how your son is treated by the black population.
5:20 AM, March 25, 2012