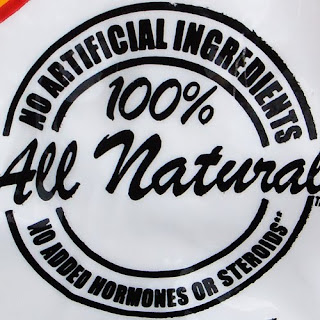 I just got back from getting my right tail light on my car fixed. It was out so I stopped by Jiffy Lube to replace it. It only took 10 minutes to fix, but after I paid and walked out of the office to get back in my car, one of the employees felt the need to interrogate me about my hair. She was all, "Is that your hair?"

But you know, I'm nice so instead I politely replied, "Yes, it's all my hair."

Wow, talk about nosy... but again I nicely explained that both my parents have different hair, and my hair's somewhere in the middle of theirs.

"Did you ever used to straighten it?"

What was with the long interrogation? But again, I explained that yes, I did, but I quit in 2007.

No, not at all. I don't miss straight hair one bit. I find this much healthier and easier than chemicals and flat irons.

"What looks really difficult?" I asked.

"Your hair. It just looks so difficult. Like, how do you even brush THAT?"

And that's when I lost it.

First of all, I've politely answered all your questions, but don't you DARE call my hair "THAT". It's hair and quite frankly, it looks a thousand times better than that bullshit you have going on on your head.

Second of all, I can brush it with a hairbrush, just like everybody else does, but it's not a good idea to brush any curly hair when it's dry.

Third, do you know how RUDE and stupid you sound telling a customer that her hair looks difficult? I just paid your hourly salary and you're asking dumb questions about my hair!

And then I walked off, got in my car and left. I guess I should be grateful I didn't have to pull out my Do Not Pet My Afro card.

If you're saying to yourself, "She was just being curious. You should've been nicer to her," I completely disagree with you.

People can be curious all you want about black women's hair, but don't be rude or stupid. Don't try to act like our hair is difficult or weird. There's nothing exotic about it, nothing strange, nothing out of the ordinary. It doesn't have mystical magic negro powers. It doesn't heal the sick, give alms to the poor or do one handed push ups.

I get it--our hair goes against the standard of beauty in America and folks are just soooo curious and confused about it. But cut the rude, prejudiced questions, because not everybody has to be nice when they respond to them.

Tracy said…
I've given up on being polite about my natural hair. When someone says something offensive, I let them know what's up. And as exasperating as it is to explain to non-black people what my hair is about, I get most pissed when a perm wearing black woman tries to get at me and insult natural hair. Oh, hell no!
9:12 PM, March 06, 2010

Liz Dwyer said…
D,
So happy to hear it! Good for you that you decided to take the plunge. :)

Tafari,
I know you know exactly how I felt. What is wrong with folks sometimes?

Tracy,
The biggest "insult" I get from other black folks has been 1) the you'll never get a job looking like that 2) You can get away with wearing your hair like that because you have good hair. It's all ridiculous b.s.
1:04 AM, March 07, 2010

nick said…
Good for you telling her exactly what you thought of her stupid remarks. What's your appearance got to do with her anyway, unless she's genuinely interested in your being natural rather than "normalised". I bet her own hair was far from perfect.
2:53 AM, March 07, 2010

sippinwineman said…
I've ALWAYS questioned questions. "Why do you ask?", I'd say. Then I'd let them dig themselves deeper into the hole.

With that said, I've only questioned the hair-dos of women who who have none (not the short hair, but the BALD). And even then, I'd only ask friends. NEVER a customer.

I get both of those comments as well, but it's funny to me because my curls are way tighter than yours. As for the job, I wore my hair in a natural style for the interview and that worked out great for me. Today, I usually wear my hair in two strand twists most days and have not had any problems on my job.

The only issue I've ever had was with this one brother who was working there. He would always throw up a fist at me like I was Angela Davis. Ugh. Wearing my hair as it grows out of my head makes me radical to a lot of black people. Yes, I'm a militant in a navy blue J.Crew skirt suit and sensible shoes.
12:25 PM, March 07, 2010

Anonymous said…
I'm so sorry that you ran into another incredibly rude person! What I REALLY don't understand is: you live in California which is supposed to be a very progressive place and I live in Alabama which is supposed to be a very regressive place. No one white would ask you such things here because it would be RUDE. Perhaps they/we are thinking them but we wouldn't say them cuz it ain't our business.

Granted I am white, but from the experience of my closest friends who wear their hair naturally (plus I work at an HBCU & have for years), this is true.

So I ask, is it more progressive to be rude and ask such ignorant and personal questions? I really do want to know, if you are willing to answer.

Btw, I am so glad that you told that woman off. I think you did her a good turn in more than one way: you very kindly answered her to begin with, and then you clearly let her know that she was showing you all of her stupid. On behalf of white folks everywhere, I thank you. :)
12:46 PM, March 07, 2010

Lucrecer said…
Oh, Lord Jesus! I must say, L, you have some of the best curls I have ever seen. I love your hair and promise next time I see you to touch THAT all the time.

Marlo said…
People can be unbelievable. I still haven't fully developed a strategy for those overly curious about my daughters' hair. It drives me nuts when people casually reach out and touch their hair, twirl a twist, or play with their beads. Arrgg! I've taught them to say, "Don't touch my hair!" but I have to confess, I'm always standing there with my jaw hanging open every time someone does it in front of me.
6:02 PM, March 07, 2010

Liz Dwyer said…
Nick,
She was interrogating me like she'd just found out I had some strange, incurable disease and she wanted to make sure SHE didn't catch it. Annoying.

Sippinwineman,
I wonder about totally bald because I'd worry about sunburns and cold. but on some people it looks stunning. Still tho, I've never asked someone why they do it. I figure they do it because they like it!

Tracy,
Oh my goodness, YES! That's happened to me, too. Like all the sudden I've become Soul Sista #1 or something. That really works my nerves!

Helen,
California isn't all that progressive - at least not as much as some folks would like to believe. And sometimes I think the progressiveness that is here is more selfishness than anything. - BTW, the lady who asked me all this wasn't white. She was Hispanic.

Happpy Girl Hair,
To me it's just weird for folks to be touching kids, period. But you know what I've noticed, now that my eldest is getting taller/bigger, folks try to touch him much less. I think he's starting to approach the age where, as I say, folks stop saying he's cute and instead they're scared of him.
5:09 AM, March 09, 2010

A Conscious Mind said…
I love having naturally curly, crazy hair. I used to get it relaxed in high school to calm down the curls a bit but in college, i said eff it. Now, my hair is possibly all over my head on any given day. I wish you could slap stupid people for asking dumb questions like that. Idiots
9:58 AM, March 11, 2010

Anonymous said…
I don't know you and have only been reading for a short while (I came from Kristen's blog). I'm a midwesterner, too without the African American in me (but I've got the irish!). Anyway, love your hair. It's gorgeous! These people that ask such inane questions must just be awestruck and speechless at your obvious beauty. At least, that what I'd like to think. :)
8:50 PM, March 19, 2010