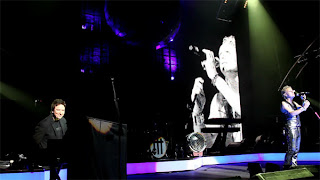 One of my biggest character faults - and I've had it since I was a child - is my ability to hold grudges. I've tried to overcome this fault, and I've worked hard at learning to forgive, but despite all my efforts, I still have a decided unwillingness to forget the past.
I'm not talking about having a tough time forgiving someone for looking at me wrong or lying to me or being mean to me. I'm used to lies and I'm used to meanness. I've experienced an excess of both over the years, and so I understand why people sometimes lie or are mean.
What I have a tough time forgiving are the incidents where someone maliciously does something unjust or attempts to sabotage my reputation or the reputations of those I love. I also intensely dislike those who behave in a condescending manner toward me or my loved ones. Actually, "dislike" isn't a strong enough word. I'm revolted, disgusted and angered by such behavior, and it is hard for me to forgive.
This does not mean I'm hard-hearted. I'm just aware of my shortcomings, aware that holding all that anger in, holding the grudge, takes a toll on you mentally, physically and emotionally, aware that there's a higher standard to which I need to hold myself.
I screw up on living up to that standard every single day. But I keep trying. Other people are trying, too. People in a band I love very much.
"What band would that be?" you ask. Oh, just a little 100 million record selling band called Depeche Mode.
One of the questions I get asked by people familiar with Depeche Mode from the 1980's and early 1990's is, "Weren't there four members?"
Yes, there were four members: Martin Gore, Dave Gahan, Andrew Fletcher and Alan Wilder. Alan exited the Depeche lineup in 1995. His departure statement said, in part,

"Whilst I believe that the calibre of our musical output has improved, the quality of our association has deteriorated to the point where I no longer feel that the end justifies the means. I have no wish to cast aspersions on any individual; suffice to say that relations have become seriously strained, increasingly frustrating and, ultimately, in certain situations, intolerable."

Ouch. Reading those words all these years later still stings. So much reading between the lines! But one thing I've always admired about Depeche Mode's feud is that for the most part we fans didn't see the anger, the grudge holding and bad blood play itself out in public. The members are more classy than Oasis -no cruel statements about each other, and no being all up in the tabloids, no getting into physical fights in public.
But still, we fans joked that hell would freeze over before Alan Wilder reconciled with the rest of Depeche Mode, or played with them again. And now, all these years later, exactly that has happened.
Last night Depeche Mode, coming to the end of their phenomenal world tour, performed a charity concert at London's Royal Albert Hall to benefit the UK's Teenage Cancer Trust. The show was a sellout, fans took balloons and banners, and were totally ready to cheer on three members of the band, Andrew Fletcher, Dave Gahan and Martin Gore.
They got the shock of their lives because Alan Wilder joined the band on stage, playing piano for the song, "Somebody".
Now that's what I call burying the hatchet and forgiving the past. It may have taken 15 or 16 years to do it, but Depeche Mode did what so many of us are unable to. I can only imagine the amount of apologizing by all concerned, the amount of asking for and giving forgiveness that must've gone down for that man to step on stage with them again.
Do I think this means Alan will re-join Depeche Mode? No, I'd guess not. But knowing they can move forward with a clearer conscience, truly leaving the past behind, means so much.
Email Post
Labels: Alan Wilder andrew fletcher dave gahan Depeche Mode forgiveness London martin gore

Lenina said…
I had a sense this would happen since Alan showed up at that documentary. Things look different at a distance and with time.

Jameil said…
You are single-handedly responsible for ALL of my DM knowledge. I don't know that I'd ever even heard of them before you!
4:06 PM, February 18, 2010