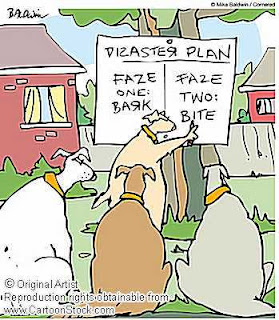 It feels like there have been too many disasters lately, doesn't it? Fires in Florida, the Cyclone in Myanmar, tornadoes all over the place, and now, the earthquake in Sichuan Province.

Last night I was chatting online with my dear friend Joanna about the awful disaster in Sichuan Province. I know Joanna because while I was living in Guangzhou, Joanna was studying in Beijing. We met while we were both traveling in Guanxi Province. I can't remember where exactly, because I tend to have an awful memory (which means I can't lie because I simply can't remember long-term what I've said). But, I do recall saying to myself when I first saw her in the little "motel" I was staying at, "Hey, there's somebody who looks like me, in China!"

Anyway, we lost touch a few years ago but, thankfully, Joanna found me through this blog and now we also keep in touch on Facebook. So, last night we were chatting online, and of course, given our experience in China and what's happened there, we got to talking about construction, rampant non-compliance with building codes, and the experience of living in a cinder block building just like the ones that have crumpled under the impact of a 7.9 earthquake.

When I first went to China I had no idea that such huge earthquakes could happen there. Then I learned all about the big quake of 1976 that killed hundreds of thousands. Some Chinese people feel it also predicted the death of Chairman Mao. All psychic or superstitious speculations aside (and there are already some interesting ones about this quake), I seriously don't know what I would have done if one had happened when I was there.

But of course, my mind immediately turns to my current home, Los Angeles, the place I know very well has earthquakes all the time. Folks are even saying what happened in Sichuan Province could be a worst case scenario for us. And if the ground isn't shaking, as you know, we have wildfires too.

I don't have a real disaster plan in place in case something happens, which is totally inexcusable because, unlike China being about to send 50,000 troops to the aid of people in Sichuan Province, are there even 50,000 soldiers around here that are able to be mobilized within 24 hours to help? Think about Hurricane Katrina before you answer that question.

A couple of weeks ago, I got an email from a woman named Amanda and she asked me to be a part of the State of California's emergency preparedness pilot program. Of course, I agreed. I was supposed to be sitting down with my family to do our disaster plan and I've been putting it off. Gosh, I feel like I better hustle and get on it! The first step is to assess your family's risk.

You really should click on that link because, gosh, you can think you have no risk but then when you find yourself answering "no" to some of the questions, well... you need to make a plan.

Anonymous said…
I had all of that emergency preparedness done - then moved out from my boyfriend like a month before the LA riots. I called him to remind him where he could find water and food and he said, "I threw all that crap out."

We're backpackers, so we always have that stuff around. We've been through earthquakes, fires and floods... riots.... I don't think you are ever prepared and I think you're always prepared.
7:41 PM, May 14, 2008

the last noel said…
The closest I'd ever felt with neighbors was during an earthquake. Strangers became budddies real fast, asking if you're all right. My earhtquake ready kit? I have water and canned food. It's a start.
9:57 PM, May 14, 2008

Anonymous said…
I guess it'd be sensible to have some kind of disaster plan, given the huge earthquake risk in LA. Fortunately we're not prone to natural disasters here in Belfast, just the political kind! Things like the Chinese earthquake must be horrendous for the victims, particularly if they lose absolutely everything they've worked for and cherished and have to start over. And governments never give enough help, as New Orleans shows only too clearly.
12:42 AM, May 15, 2008

Anonymous said…
I defintely need to get a plan together since we live in the Midwest and it's tornado alley. The one thing I did do is move out of the trailer park since it seems to be a magnet for tornado's. Kidding!!! I just couldn't resist.
9:38 AM, May 15, 2008

Jen said…
We're working one out. We also used to have a stash of emergency stuff, but it's dwindled, and we really need to build it up again. We're at little risk, but we do get tornadoes through here occasionally.
9:51 AM, May 15, 2008

Liz Dwyer said…
Claudia,
Okay, see now I know why that boyfriend is an "ex". What a moron -- and how nice of you to still call him to remind him. I need to get better about keeping batteries and non-electrical radios around and we need more water, that's for sure.

Noel,
I remember during 9/11, neighbors that never spoke to each other were knocking on doors and introducing themselves. It was nice to see that level of friendliness. I think we'd probably be ok here at home, but I always worry about what will happen if we're somewhere else and an earthquake happens. I need to put some supplies in the trunk of my car.

Nick,
The thing is that the ground is shaking all the time here. We've had 514 earthquakes in California/Nevada over the last week alone. It's just that most of them are really small and/or far out in the desert. It has been awhile since we've had a really big earthquake here in LA. I do think about what it'd be like to experience something on the level of the Chinese one because the biggest I've experienced is maybe around 4.0 or so and that was scary enough.

Really though, I was just talking to mom about this and telling her I hope there's no tornadoes when we're visiting. Those are scarier than an earthquake to me.

Jen,
Lucky you don't have much tornado risk. We've got a little stash of emergency food (stuff like clif bars), but we definitely don't have enough water and I need to learn CPR.
12:32 PM, May 15, 2008

Nerd Girl said…
I put a kit together years ago, but need to reassess. Probably need to use that food and restock. The clothes I have in there for Lovegirl definitely don't fit her anymore!

We've got folks around the country we're supposed to call and check in with, but after Katrina, I'm not real confident that we'd actually be able to use a telephone or computer in the days following a disaster. Not sure what to do on the communications front.
1:21 PM, May 15, 2008

Liz Dwyer said…
Nerd Girl,
I think about that too and how it could be days before we might be able to actually connect with someone. And the clothes, with the way my boys are growing, they definitely need replacing every six months. Gosh, they aren't babies anymore. My 7 YO is 4' 3" so he's definitely not fitting whatever I have stashed away!
11:56 PM, May 15, 2008