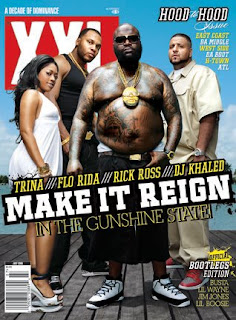 It's really hot here so my mind can only think in lists:

1) Why was there a guy sitting on a bench smoking a joint at the park at 7:15 AM this morning? Isn't it a little early for all that puff puff pass mess? Oh, except he was puffing solo so he had no one to pass to.

2) I know Mike Huckabee apologized for making a joke yesterday about an assassination attempt on Barack Obama, but I'm feeling pretty uncharitable about the whole thing. Not cool.

3) On the list of racial inequalities in the judicial system comes this story from South Bend, Indiana: White co-defendant gets no prison time biracial one gets 8 years. Uh huh. Is Al Sharpton gonna roll up any time soon?

4) The pictures from China are breaking my heart... and my dad heads there in two days for work. Sigh. Greedy people + Building codes = Disaster when an earthquake hits.

5) My seven year-old wants to know why Dracula only bites people on the right side of the neck. He claims to have observed this since my husband let him watch Batman vs Dracula last night. Yeah, he didn't sleep in his own bed after watching that. Poor baby was scared.

7) Clearly, as you can see from the picture above, Rick Ross needs a bra and the Jillian Michaels "30 Day Shred" DVD. And, we all know what would happen to Trina's career if she got a gut like that.

8) Still ridiculously excited about winning the Depeche Mode contest. Like commenter Neil suggested, it totally is like winning the lottery.

9) Speaking of music, if you don't have any Bjork records, you should get some. Like this song:

Jen said…
The pictures from China and Myanmar are breaking my heart, too. The Armenian earthquake of 1989 had a similar outcome due to cheap, Soviet-era, cinderblock architecture. It's so, so sad. My Armenian exchange daughter's family lost 26 family members in the little over a minute that the earthquake shook in Gyumri (then known as Leninsomething... can't remember).
7:12 PM, May 17, 2008

Anonymous said…
Your workout program MUST be working if you are now just stating that you are hot! ;)

sweeter the juice said…
Hi Liz,
I'm back from the dead! I lurk but haven't commented in months.

Tafari said…
the mag cover made me throw up in my mouth a little. Talk about hot ghetto mess!!!!

Your son has a good point about Dracula! I noticed but did not think anything of it. Now I fell the needs to contact Ann Rice or perhaps a prison letter to Blade.
10:31 PM, May 17, 2008

Liz Dwyer said…
Jen,
I just can't stop thinking about how I lived in a building exactly like those that collapsed. Cheap, Soviet-era cinderblock is exactly it. I remember those pictures from the disaster in Armenia. It is definitely similar.

Claudia,
LOL! I was feeling ridiculously sweaty and hot! But yes, I can do more push-ups now than I could a week ago. Whoo hoo! And in all of these places we see how the suffering that happens after a disaster is made worse by things like greed, racism and lust for power.

Joy!!!,
You are back!!! That's fantastic news. And yay, so many of us are doing the 30 Day Shred. I want to hurt Jillian sometimes too, but if I get stronger as a result, I'll take it.


Bbybaby,
In person the magazine cover is even worse. Maybe Rick Ross needs a vampire to come along and do something!
1:24 AM, May 18, 2008

Anonymous said…
We're lucky if it reaches 80 here and even that's too hot for me, I just wilt like a parched flower.

Unfortunately shock-proof buildings are a rarity in many countries, as you say because of greed and lax building control. Landslides on Italian mountains bring just the same appalling death tolls. What's happening in China and Burma is dreadful.

Visible man boobs keep coming up on blogs! They featured in an intriguing English court case last week which I'm just drafting a post on....
1:35 AM, May 18, 2008

Liz Dwyer said…
Nick,
Oh, 80 would be so nice and cool compared to what we have going on here. We're going for another day in the 95 degree range toyda. I don't mind summer but when it's this hot, it makes me feel like a complete zombie. And yes, the greed is everywhere. How do I even know the building I'm living in now was built and retrofitted properly? :(
11:00 AM, May 18, 2008

nyc/caribbean ragazza said…
Next time can we please have a warning or something before you post a cover like that? ha
7:50 AM, May 19, 2008

Liz Dwyer said…
Jameil,
I would looove it to be 43 degrees right now. It's only 9 AM and it's 82 degrees. It's not supposed to be like this yet! I hate it!

NYC/CR,
That's how I felt when I walked by it at the grocery store! And my kids were all, "Mommy, why does that man..." I had to shush them before they even got whatever questions were brimming out of their mouths!
9:06 AM, May 19, 2008