When "The Clap" Claps Back: About That Untreatable Gonorrhea 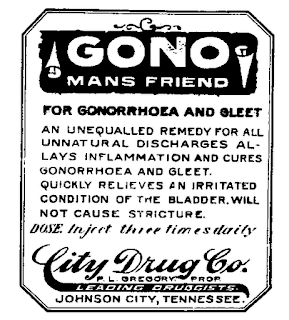 One winter back when I was in college whispers suddenly erupted around a cafeteria table about another female student who had been seen slinking out of the student health service.

"She got gonorrhea," my dining mates hissed. "Of the THROAT."

My naive self just had to ask how precisely did someone get a sexually transmitted infection in their throat.

1. Did you figure out how she got gonorrhea of the throat? Trust me, if you did, you arrived at the correct answer a thousand times faster than me.

Even though back then I was a little slow about how she'd gotten it, I was reassured that she was able to go to the health center to cure it. But what if it suddenly becomes incurable? Although not everyone immediately experiences painful symptoms, when you do get them, they're no joke. Left untreated, it can spread to the blood or joints and you can die.

So, imagine my horror when I saw a story online today about how untreatable forms of gonorrhea are popping up. The infection adapts to the antibiotics used to treat it, and according to the World Health Organization, in a couple of years it's going to be untreatable. Not that I'm planning on doing anything to expose myself to gonorrhea, but in general, incurable infectious diseases freak me out--a potentially untreatable MRSA scares me too.

What worries me is that the majority of new gonorrhea cases every year are teens and young adults--people with their whole lives ahead of them. But at that age, they don't think getting an incurable disease is going to happen to them. They're having unprotected sex, but despite all the YOLO floating around the web these days, the risk they're taking is so not worth it.

Can you imagine how horrible it would be to contract untreatable gonorrhea as a teenager or young adult, and have your whole life forever changed by the disease? Sure, that young woman I went to college with was embarrassed by being seen going into the health service--and by folks knowing WHY she was going--but at least she was able to move on. If things stay on the trajectory they're on now, today's young people won't be able to say the same.

nick said…
I don't know how much truth there is in the "untreatable VD" hype. It may be just another media scare story. But you're right, if it does get untreatable and someone's life is blighted by it so early on, that's quite an obstacle to deal with. If youngsters are too ignorant to be taking the proper precuations, inadequate sex education is probably partly to blame. And the dumb right-wingers who think sex education is the work of Satan.
12:42 AM, June 08, 2012

Rosita said…
The increase in antibiotic resistant strains of infectious diseases is frightening. I just finished a course in global infectious diseases and it made me wish I lived in a bubble at times. I just wish the two you mentioned were the only ones to be worried about.
5:51 AM, June 08, 2012

Unknown said…
Unless we can somehow trick teens into thinking that dental dams are a fun addition to oral sex, even other proper precautions would be pretty unlikely to slow this down. My understanding is that dental dams and condoms, even if used 100% of the time, are not very effective against gonnorhea anyway. We've always just counted on it being treatable.

So perhaps we are at the strange new dawn of hand-holding-as-intimacy and parental supervision on dates.
8:53 AM, June 08, 2012

Liz Dwyer said…
Nick,
I wish it was just a scare story! On that note, my husband once told me that one of the most effective things his mom ever did was sit down and show him some book with images of penises and vaginas with herpes, syphilis, gonorrhea, etc. He said the "scare" of it kept him from doing lots of things!

Rosita,
Oh gosh, tell me the other ones that we should REALLY be worried about.

Curtis,
I can just see the headline on Cosmo: How to Make Your Guy Never Forget Holding Your Hand! ;)

SMH said…
Unfortunately the YOLO is only going to increase because of the current state of the economy and society - it is getting worse and a greater sense of hopelessness about the future is taking over especially the younger generation. Even those who have their act together are thinking what is the point. Granted some of them are still going their own way and keeping on but a number are fatalistic about the future. Few if any jobs, mountains of debt - if education is available, minimal or no healthcare, gmo food, law makers being the biggest law breakers, no accountability for criminals at the highest level bankers, brokers etc.

The other disease that is a life and death sentence is AIDS, Magic notwithstanding - but he has the money and access to health ca
1:42 PM, June 09, 2012

The other disease that is a life and death sentence is AIDS, Magic notwithstanding - but he has the money and access to health care to get treated and maintain himself and his lifestyle. Too scary - great post

Liz Dwyer said…
Sweeter the Juice,
Heh. I had to look it up, too. The dictionary says: "An abnormal discharge from a bodily orifice in humans or animals, esp. (in humans) a discharge from the urethra caused by gonorrhea."

SMH,
You're so right that folks are hopeless so they figure they should live it up while they have the chance. Only problem is, a lot of the diseases you can get don't kill you straight away. You can go through a lot of suffering. So right about HIV/AIDS Folks nowadays figure it's no big deal cos Magic seems so healthy--heck, Magic just bought the Dodgers. So far from the truth.
4:12 PM, June 09, 2012

Rosita said…
Tuberculosis is one that comes to mind as there are some strains now showing up that are considered extremely and possibly totally resistant to all current medical treatment.

But the reality is that viruses and bacteria are constently changing and evolving so just about any infectious disease you can think of can - and many are -become resistant. Add to that big pharma not investing much into research of new antibiotics (their not big money makers) and the overuse of antibiotics in meat production, and you pretty much have a perfect storm brewing.

Anonymous said…
Hey there Losangelista. I thought of you (and a few others) when I read this article. FASCINATING.

Liz Dwyer said…
Rosita,
Tuberculosis REALLY scares me--probably because there's been so many movies and books where someone dies from "consumption". And it's such a problem still in parts of Africa and Asia. And I'm with Curtis, too. I wouldn't mind that direction either.