But Will the Affordable Care Act Get Rid of $15K Medical Bills? 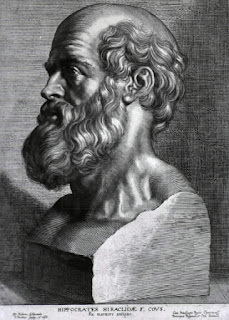 Is it just me or are you still in shock over yesterday's Supreme Court decision to uphold the Affordable Care Act? I bet Hippocrates is doing the wop up in heaven. But..the whole thing really has me wondering if a check from Rush Limbaugh to John Roberts got lost in the mail or something. C'mon, you KNOW you thought that too.

I've heard that some particularly astute "ObamaCare" haters--let's just all adopt the term and use it in a positive way (just like some folks say they use the n-word as a term of affection)--have declared they're moving to Canada in protest. Because, you know, they've heard that in Canada, hospitals are super hardcore about denying medical treatment to people with blood gushing from their eyeballs and no insurance.

Yup, according to these haters, in Canada everybody is an individual and takes individual responsibility for their health. The haters have heard that even if a millionaire offers to help them pay for medical care, Canadians will reply--in a Tiny Tim voice, of course--, "Please, good sir. Let me die here on the sidewalk outside of the hospital because I did not have a job that provided health insurance."

I say, go on, move to Canada! Move to Saskatchewan and start a colony. Just don't call me crying when you discover the truth about those shady Canadians!

Of course, Mitt Romney once again forgot about all that awesome healthcare reform he helped shepherd in as governor of Massachusetts and declared that on his first day in office as president, "I will act to repeal Obamacare."

He needs more people. Does he not know how bad it looks to be a billionaire trying to take greater access to healthcare away from Americans? Good luck with that, homie.

What I really want to know is what the ACA will do to keep folks from getting those shoot-me-now kinds of medical bills. The kind that make you want to just fling yourself to the floor and stab a pillow. For example, when my now 8-year-old was just a couple of weeks old, I received a sparkly envelope from the hospital, asking me to pay $15,000 for the delivery. I quickly did a hell-to-the-no and called their billing office. They told me they'd already sent the bill to my health insurance company and the portion that the company would pay had already been applied. I think the woman I was speaking to then said, "Would you like to pay over the phone right now?'

After a moment of maniacal laughter, I did the next best thing: I threeway-called the hospital and the insurance company so we could all be on the phone at the same time and work it out. Nearly 30 minutes later, that $15,000 had been dropped down to a under $1K and I was doing my How Ya Like Me Now? dance...until I realized that I didn't have that kind of money either.

So, does the ACA fix the insane prices or not? Not that I'm saying that having a baby should be the same price as a K-Mart Blue Light Special but...inquiring minds want to know. And, if the ACA doesn't fix that, someone ask President Obama if he can handle that in his second term.

Carolyn said…
Okay, so I'm wondering the same thing. This heathcare debacle is touted as making insurance "affordable" for everyone. Why, then, are my healthcare premiums going up every 6 months? Why do they cover nothing because the only way I can AFFORD my healthcare is to have a super high deductible. My medical payments (for a healthy family) can run an average of $1500 a visit. And that's WITH insurance. WTF? I'm sitting here waiting for something to change.
7:52 AM, June 29, 2012

Claudia Hall Christian said…
When I was 24 years old, I got in a debilitating car accident that ended my career in medical sciences and gave me a serious limp. And I've been dealing with this health insurance crap every since the day the woman behind me was worried she'd be late to her psychotherapy appointment.

So I know your pain. I know the $1000 bill you wonder how the hell you're ever going to pay. I had $15k in bills I had to carry for 4 years before her insurance company settled. Crazy system - and that was 24 years ago. It has only gotten worse.

I'm deeply grateful for Obamacare. I think it's a step in the right direction. And the rest of these fools? There's nothing to say about greedy people who've lost their humanity.
2:29 PM, June 29, 2012

Lotus Flower said…
I swear, some of the dumbest people alive exist in this country.

Sure move to Canada - where healthcare is GOVERNMENT-FUNDED, almost 40% of the population are non-religious, same sex marriages are not a big deal and where one won't get arrested for a small quantity of marijuana. A truly Republican paradise. Really.

nick said…
I sure hope the PPACA makes it a lot easier for people to get necessary medical treatment. The stories of couples going bankrupt simply because they both happened to get serious illnesses are outrageous. I'm very glad the Supreme Court upheld the legislation.
6:53 AM, June 30, 2012