Finally Putting the Fun Back in My Run 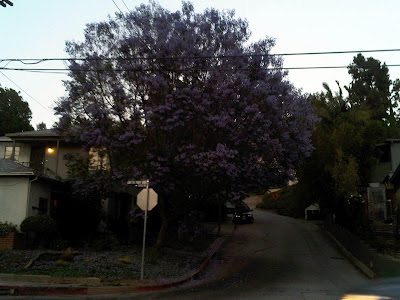 Confession: After three years of training for and running marathons, at the start of 2012, I hated running. Instead of lacing up my shoes and hitting the pavement for a fun adventure, running had become a serious chore. It felt like work--and not the oh I love this job kind of work, either. By the time I ran the LA Marathon in March I felt burned out.

I didn't even write about running LA. Sure, I was feeling too crazy busy to string two words together on this blog but subconsciously, I think I was so over running that I didn't even muster up the effort to sum up the experience. True, I ran the Hollywood Half Marathon a couple of weeks later but I didn't do it because I was in love with running. Nope, I just wanted the awesome medal.

And so for the past two months--other than a couple guilt-induced jaunts around the track at my local park--I haven't run a lick. I guess I took an extended vacation from running. I needed to miss it. If I didn't, I figured 2012 would be the year I quit putting hours and hours every week into running, finally learned how to swim, started taking that bellydance class I've been wanting to take for AGES, and found a yoga studio I could call home. I needed to want to lace my shoes up without worrying about whether I'd was running at a faster pace or longer distance than the run before. Otherwise, I was through.

I stuck with that until the past week when I came home from work feeling a little stressed out. OK, a LOT stressed out. I made a beeline for some workout gear and my running shoes. I could hear the surprise in my husband's voice as he watched me tying my shoes. "Um, are you going running?" he asked.

I nodded my head yes as I grabbed my iPod and phone and headed out the door. I ended up running four miles--had to stop at three stop lights but other than that, I just kept on going for a good 50 minutes--in which I covered four miles. Call it adrenaline or muscle memories but I was on a roll. I didn't wear my watch that tracks distance but I know how far I went because I've been running around my neighborhood for three years!

Which brings us to the photo at the top of this post. From late April till sometime in June, Los Angeles turns a lovely shade of lavender thanks to jacaranda trees. I spend most of my time indoors in front of a laptop, not enjoying the fleeting beauty of the jacarandas like I really want to. But, while I was out running, I enjoyed the gorgeousness of so many jacarandas. This one, with its hazy purple against a sky that would, 20 minutes later, be completely dark, took my breath away.

I wouldn't have seen it if I hadn't gone out for a run. And if I'd been stressed about my time and running pace, I wouldn't have stopped to enjoy it. What's the lesson in all this? Maybe it's time to lace up my shoes and go for a run on my terms.