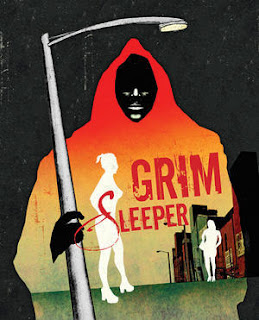 You never know who people really are. You may think you do, but we can never really know what goes on inside a person's heart or head...or what they do when no one's around.
Today the LAPD announced the arrest of a man they allege to be a serial killer that's stalked South Los Angeles' streets for the past two decades. The killer nicknamed the "Grim Sleeper" by local alt paper, the LA Weekly, is believed to be 57 year-old Lonnie David Franklin, Jr., a resident of the general area where most of the murders occurred.
Without the stellar 2008 investigative journalism of Weekly reporter Christine Pelisek the story of the Grim Sleeper and his murders might never have been brought to the general public's attention. You see, the Grim Sleeper mostly attacked African American women, a group that the mass media and, unfortunately, too many people, don't exactly give two cents about when they come up missing or murdered.
How much did this city's officials not care about the bodies of murdered black women being dumped on South LA's streets? Even though the first of the dozen or so killings occurred back in 1985, the LAPD never had a press conference about them until last February. The Grim Sleeper's been the longest operating known serial killer west of the Mississippi but it took 24 years for a press conference. If he hadn't struck again in 2007 would the story have ever come to light at all?
Of course, the way the alleged killer's been found is pretty controversial. He's been tracked by "familial DNA".
The Grim Sleeper left DNA on his victims but it never matched up with anything in law enforcement databases because he'd never committed crimes that required a DNA mouth swab.
Fortunately, the alleged killer's son recently got busted and required a mouth swab. Back in 2008 California passed a law saying that law enforcement officials could check DNA against databases and look for possible family member matches. The son matched up closely enough that bingo, police knew the killer had to be a relative. Undercover cops trailed the dad and got his DNA from a tossed slice of pizza. According to police, the DNA's an exact match with the DNA found on murder victims.
Like I said, pretty controversial. The Grim Sleeper will apparently be the first case in the United States to be tried with familial DNA evidence.
Many of the alleged Grim Sleeper's neighbors have come forward to say what a nice man he is, how he fixed their cars for them and how, "He helped all the elderly on the block."
People said notorious serial killer Ted Bundy was a nice guy, too. You never truly know what's really going on with someone. Let's just hope and pray that the killer that's inflicted so much pain and suffering on this city's women really is behind bars and ready to be brought to justice in a court of law.
*photo illustration by Brian Stauffer
Email Post
Labels: DNA Grim Sleeper LA Weekly LAPD Los Angeles muderers serial killers

Lili said…
It breaks my heart to hear stories like this; it's so evil that some human lives are considered more valuable than others. I truly hope justice will be done for these women who's only "crime" was to be brown-skinned.
10:40 AM, July 09, 2010

Liz Dwyer said…
Lili,
I agree. The whole idea of a serial killer is so awful. I know there are so many that are never caught and I'm sure many of them prey on people that our general society doesn't care so much about, either because of their race or ethnicity or because of their economic status.
4:40 PM, July 11, 2010

Lola Gets said…
OH MY GOD! You are one of the FEW Black bloggers who are talking about this arrest at all! I would think that an arrest in such an important case would be the talk of the Blogosphere. But nay. Folks would rather talk about Grant or Lebron.

But I am so glad they finally caught the guy! Yes, I was (am) very distressed at the lack of attention that the LAPD paid to this situation lo these many decades. But I am thrilled that SOMEone saw a pattern and decided to ring the alarm. To me, thats the role of an free press in the US. To bring to public attention the many things that are going on unchecked.