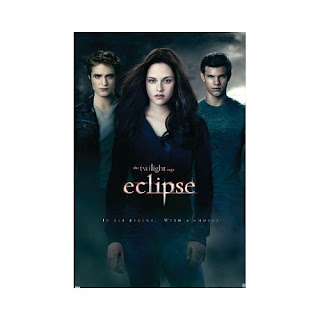 Dear Statue of Liberty,
It's Independence Day A/K/A "The Fourth of July" and I'm writing to enlist your help. You see, sparklers, and all other sparkly fireworks, are illegal and banned in the County of Los Angeles.
If only the same could be said for a certain movie starring werewolves, a boring girl who bites her lip and a certain Sparkly Vampire who stands around looking sullen and like he needs a bath.
In fact, I'd say the Faction of Sparkly Vampires is trying to steal the Fourth of July's holiday weekend thunder! Even worse, they're attempting to brainwash the young innocents around us. If you, like Whitney Houston, believe the children are our future, please, dearest Statue of Liberty, come emancipate our cultural ethos from the throes of Sparkly Vampire hysteria.
Things are getting desperate! Sparkly Vamp psychosis is even infiltrating my humble Los Angeles abode. My two sons have asked me at least a dozen times today, "Can we go see Twilight? Please????"
"We're going to M's mom's house for a BBQ," I said.
"Will they show Twilight there?" six year-old Mr. T asked.
No. And for the millionth time, I don't want to spend money on a poorly written, poorly acted film that is not only NOT age-appropriate, it also sends disturbing, wack messages about love, romance and gender roles that I'm not interested in my sons absorbing.
Mr. O said, "C'mon, Mom. We won't be scared of some vampires. We've already seen the Batman vs Dracula cartoon!"
Lady Liberty, I tried to explain to these young, impressionable minds that the Fourth of July is about grilling, eating potato chips and hanging with your friends and family reading the Declaration of Independence out loud and admiring pictures of the Founding Fathers, not sitting in a movie theater watching a supremely.dumb.movie.
"Do you guys know what the Fourth of July is about?" I asked.
Mr. O: "Uh, no. Not really. It's the birthday of America, right? Or is it the day the slaves were freed? Oh, wait, that's the Civil War, right?"
Mr. T: "It's about eating lots of JUNK FOOD and watching Twilight... so can we go see it?"
Actually, upon further reflection, I'm realizing the scope of intervention needed is beyond your abilities, Lady Liberty. Maybe I should be writing this letter to God.
Dear God,
Please send someone to drive a stake through Edward Cullen, shoot a silver bullet at Jacob the Werewolf and send Bella to freakin' Bryn Mawr College so she can get a life.
Your Humble Servant,
Los Angelista
Email Post
Labels: America fireworks Fourth of July God kids letters Movies twilight Vampires

Sundry said…
LOL... Thanks, L.A. Nicely done. We watched _Bolt_ last night. Much more fun than I imagine the _Twilight_ series to be....haven't seen any of them.

How come it's legal to sell fireworks in L.A. County since it's n not legal to set them off? Running errands in Palmdale over the weekend I saw half a dozen fireworks shacks set up. Wha? Do we not live in one of the most flammable areas of the country?
6:54 AM, July 05, 2010

There are actually people setting fireworks off tonight in my neighborhood. I guess they didn't get the a) illegal b) holiday is over memo. And yeah, good point! It does seem like you're in more of a fire-danger area than me!
11:55 PM, July 05, 2010

I share your feelings about the film, though I've not seen it. Somehow I suspect I do not fit squarely in their intended demographic!
12:38 PM, July 06, 2010

Liz Dwyer said…
1969,
So weird, your comment didn't show up before. Something strange is going on... Anyway, Poor Jacob. He's the "friend", not the "true love". Ugh.

Leili,
Good point about the gothic appeal of Bryn Mawr. I've only seen pictures of the campus but the architecture seems to fit her moods. Hmm. I should probably say "mood" since she is only depicted as having one personality trait.

Daniel said…
Los Angelista,
Too Funny!
I had a very recent conversation with my girl about this series. She got a bit upset when I likened them to poorly done, “vampy” (pun intended) remakes of something akin to the old Molly Ringworm movie’s, like 16 Candles and Pretty in Pink. Exact same formula.
Just badly done.

Are you like me, getting SO sick of all the hype about every-stupid-thing these days. Only certain things are actually ever really “Epic” in life; better to save all that for when it really is (like when I finally get a date!).

I’m about to go on a total Media Blackout. All forms.

Except for Los Angelista. ‘Cause some stuff is epic, lol!

Liz Dwyer said…
Daniel,
That's SUCH a great comparison. More angst-y version of 16 Candles. No paying $1 to see underwear in these much-too-serious flicks. I wonder what it says about this generation that these are their defining films?

I am sick of the hype. Folks try to act like Dancing With The Stars is the end-all-be-all of life. No, it's not...and yes, you getting a date would be! ;) Why the media blackout? You taking notes from Prince?

My knee is hurting MUCH less. I went to a few physical therapy appts and that helped, so I'm trying to get back into the swing of things because race training starts up again at the end of the month.
7:05 AM, July 07, 2010

Lili said…
Aww, sorry I am late coming to this party. Here's my 2 pence:
On one hand it's crazy how millions of teen girls, a few boys and more than a few Mums (Just google Twi-Mums)have whipped themselves into a frenzy about this movie and the books. Twilight was defintely under my radar until a couple of weeks ago when I happened to catch the first movie on Sky (UK cable). I confess to finding Rob Pattinson simply scrumptious as the moody vamp Edward but found the the thin, childish (to my mind) plot deeply amusing. I actually cringed for the stars having to say that dialogue. So next thing I knew I had purchased New Moon off the cable channel (1 viewing = £3.99) to do more drooling. Needless to say it was the worst 3.99 I ever spent. The point of watching had been to view the deliciousness of Rob Patz but alas he was only in it for 10 minutes at most. Even worse, he was covered in heavy dead white pancake makeup, more red lipstick than a burlesque dancer and for some reason red-rimmed eyes and beige contacts! All supposedly to make him look more "vampiry" but for crying out loud he looked like he was strung out on heroin or something!
All this notwithstanding I was actually toying with going to see Eclipse (you see thats the thing, the series draws you in and hooks you before you know it!) - it's just opened in UK officially today, however I would be mortified to find myself alone (none of my friends agreed to come) in a theatre full of screaming teens and also I am slowly satrting to wake up from a Twilight induced trance...and coming to the full realisation that the story-line is worrying yet so tantalising and though I am old enough to know better it does worry me that impressionable young people will have unrea;istic expectations about love and sex.
7:42 AM, July 09, 2010