Hollywood, We Have A Trend!

Why am I reading about folks feeling so surprised, and more than a little bit embarrassed, that Best Song Nominee, "It's Hard Out Here For A Pimp" will be performed in less than two days by Three 6 Mafia at the Oscars? 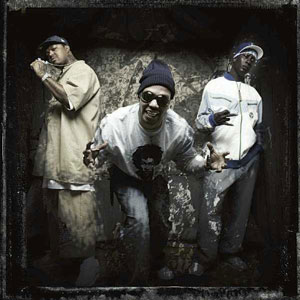 One of the young members of this group of African-American devil worshipers, (three sixes does equal 666) Jordon "Juicy J" Houston proclaimed: "They didn't even have to tell us. As soon as they asked us to perform it, we ran into the studio and did a rewrite. It's gonna be a strong, clean, positive performance. " Uh-huh.

If it's so clean, strong and positive, why is Eva Longoria claiming in Britain's Mirror newspaper that Sidney Poitier, Denzel Washington and Will Smith had a few words for Best Actor nominee, Terrence Howard? According to Longoria, Poitier didn't want Howard to perform the song, telling him, "Do not get up there and represent the African American community singing about a pimp."

Let's take a journey with the Black Ghosts of Oscar's Past. Here's a look back at some of the Black winners for Best Song:


I've seen so many articles this week proclaiming that the F-word, S-word and N-word are going to be left out of the performance (but the B-word is ok according to the Academy and network censors) so I'm supposed to feel perfectly relaxed about this. Hello world, in 2005, the most important thing to happen wasn't stupid-a$$ "Hustle and Flow." Or Brokeback Mountain for that matter.

Why this song? And why this song now? In case you forgot, in 2005, the rug got rolled back on America's racism and generational poverty. Have you already forgotten having your tv glued to CNN while watching folks cling to their rooftops? People are still in the most dire of circumstances due to Hurricane Katrina, and our nation's duplicity and hypocrisy in the aftermath. Given this, I'm supposed to be proud that Three 6 Mafia is performing at the Oscars? What are they going to do? Give a shout out to all the victims of Katrina? "Sorry things are still messed up, seven months later, y'all." 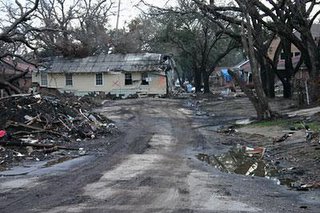 No, in case folks started to wonder if their beliefs about Black America were incorrect, we needed a reminder. Oh Hollywood loves us on the big screen, as long as we stick to certain roles. We are a ho, a pimp, a trick, a slave, a hustler, a gangsta, a gangsta-bitch, a criminal, an athlete, a drug addict, mammy, tragic mulatto, a sell-out, an Uncle Tom, or the Magical Savior/Teacher sent to spice up life and enlighten the white folks. If we play any those roles, we might be Oscar material. Just like you didn't see Denzel get nominated for a Best Actor Oscar for "Malcolm X", you didn't see Terrence Howard get nominated for "Crash."


Now we're right back at the same-ole-same-ole with Terrence Howard being nominated for his role as Djay in "Hustle and Flow."

If Terrence wins, will he get up there and shout out the makers of "Pimps Up Hos Down" for their original groundbreaking work and research regarding the true stories of pimps with hearts of gold? Will he say, "Bishop Don Juan, I know you've had struggles we can't even imagine."

I don't even want to think about that. Please join me in sincerely hoping Terrence and that sad pimp song both go home empty-handed.
Email Post