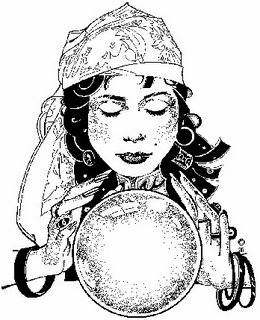 The passing of yet another St. Patrick's Day has me thinking about good luck and bad luck. Specifically, what is it and how do I know if I've got it?

Curses, Destiny, Fate, The Evil Eye, Magic, Luck, Superstition: These are all the domain of those who once believed that the world was flat and bathing regularly would kill you. We should be past that in this age of rationalism, realism, and the scientific burden of proof. Get real though, the fortune cookie was invented in the United States, not China. We all open our fortune cookies because we still want to know what our future holds, if we'll have good luck or bad luck.

Yes, you want to know, especially if you live in L.A.

In the 19th century, the English aristocrats were afraid of their daughter's being kidnapped by gypsy caravans and forced to endure a lifetime of social ruin. Mr. Rochester proves a daring host as he masquerades as an old gypsy in "Jane Eyre". He tells futures in the drawing room for his shocked house guests. Unlike our Western Civilization literary predecessors, we're not so concerned with losing our virture, imagined or real, and so fully embrace the fortune teller who wears the multicolored scarf over her head, tons of bracelets and dangling earrings. And she's young and sexy instead of a scary hag, because, after all, who wants to dress up as an ugly gypsy for Halloween?

Of course, there are millions who have no idea who Mr. Rochester is. Indeed, the miles between USC and the 91 freeway lack even one Barnes and Noble or Borders bookstore with The Complete Idiot's Guide to Tarot available on the shelf, let alone a novel by Charlotte Bronte.

But don't fret if you think the residents of South Los Angeles are completely deprived. They have equal access to their choice of astrology readings for only $10. Mom and Pop businesses that sell everything from bubble gum to bras are situated next to storefronts with the ubiquitous neon palm in the window. And, if the fortune teller has a house with a gargantuan sign in the yard, you know she must be good, with the higher prices to match. 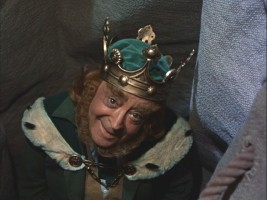 Being half Irish, I should be genetically disposed to have and believe in good luck. The Leprechaun King should be dancing jigs on my table and Darby O'Gill should be bedding down for the night on my couch. Well, then again, we are the people of the potato famine.

In fact, according to the time-tested rules of luck, I should be experiencing very bad luck. Here's a few reasons why:


Irishness and my bad luck aside, I can't help but think about another book called "The Fortune Tellers." It's by Lloyd Alexander and although it's supposed to be for ages four to eight, I think we could all stand to reread it a few times. In it, this guy goes to a fortune teller because he hates his job. He wants to know how if his life is going to get better and of course, the fortune teller says yes. The fortune teller says he'll get really rich...if he works really hard. He tells him he'll have a happy marriage...if he finds the right girl. So it's that old saying that "luck occurs when preparedness meets opportunity".

We all know this is how it works. We know bad luck isn't what brought Al Capone down. Bad luck didn't make Michael Jackson get plastic surgery. It didn't make Brad Pitt divorce Jennifer Aniston or make Tom Cruise jump up and down on Oprah's couch. Likewise, Flavor Flav being on VH1 is not about good luck.

We want to believe our lives will be better because most of us are living paycheck to paycheck and we want reassurance we won't end up living on Skid Row in downtown L.A. if something happens to us.

We need someone to tell us we will luckily lose that last ten pounds without logging additional hours at the gym. We want to know if those lonely nights spent working late will eventually be replaced by dinners with someone who loves us for who we really are, not for the number of "friends" we have on MySpace.

Deep down, we all want to believe. and when it comes to luck, it's all about belief. The voodoo priestess is effective because the person believes. The fortune tellers get repeat business because we believe. 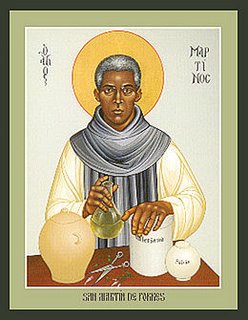 If I don't believe in 'luck' and instead believe only in intentional action, then I might curse myself into not having any luck. So I always open my fortune cookie, ever hopeful that the message within will somehow come true, daunted only slightly when the person sitting next to me gets the exact same message with the exact same lucky numbers. I laughingly acquiesce when an acquaintance wants to try out the palm reading abilities she supposedly learned on a trip to Romania. I purchase my Patron Saint candles at the 99 cent store, specifically burning the St. Martin de Porres one with the hopes he'll keep me from suffering racial injustice.