Shake It Off by Miss Mariah Carey. Did Calgon pay her because their sales are gonna go through the roof with lyrics like, "I gotta shake, shake it off. Just like the Calgon commercial, I really gotta get up outta here and go somewhere!" Let me be clear, I'm not trying to shake my husband off. It's just there are other things in my life that I'd really like to shake off. For example, competing with my sister for "Most Loved Daughter" status, or I'd like to become a lottery winner and shake off my job. I'd like to shake off the condemnatory tone in my mother's voice when I talk about Nelly, the wonderful woman who watches my kids while I'm at work. Mariah's song is really the smart woman's answer to that book, He's Just Not That Into You. Let's just hope that she keeps shaking it off when it's Friday night and she's home alone playing solitaire on the computer. 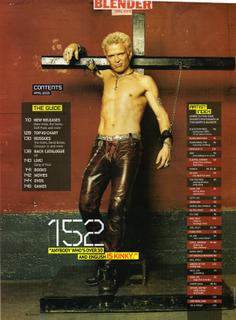 Eyes Without a Face by Billy Idol. Who didn't feel this Bad Boy when it came out? If you were alive and cognizant of the real world when this song hit radio and was on heavy rotation on MTV, you remember thinking that you seriously needed to throw your Official Preppy Handbook into the trash. You felt Billy's pain and wanted to find some British Bad Boy who would be able to duplicate the authenticity of his leather look and drive you up the wall of unnamed and unknown desire. Hearing this song evokes memories of driving in Chicago at night in the rain, getting to the end of Lake Shore Drive and turning right onto Sheridan Road. Water-slicked roads shining black, headlights gleaming white, tail lights blood red and the rumble of the El in the distance. Windshield wipers and batted eyelashes keeping time with the the drum machine "clap". This was the perfect vehicle for that Idol sneer and straight to the point sentiments such as, "When I'm far from home, don't call me on the phone, to tell me you're alone." The haunting synthesizers, the French lyrics in the chorus... Punk Rock met New Romantic fabulously. As you can see, Mr. Idol has maintained his image over the years. I can't help but wonder if those abs are the result of A) Good genes B) A kick-butt trainer C) liposuction/tummy tuck D) some sort of substance abuse problem. 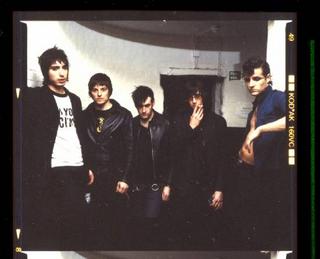 An Honest Mistake by The Bravery. Not only are they looking very retro Punk Rock in the photo, they also have cool art on their website and their lyrics are thoughtful and real. Hip Hop is so caught up in bling, pimpin' hos, droppin' it like it's hot, whips and rims... can you imagine a rap song talking about a mistake that didn't have to do with gettin' popped for losing the money for a drug buy? The Bravery brings the melancholy with, "Don't look at me that way. It was an honest mistake." --Nah, hip hop isn't even trying for that! Every time I hear this song on K-ROCK, I end up singing along at the top of my lungs. (By the way, for the sanity of my family, I only listen to K-ROCK and sing at the top of my lungs when I'm in the car alone. )

The world would be a better place if everyone just admitted that they too make honest mistakes. Well, to be true, there are people who admit it, but other folks are less likely to forgive those who admit to mistakes so maybe that's why everyone sits around acting like they are perfect all the time.
Email Post