And I just can't seem to get enough... 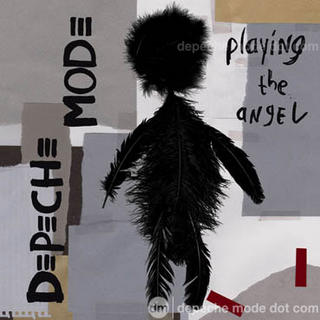 I only have three links from this blog. If you are at all in the readership, then you know I do have pictures of Orlando Bloom posted. Then there are links to the Baha'i World website and to Depeche Mode's website.

I've been asked why I don't write about my Baha'i beliefs. Well, I say my prayers, contribute to the Baha'i funds, which only Baha'is are allowed to do, I attend Baha'i events in my community as often as possible, but this isn't really something that I write about. I don't need to write about it...Baha'u'llah did enough writing and I'm actually trying to focus more on READING Baha'i texts so that I know more through my own knowledge and not through the knowledge of others. After all, this isn't a passive dogma, this is an active Faith and true faith is about actions, not words. I guess I could write about my paltry efforts to memorize more prayers. I could write about my efforts to reread The Dawnbreakers --in my opinion, one of the best books of all time and you can read the whole thing on-line nowadays which is very cool. I love my Baha'i community even if I don't write about it.

I also NEVER write about Depeche Mode and non one is asking me how come I don't. Some would say that Depeche Mode shouldn't even be mentioned in the same post as my Baha'i beliefs because that would give a music group some sort of equivalence with a world religion. Well, I pray every day. I also check out the DM website every day. Right now, I'm checking to see WHEN the U.S. tour dates are going to be available. So far, they aren't announced but here's a photo of the new album cover. They've titled it, "Playing the Angel." I can't wait to see what that refers to. They deserve to be in a hall of fame or something. Twenty-five years as a group. It's impressive.

I wonder if former band mates, Vince Clarke (who went on to form Yaz and the album, "Upstairs at Eric's", which produced the darkly depressing and wonderfully fantastic "Winter Kills" song) and Alan Wilder (no idea where he is) are missing being in the group.

I know many people who think Depeche Mode is a ridiculous 80's synth-pop band that should have died years ago. I also know many people who think being part of a religion is stupid...a sign of intellectual weakness and of being socially unprogressive. One thing living in L.A. has taught me is the necessity of religion in my life. Otherwise, there are no boundaries and there is only materialism and rationalism to guide my behavior. I have learned over and over again that I need boundaries and I also need spiritual guidance to avoid the total depression and delusion that listening to Depeche Mode non-stop can bring.
Email Post

princess tatas said…
HI, just visiting your blog after noticing that you had visited mine. Thank you for your encouragement, I am trying to follow my pathway and do what feels right for my spirit. I was excited to see that you are a part of the Baha'i (not sure of spelling) faith. I have been looking at it but where I live there is a very limited group, none of which I have been in contact with. Anyway, I will read more on your blog. You sound like a really interesting lady. I agree with your comments regarding the people affected by the Hurricaine.
4:05 AM, August 31, 2005