The Randomness:10 Musings on Black Love, Super 8 and Spin Class 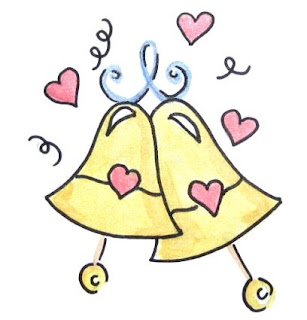 Is it the weekend yet? I wish tomorrow was a federal holiday. We need another three-day weekend. In the meantime, here's what's fresh and hot (and random) in my life:


1) Black Love in the House: I've read The Paper Ripper Extraordinaire by the multi-talented Jameil for YEARS. I feel like I know her to the point that I was trying to ship my kids and 1969's kids to her for the summer so she could run a black male documentary film bootcamp for them. Well, now I know why she said no to that fantastic idea. She just got engaged and she's marrying her man Rashan on July 1st! This is EPIC on so many levels! For real, I got teary-eyed when I read the news. Congrats, Jameil!

2) Downtimes-R-Us: I came to the conclusion today that my creativity suffers when I lack downtime. Or rather, when I don't take time to just sit and observe regular, everyday people and, ahem, eavesdrop on them, I don't have the perspective I really need about what's going on the world if I never stop to think deeply about it. Do you feel the same thing? What are you doing to get that downtime you need?

3) Spin Class: I took my first spin class in AGES tonight. I forgot my iPod and today was NOT the day for me to try running three or four miles with no tunes to keep me going so I figured, what the heck. I'll try something new. Ten minutes into the class, I was like, um, this chick is trying to kill us. But her music was good and so the time flew by. I think I'm going to try spin once a week.

5) P90X: Yeah, I'm really thinking about doing it. Yes, I am skeered to try it, but I do so much sitting all day that it's really showing up on my physique. Not good. I did the P90X fitness test the other day and I came pretty close to being able to do everything. Not the pull up though. Um, no. I can't even do one. What about you? Ever done it? Yea? Nay?

6) The Great Sunset Blvd Dance-Off: Driving home from the gym, I was stopped at the corner of Sunset and Western and WHY were there two dudes having a dance off in the middle of the street, holding up traffic? I wouldn't have minded if 1) I wasn't hungry because I just did spin class and then lifted weights, and 2) They didn't totally suck. For real, I felt like I was watching deleted scenes from Beat Street or Breakin' 2: Electric Boogaloo. And they're lucky they didn't get run over by someone in a hurry. 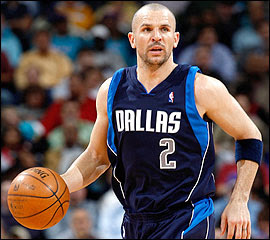 7) The Black Irish Save the Day: Big ups to my brother Jason Kidd putting those nails in Miami's coffin tonight. One more win and Kidd, who is 38, will get his first-ever NBA championship ring. And what was wrong with LeBron James tonight? Was his headband constricting his ability to shoot?

8) Se Habla Espanol: Hopefully I'll soon be able to say "yes!" My friend is sending me his Rosetta Stone in Spanish. I'm so excited. It's just trifling that I've lived in LA for 13 years without learning the language. I totally know how people who immigrated here years ago but haven't learned English feel.

9) Robin Hood With Kevin Costner: I watched part of it with my 10-year-old son tonight, and gosh, it's so bad it's good. I just love hearing Alan Rickman's awesomely campy Sheriff of Nottingham spit out, "Locksley, I'm going to cut your heart out with a spoon!"


10) Super 8: Am I the only one who has to pause and remind herself that it's a movie, not a motel chain you stay in when you're too broke to afford Holiday Inn? I really want to see it, and my sons want to see it, but I don't know if I can deal with the opening weekend crowds.

Liz Dwyer said…
Jameil,
I'll be smiling a LOT on July 1st! Yes, girl, those fools were pop-locking like they'd just sniffed some rock off the curb. Oh it was something terrible! Why don't you do spin? My boys want to learn Spanish, too. I bet they learn before I do!

Liz Dwyer said…
1969
Yes, those fools were straight up pop-locking in the middle of Sunset Blvd!

Dandy Gaines said…
Watch out for the P90X yoga video. its the longest and most difficult one for me... I was tired after the warm up, ok? Once you get into it, watch out for twisted-prayer-interlocking-hands pose. My butt muscle cramped on that one and I almost tumbled into a million little pieces.