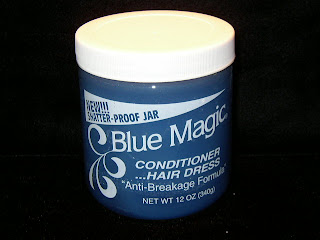 For all of y'all who've heard that old wives tale that black people don't get lice, guess what, YES, we do.
Early this evening, my eldest son, nine year-old Mr. O, filled me in on how the nurse checked his head for lice today.
"Lice?" I asked. "You don't have it, do you?"
"Nope. But she said I have nice hair," he replied, and then he proceeded to ask his younger brother if he got checked by the nurse as well.
Mr. T said he hadn't been checked. "But my head IS itchy!" he complained.
I promised I'd wash his hair really well when we got home, and promptly forgot about it -until it was bedtime and Mr. T complained, "Hey, you said you were gonna wash my hair!" As I combed out his hair before washing it, I thought, weird, dandruff was sitting in his hair - and it wouldn't come out. How'd he get dandruff like THAT all the sudden? Was it the chlorine from swimming lessons drying out his scalp?
Three shampoos later, the damn dandruff flakes were still there - and then my brain made the connection to the conversation I'd had with Mr. O earlier in the evening. A quick Internet search confirmed that yes, indeed, my kid had lice symptoms.
I think I may have said some bad words, one after the other, in rapid succession.
I'd always heard black people never got lice. When I was in elementary school the nurse wouldn't even check the black kids. "Oh, you all don't get lice," she'd say. They said it was because of our hair products, and even though that always sounded ridiculous to me, I never had it, my sister never had it, none of my cousins ever had it - and come on, what bug could survive being slathered in Blue Magic?
Not that I really ever thought the "hair grease kills lice" myth works, but DRAT my refusal to basically massage colored, scented petroleum jelly on my kid's hair!
When I found an actual hatched bug, I was done. Here was my thought process:
1) There are bugs in my kid's hair.
2) They might spread.
3) He's a boy.
4) I have clippers.
5) And a razor.
6) Time to get to work.
Wikipedia disagrees with my head shaving methods.

"It is not recommended that children's heads be shaved or even be given a short haircut for prevention or control of lice due to the psychological effects children might experience. Infestation with lice is not a disease and the medical symptoms are normally minimal. In any case, health providers and parents should try not to create emotional problems for children during examination and treatment"

Uh huh, screw you, wikipedia entry writer! There'll be some REAL emotional problems in this house if those damn lice get in mommy's hair! Plus, I don't have time to sit around and comb nits out and wait for BUGS to infect the rest of the house and, well, I was freaked out, my kid was freaked out! He wanted the hair off!
Guess what, little Mr. T is now bald. And he thinks he looks like hot ishtar! He was all UP in the mirror massaging his newly bald head.
His bed linens have also been stripped and washed in hot water, his pillow and stuffed Mickey Mouse bagged in plastic...
Sigh, it's been a busy night.
The moral of the story is that you should never believe everything you hear about black folks, and especially don't believe every old wives tale you've ever heard about our hair.
Email Post
Labels: black children Black people Hair hair cut hair products kids moms parenting

BlackLiterature said…
i thought the reason we didn't get lice was all the heat we use in our hair, lice couldn't survive blue magice AND a HOT COMB!

On a limb with Claudia said…
While you know I'm deeply sorry for your situation - and totally creeped out by lice...

Sending thoughts and prayers for the demise of some creatures and the thrive of others living in your household...
5:21 AM, April 22, 2010

Liz Dwyer said…
Black Literature,
Guess what I've been up doing ALL FREAKIN' NIGHT??!?! Flat ironing my hair with some pressing oil! AAGH

Claudia,
It's amazing how such a little critter can disrupt the lives of us larger mortals.

1969,
I forgot to take another one this morning. He thinks he's styling.

nick said…
So black people don't get lice? Ha ha, pull the other one, that makes no sense whatever. Sorry to hear the little buggers have taken a fancy to Mr T's coiffure. And yes, where's the photo?
1:51 PM, April 22, 2010

Liz Dwyer said…
Nick,
That was the conventional wisdom where I grew up... and up to this point in my experience, it's been true!

Remnants of U said…
My son had lice at some point in elementary school. And then I had a flash back to my mother saying "never share your comb or brush" We didn't shave him totally bald, but he was pretty close to bald.

Christie D. said…
Try shampoo with added tea trea oil. It is not proven, but personally I think it helps to keep lice away. Tea trea oil is strong, so try to find a shampoo that is formulated for children (I don't know about the US, but it was available in regular drugstores in the UK, which is where we were living when my kids came home with lice).
4:07 PM, April 24, 2010

Liz Dwyer said…
Christie,
I think the tea tree oil does work - turns out my eldest had it too - but he wasn't trying agreeable to cutting all his hair off, so we saturated his hair with tea tree oil for about 10 minutes - that was as long as he could stand - and then washed and soaked in olive oil overnight. Did some version of that three nights in a row and I think it's worked. Whew. So I did it to myself too just in case!
11:49 PM, April 25, 2010

It seems that BF don't get lice as often. I always thought it was the curliness. But I could be wrong.

In these parts where I live, they use conditioner. Tons of conditioner and let it sit. then comb with a very fine come. After a few cycles of that (sorry) its all gone.

We had a bout of lice some years ago. I was almost indignant to find out the whole family had it. Even me!

Well, anyway its all gone now.

Tafari said…
My entire family of Black African Negroes had lice 3 years ago & it was a mofo! Especially for me since I have locks.

It lasted for at least a month & we were all miserable.