Do You Really Want to See Me Naked? 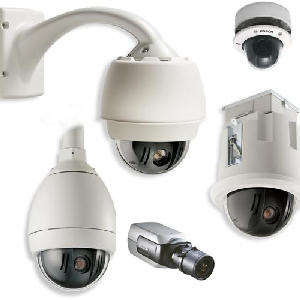 This morning I saw a news story about how our British cousins have made a camera that sees under clothing. So for all you women that never stopped padding your bra with toilet paper and all you guys that are still stuffing socks in your underwear, the gig is finally up.

Sure, the article says that the camera is only going to be used to determine whether someone has a gun, bomb or drugs on their person. But I say, yeah, right. Like we're stupid enough to believe that folks aren't going to be checking out our underwear or seeing what we look like naked.

I fully believe that if we're being told about the technology, it's probably already been secretly used on us for at least two or three years. People acted all shocked about the passing of the Patriot Act but I always thought the government did all of that surveillance anyway. I already figured phone conversations got listened to and bank records got monitored.

Do you remember the movie "Enemy of the State"? If not, it's a 1998 film starring Will Smith and Gene Hackman and it's all about surveillance. It basically predicted everything that would be included in the Patriot Act. I remember being especially weirded out by how the rogue National Security Agency agents track Smith's character via satellite. Next thing you know, we have the option to equip our cars with On-Star technology. Sure, we're told it'll rescue us in a crash, but do I really want someone to know where I'm driving at all times?

Yes, seeing that film was the first time I really thought about how God was no longer the only entity who could know what I was doing at any given time. Now we're all so monitored, we can even be tracked through our cell phones.

I certainly don't feel any safer with all this surveillance. After all, I've never heard about someone saying how they were 1) watching a robbery in progress from a live camera stuck on the side of a building in Downtown L.A. so they, 2) called the cops and 3) the cops showed up 30 seconds later and saved the victim.

In the amount of time someone watching a live camera feed spends on hold with 911, I might already be murdered, raped or robbed by a stick-up kid. All that'll be shown on the 11:00 news is a grainy picture of a suspect. I suppose that's better than nothing, but I'd already be a victim of a violent crime and, alas, my blogging days might forever be silenced. (Feel free to grab your tissues now.)

The fact remains that most cameras don't have someone viewing live footage. The manpower for something like that simply doesn't exist. So if a crime takes place, footage is pulled after the fact so a suspect can hopefully be identified.

Now I have to think about how some government employee is going to be viewing you and me with a camera that sees through our clothing. Can't you just imagine that employee snickering while tallying up a chart with the headings: boxers, briefs, thong, granny panties?

Just think what'll happen if these cameras get installed here in Hollywood. There'll be speculative reports in US Weekly and OK! about which other celebrities besides Britney Spears go out without their underwear.

Then someone from the National Security Agency will get drunk and leave their laptop in a bar. 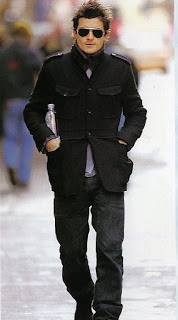 We'll find out that the laptop had thousands of hours of video footage stored on it. Before we know it some nefarious schemer will somehow acquire said footage and a website will pop up promising access to for a fee. How about $49.95 for access to a naked LL Cool J or Orlando Bloom?

If you're saying, "Girl, I wish I could but gas and milk is almost $4 a gallon!" Okay, how about $19.95 for nude access to D list celebrities that "star" on VH1 reality shows?

If that's still too steep of a price point, or you throw up a little in your mouth at the prospect of paying to see either Flavor Flav or Brett Michaels naked, the bargain section of the site will feature footage of everyday people. You and me in the buff for $9.99. And if you're truly broke, just think, there might even be a .99 cent section for images of those of us that aren't that attractive whether we're naked or covered with a gigantic parka.

After all the hubbub dies down and we're all trained to yawn at the prospect of that one stalkerish neighbor paying to see our naked picture online, a news story will be run on page 36 of the New York Times. It'll tell us about how Drunk Employee who lost the laptop in the first place has just been promoted to head of the Department of Homeland Security.

You think it can't happen? You think I'm crazy to come up with such a scenario? Well, then you must be one of the ones believing that the cameras will only be used to detect guns, drugs and bombs.

Lola Gets said…
Girl, they show "Enemy of the State" at least once a year on network tv in the DC Metro area. That thing freaks me out every time I see it. Id like to think that eventually Ill benefit from all the surveilance, but that hasnt happened yet.

And yes, I can verify that some of the stuff you see in that movie (and have read in that article) is real - I did work for the DC office of Homeland Security. Scary stuff man!

thailandchani said…
The software for this stuff has existed for many years. Remember when the news folks used to brag that they could see who was in Gorbachev's car from a satellite in the sky?

This kind of monitoring has been going on for a long time. They just try to package the outdated software (such as OnStar and GPS) so they can make some money off it instead of having to discard it.

Chat rooms are just old teleconferencing software that was once used by the Department of Defense. For that matter, so's the Internet.
3:09 PM, March 10, 2008

heartinsanfrancisco said…
It's a brave new world out there. So how come I'm not feeling very brave now?

Liz Dwyer said…
Lola,
You used to work at Homeland Security? I'll bet you have some real stories to tell. Goodness, I knew I was right to be freaked out by "Enemy of the State".

Chani,
I didn't know that's how chat rooms got started. Sometimes I feel like stuff really only gets invented for military use and then once the military moves on to something else, that's when people get to experience the innovations.

Hammer,
The ubiquitous snowball in hell comes to mind. I just can't see it happening. Meanwhile, more and more firms that have info on us accidentally lose it or sell it.

Brianna,
I'll bet when they see you, see through camera or no, I'm sure they're full of grins and winks! ;0

Heart,
I'm joining you in feeling decidedly un-brave these days. We really have no idea what truly goes on as far as surveillance. People pooh-pooh conspiracy theorists, but the truth is almost worse than the conspiracies these days.

Shoe throwing? I'll be on the lookout for a story about your arrest by TSA and subsequent deportation to Guantanamo. I wonder if they'll let you blog from there.
10:21 PM, March 10, 2008

Anonymous said…
I'm sure your scenario is all too realistic, Liz. As you say, it's probably been going on for years already. And of course there'll be surreptitious illicit copies floating around everywhere. The idea of checking out potential terrorists more throughly is laudable but inevitably the cameras will be misused and probably cause more harm than good.
2:43 AM, March 11, 2008

Liz Dwyer said…
Nick,
Yes, if it could be used for what it's supposed to be used for and only that, then that's one thing, but it won't be. And then that definition of "terrorist" can definitely be loosened up. Before we know it, all sorts of people could be considered terrorists.

Anonymous said…
You know that you used all the key words to have your blog flagged by the gov't!! Watch out for supicious cars in the neighborhood!!! Just in case the gov't reading this, I didn't agree with anything she said in this blog!!!!
9:17 AM, March 11, 2008

Liz Dwyer said…
Anonymous,
Gosh is THAT why there's a "pest control" van parked across the street and some suspicious characters walking their dogs around the neighborhood? Oh no! I'm really screwed now!
9:22 AM, March 11, 2008

Liz Dwyer said…
Jameil,
And I haven't even gotten started on the machine that can supposedly read our minds. Technology can be used for good or evil. Whew!
2:45 PM, March 11, 2008