The Cars Drive By With The Boomin' Systems

Have you ever been in close proximity to a car that has their music turned up so loud that the bass is making your car windows shake? I just had the pleasure of having that experience while sitting at the red light on the corner of Gage Avenue and Central.

I could hear the car before I could see it. 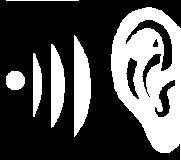 Since I do live in California, for a second I wondered if it was an earthquake. I really wondered when my windows started vibrating and my steering wheel began to move underneath my palms.

Women are never the driver of the car. It's always some guy, probably with size issues (and yes, I do mean THAT kind of size). He probably figures that if he turns up his music really super loud, we'll all think he's incredibly manly and hot. We'll all salivate and wish we were riding along in the passenger seat, so caught up in his sexiness that we're completely oblivious to the fact that we're experiencing hearing loss.

After all, if my steering wheel is vibrating, imagine what's happening to the ear drums of anyone riding in the car?
Email Post
Labels: Los Angeles Macho Men