Did Your King Day Celebration Have a Gentleman Biker in Head to Toe Pink?

Yesterday the family and I went to the 25th annual Kingdom Day Parade--and while there were celebrations and parades all across the country, I know nowhere else had a lowrider bike club in the house. 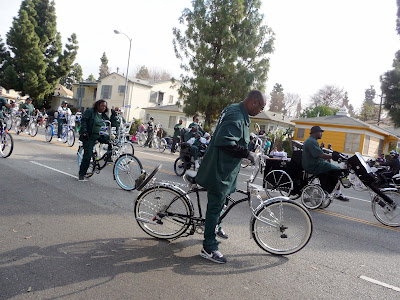 I would also bet big money that no other city had a gentleman rocking head to toe pink while cruising down the parade route. Can the church say fresh to death? 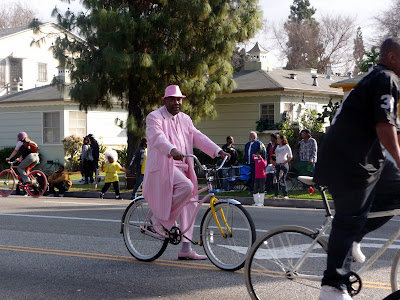 Seriously, when I grow up, I want to be him. Although, as Mr. T pointed out to me, that might be difficult to do literally since "You're a girl, and he's a boy, and you don't have a penis." 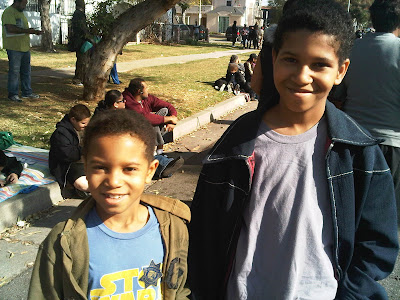 Mr. T and Mr. O both enjoyed the parade and loved seeing all the bands, and all the people who came out to march for what Dr. King demanded: jobs, justice, and peace. 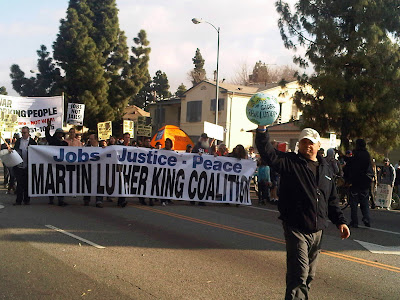 We cheered the most for the many hardworking activists who refuse to stop working for equality. 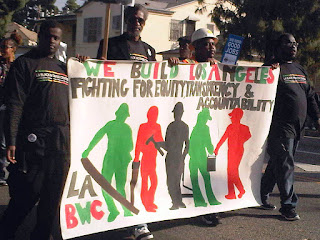 Post parade I found myself thinking about how despite Los Angeles' long legacy of social activism, what gets most promoted about this city in the media is gang violence. There's more to this city than that, though, and it was nice to see it on proudly on display.
Email Post
Labels: bikes equality justice Martin Luther King Social Change

nick said…
Good to remind us all of Martin Luther King and his legacy. And yeah, the guy in pink totally rocks. A shame about the emphasis on gang violence. As you know, we have the same problem in Belfast. Paramilitary shootings and dissident bombings get all the publicity but not the fabulous day to day ambience of the city which is what people come here for.
11:07 AM, January 17, 2012