Los Angelista Goes to the Movies: John Cusack and The Raven 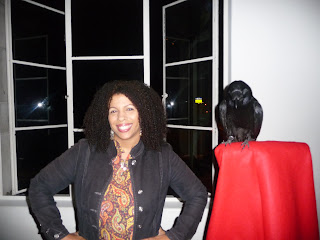 I've been really sick at home with the flu this week but when you get an invite that says "Come and join actors John Cusack and Alive Eve at the Hollywood Forever Cemetery for an exclusive Screening of the upcoming movie THE RAVEN" you haul yourself out of bed, pull out the heavy duty MAC concealer, dose yourself up with DayQuil pills, and pray that you're not gonna pass out while grasping Cusack's hand and saying "Lloyd Dobler, I loooove you."

At least, that's what you do when you're me. I mean, even if I ended up giving him the flu, at least then I could tell everybody, yeah, one time I gave John Cusack the flu...

Alas, unless Cusack was lurking in the corner observing the burly dude next to me fling his popcorn all over me while jumping in terror during a scary part of the movie, Evanston's Finest was not in the house.

At least, not in person.

I did get to see Cusack on screen playing one of my favorite authors, Edgar Allan Poe. My mom had several books with Poe short stories and I remember reading all of them when I was maybe 10. I've seen all the Poe movies starring Vincent Price a bunch of times. And of course, Poe's mysterious death is positively prime fodder for a film like this.

So should you go see The Raven? I've been waiting for this movie to come out for AGES and found it to be pretty suspenseful and entertaining. I did have to hide behind my hands a couple of times during a few gruesome parts. But once you get past that, you'll be caught up in figuring out who the killer is.

Oh, and as you can see, I got to take a picture with a very scary real-life raven. I think that's my "please don't peck my eyes out" smile in that picture. Now I'm still left to wonder, will that raven in my life ever get replaced by Cusack?