I'm White and I Recently Touched a Black Woman's Hair 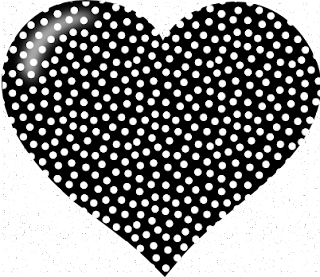 I love to write, but I don't write just for myself. I love the two-way dialogue that comes from reading your comments--even when my life gets busy and I don't have the opportunity to respond as quickly as I'd like. I appreciate how you all share parts of yourself and push my own perspective on the world.

One such example comes from commenter Phyllis. She responded to my recent post on not touching my hair with a comment that was so honest, it's resonated with me since I read it. You see, Phyllis is a white woman who has touched a black woman's hair. She writes:

"I'm white, and I recently touched a black woman's hair. I didn't ask first. The situation was a little different, but not so different that I think I'm off the hook.

We meet at a race amity conference, where we were both presenters; we attended each other's workshops, allowed ourselves to be vulnerable during a frank discussion about race, and made a promise to keep in touch. We both felt the potential for a deeper friendship. So as we hugged goodbye I expressed my feelings of affection by stroking her hair. She wears her hair straightened, and this was not about curiosity or wanting to touch something that had an interesting texture. It was simply an expression of what I was feeling, without so much as a moment's thought about how it might affect her.

I did not detect any reaction, nothing that would have clued me in to the inappropriateness of my behavior. But for several nights during the following week I had dreams in which she hovered on the periphery of the action, looking at me but refusing to speak. After the third dream I figured I must have subconsciously picked up on something that needed resolution, and I sent her an email asking if she wanted to tell me anything.

The phone conversation that followed was painful for me and difficult for her. But in the end, because I was able (this time) to listen without getting defensive and she was willing to take the risk of speaking and to forgive me, the incident served to strengthen our relationship.

Here's the point I'm trying to make, and I'm speaking particularly to any white readers who think they're immune to unconscious racist tendencies: There is no way we can claim freedom from the brainwashing about race that this society has been dumping on us for centuries. It doesn't matter if we identify as a different ethnicity; if we look white, we've absorbed attitudes of white privilege.

It doesn't matter if our families were not in this country during slavery times (mine weren't either--they came from Europe fairly recently); research has shown that immigrants pick up racist conditioning within a few months of their arrival.

The reason white people are less aware of the racist climate in this country is that our institutions have done a great job of keeping us blind, and we are comfortable in denial. And any time we begin to think that we're more aware than other white people, we run the risk of making fools of ourselves and insulting people of color.

The reality is that I should have known better than to touch a black woman's hair. I've been doing racial sensitivity training for many years. I even wrote a book about it. That phone conversation was so painful for me because I really hoped I had gotten to a place where I would never again do or say something that hurt a black friend.

But that's slightly unrealistic, and I think that the work of achieving true racial healing has more to do with how we behave after we realize we've screwed up. We're afraid of losing our dignity if we admit we were wrong and apologize. But actually we stand to lose something much more precious if we don't."

Thank you, Phyllis, for being so sincere and for putting your experience out there so we can all learn from it. It's really appreciated. xo's - Liz
Email Post
Labels: black hair black women conversations dreams europe friendship Hair immigration race racism relationships slavery White Privilege white women

I never thought about unsolicited hair touching as it relates to straightened hair. I can't recall that anyone - outside of family and a few close girlfriends - ever touched my hair when it was relaxed.

Only now that my hair is natural/locked have I found myself on the receiving end of hair groping. My hair's been boldly felt up in China, slyly touched at work and commented on and stared at everywhere in between.

Never would I have imagined that black women with straightened hair were experiencing similar issues.
7:05 PM, July 28, 2011

HAB said…
Your post and the CNN article have created much discussion and has been very thought provoking. This post from Phyllis brought up one of the things my husband and I discussed. The term "racial sensitivity" seems to imply--to me--asking to be treated differently as if someone has to walk on eggshells around anyone from a different race. The term I came up with is "culturally informed." If a person actually informs themselves about different cultures/races, they internalize the facts and can teach others. "Racial sensitivity" just seems to be teaching people to keep their mouths shut and their hands to themselves.

Jameil said…
OMG YES, Liz!! I read this comment the other day and was like WHO IS PHYLLIS??? Awesomely open & thoughtful! Way to be there, Phyllis! I'm so glad you were aware enough to realize something wasn't right!
8:20 PM, July 28, 2011

Phyllis said…
Liz, thank you! I'm glad that my comment is a useful contribution to the discussion. I feel pretty strongly that if we're not willing to be honest, we have no hope of ever understanding one another.

And thanks also to HAB; I like the term "culturally informed." I believe that any interaction where race is a factor requires more tact, sensitivity, and self-awareness. But it's also true that hypersensitivity can make us so afraid of insulting someone that we become paralyzed (although maybe, in certain situations, we do want people to keep their hands to themselves!)

And Jameil, I'm very grateful for your response. Truthfully much credit goes to black friends who have patiently and powerfully made me aware of my stuff, over and over, even when they were really tired of "educating" white people. If it weren't for their persistence, I doubt that I'd have much awareness. Thank you for your encouraging words.
9:41 PM, July 28, 2011

BlackLiterature said…
But in the end, because I was able (this time) to listen without getting defensive and she was willing to take the risk of speaking and to forgive me,

Kiva said…
I starting reading your blog after it was linked in the comments on Curly Nikki and your writing drew me in to spend time reading most of your recent posts.

Kudos to Phyllis for being real and to you for sharing her perspective. When I look at my children that I try to raise to look beyond color to the person, I am often reminded that we have come so far but yet still have so far to go in many areas.

nick said…
What a wonderfully honest comment. If only all white people were that aware and self-observing. But of course it's true, all white people like myself can slip into racist behaviour without realising. We're easily infected by all the racist sentiments constantly flying around us. There's no way I can see a black person in the street and have a neutral reaction. Inevitably I'm aware of all the negative assumptions about black people, even if at the same time I'm discrediting them.

But I was also struck by Phyllis's remark "Hypersensitivity can make us so afraid of insulting someone that we become paralyzed" I find that quite a lot, particularly when I'm taking to women.

Liz Dwyer said…
Nerd Girl,
I got touched a few times when I had straight hair--sadly, once or twice by men convinced that I had a weave and so they were feeling up my scalp for tracks. But it's nothing like what happens to me now.

HAB,
Culturally informed is a good way to put it. I don't think anybody should tiptoe around stuff because then no one ever learns anything. But I think being sensitive is also important simply because then, hopefully, emotional intelligence comes into play. Sometimes people can know facts but they lack the emotional intelligence to discern the impact those facts are having on their environment or the people around them. And lol, your grammar is fine!

Phyllis,
Thank you for not being annoyed that I reposted your comment. It really resonated with me.

Anonymous,
I don't think anybody is suggesting that folks walk around on eggshells. Or put eggshells in eggs (not sure which you are suggesting!) But, if who you are is offensive or rude, no, please don't be who you are and leave it at that. Work to improve yourself! We all have things that we need to learn.

Black Literature,
Yep, what I love is that both parties had a role to play in addressing the situation. It wasn't one or the other.

Kiva,
Thanks for coming and spending some time with me. It's appreciated, and yes, kudos to Phyllis.

Nick,
I felt it was wonderfully honest as well. I think we are all sickened to the core with racism, but we rarely realize it or have honest, personal discussions about it where we give ourselves room to grow. And lol, over taking / talking. ;)
7:00 AM, August 01, 2011

dhenretta said…
This article, the response, it's all ridiculous. The reason racism exists as prevalent as it does today is because of 2 things, either people won't let it go or they spend their lives apologizing for their race, it's 2011, get over it and get to living. We live in multicultural society these days and i think racism isn't as bad as i think most people would like it to be, the cry of racism is just a crutch for lazy, ignorant people. You want racism to end, then quit dwelling on it and join the 21st century.
11:58 AM, August 01, 2011

Anonymous said…
"So as we hugged goodbye I expressed my feelings of affection by stroking her hair. . . It was simply an expression of what I was feeling . . ."

so the feeling was of closeness and affection, but when the thinking brain clicked on - whoa - don't touch! send an email! have a talk!

is there any chance of getting beyond this and being able to caress a friend without thinkint twice?

a few days ago a (white) friend appologised for picking a piece of grass from my young daughter's hair without asking . . .

Anonymous said…
I just read this post because it was linked to at xojane.com and this is so lovely and honest. I wish that conversations between people of different races about things like this happened more often, because confronting these painful or uncomfortable moments suck, but it also forges friendship and understanding. Sorry to ramble. Anyway, I'm assigning this to my class to read, because I think it's a great piece.
9:18 AM, August 15, 2011