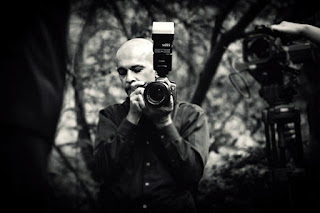 In our world of point-and-shoot digital cameras and affordable DSLRs, everybody fancies himself a photographer. Indeed, it's easy to think that with the right equipment, you too could be hovering on the side of a stage, snapping iconic shots of the hottest performers. The reality check only comes when you're exposed to the work of someone who actually knows what they're doing.

One such talent is Los Angeles resident Bobby Aazami whose photographs of some of the world's hottest musicians will be on display at M Street Coffee & Gallery in Sherman Oaks until April 3. Aazami's hosting an opening and reception at the Gallery tomorrow, March 26 from 5-7 p.m--yes, it's open to the public so you can go!

I'm always curious what makes creative people tick, so I interrogated Aazami about everything from whether he prefers Star Trek or Star Wars to how he approaches photographing a subject.

Los Angelista: When you were a kid, did you always want to be a photographer? Do you remember the first time you picked up a camera?

Bobby Aazami: When I was a kid, I wanted to be like Steve Austin. You know, the bionic man in that one TV show called the 6 Million Dollar man. I was a 4 or 5 year old kid in Iran watching my usual American TV shows that I adored like Scooby Doo, Charlie Chaplin movies, Laurel & Hardy…and then I discovered Steve Austin. I was smitten with his powers. When I came to the realization that I could never be like him, I went for the next best thing…acting. I tried my hand in everything related to the arts from acting and music to writing and stand up comedy until I found contentment in the visual medium.

The first time I picked up a camera was 11 years ago. I fell in love with every aspect of photography and consider myself blessed to have such a love in my life. 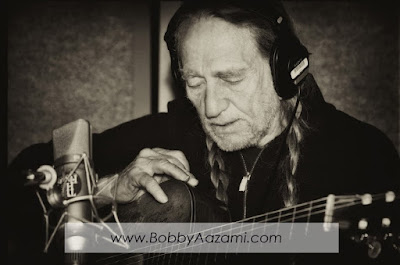 LA: Your exhibit profiles the music and concert photography you've done...when you photograph something, how do you approach the subject?

BA: Very rarely do I get close or pose my subjects. If I do, I’ll have a purpose and a reason for it. But for the most part, I come from a documentary school of thought when it comes to capturing my images. The less I am involved in the photo, the more you will see of my subject and who they really are. The less intrusive I am, the more present they are. The first time I met Jim Marshall, he shared a story with me about what it was like being on tour with the Stones in ’72. He said that after two weeks of being on tour with them, he was one day approached by Keith Richards and asked, "Jim, what the f*@k are you doing here?" He was so un-intrusive in his style of photography that Richards wondered what his purpose was on the tour. And if you look at the photos from that tour or any of his work for that matter, you’ll see these larger than life iconic figures, captured in their genuine and unguarded human moments.

And no matter what the situation, trust has to be established between myself and the artist. Always.

BA: I love shooting the music scene here in LA as well as…get ready for this…family events like weddings and other life celebrations. Due to my line of work and the events I generally cover, I am constantly surrounded and motivated by the energy of love. It’s when I’m happiest and it always shows in the work I do. 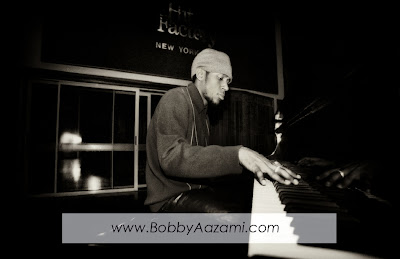 LA: Writers are known for suffering from writer's block. Do you ever suffer from "photography block"? If so, how do you get past it?

BA: I remember when I was in film school, I met a very accomplished cinematographer by the name of Declan Quinn. I asked him about his source of inspiration for lighting and photographing a scene. His response was simple: "Inspiration is everywhere--it’s all around you. You just have to keep an eye out for it, find it and make it yours." What I understood from that was everything around you contributes to your source of inspiration. Your job as an artist is to find someway to replicate it as best as possible but with your signature. That’s how you make it unique. To put it simply, I’m always inspired by films, photo clippings, colors / mood and thoughts that are evoked in my dreams, or from the way a sun sets through a living room window and the dramatic shadows that are created as a result…etc. The list goes on and on.

The other thing I am a big believer in is nurturing and taking care of yourself. Inspiration isn’t always seen or recognized in its purest expression when your personal life is up in shambles. 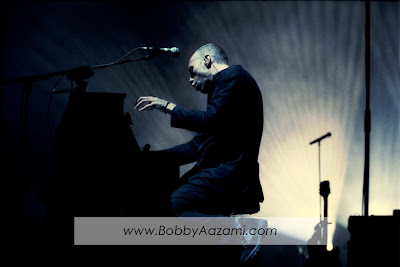 LA: What do you want people who come to the exhibit to walk away with?

BA: For the most part, I want them to have a good time. I hope to meet some really cool folks and in return, I hope they enjoy the photos and ask me questions about them. Almost each of them have their own stories associated with them and although your picture should really speak for itself, stories often add to their uniqueness.

LA: What advice do you have for budding photographers?

BA: Pick up a camera and get out there. Get to know your instrument and make as many mistakes as you can. Don’t be afraid of making mistakes or failure. It will make you the artist that you are and one day become the foundation of greatness that you stand on. And lastly, life is short. Be humble. Learn to take and give criticism constructively. Surround yourself with a positive support group of artists when it comes to your craft. They will be your lifeblood.

BA: Neither. Mario Lopez movies. I know. I know.

Anonymous said…
Some very insightful exchanges here. One question that continues to go through my mind is what collaborative combinations do folks see evolving.

With all the various types of media that exist, there are many ways that a message, a vantage point, a concept, an event or a personality can be experienced. With the blog I'm working with, no post is complete...but certainly not without images that compliment the message and ideas.