Only Seven? How Can I Choose?

I love music so it's a true pleasure to be tagged by DJ Black Adam! The rules for this one:

List seven songs you are into right now. No matter what they are. They must be songs you are presently enjoying. Then tag seven other people to see what they’re listening to.

Easy enough, but how can I choose only seven songs?

1) "Buckets" by Alland Byallo.
I've always been a sucker for a great tech-house tune and "Buckets" is what I'm rocking right now. Click on the link and you'll get taken to Alland Byallo's MySpace page where you too listen in on what I'm bobbing my head to in the car, in the gym and while I'm writing this right now. Yeah, this track is HOT!

There's no vocal, just some bass and futuristic elements that all add up to making me feel like it's 1995 and I'm dancing I'm in the VIP room of Chicago's best nightclub ever, Shelter. Sadly enough, Shelter's closed and turned into condos, but ain't that how everything is nowadays? Alland is originally from LA but now lives in San Francisco so I'm sure he knows a thing or two about ridiculous gentrification and housing prices. All I can say is if he keeps churning out burners like this, he could be paying for a house by remixing Madonna or Depeche Mode one day. 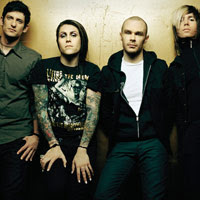 2) The Interview by AFI.
"For a change, I'll refrain from hiding all of me from you. Pray for rain. Lose your name. And watch all your dreams fall through."

Aww...lead singer Davey Havok's (he's second from the left with the tattoo sleeves) voice on this A Fire Inside track just causes me get a little teary-eyed every single time I take a listen. If you know AFI, you may be thinking this song's going to be some crazy fast punk tune. It's not. It's a ballad and I'll be the first to admit it, this ain't a particularly happy song. Still, I fell in serious love with "The Interview" last October and our affair has lasted six months. It's my second most played song on my iTunes. 622 plays. This is a sitting on the couch and contemplating all sorts of heartbreak kind of song. If you click on the link, just know that that's not an official AFI video. It's the song superimposed over imagery from other AFI videos, but you'll at least be able to hear what it sounds like.

3) Sunday Morning by K-OS.
"Cause everyday is Saturday night...but I can't wait for Sunday morning."

I was just writing about this song on my other blog so I won't repeat all that I said there over here in this space but man oh man, I'm feeling this song! I only heard it for the first time on Sunday night and it's in heavy rotation. It makes me think about how I really do love my Sunday mornings. I never work on Sunday mornings. I spend time by myself. I'm up before anyone else in my family and off to the gym or walking the hills around my house. Then I go to Coffee Bean to get my Jasmine Dragon Phoenix Pearl tea...and then to Trader Joe's. Yeah, this song is so happy and upbeat and it totally reflects my Sunday morning mood. 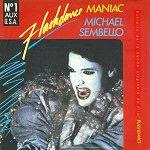 "She's a maniac, maniac, I sure know. And she's dancing like she's never danced before."

I think my husband is probably a little sick of me dancing around at seven in the morning with "Maniac" on full blast. I can't help it! This song really gets me going. It's from the Flashdance soundtrack. I finally saw Flashdance for the first time a few weeks ago when it came on tv. The film was absolutely nothing to write home about (and who knew strippers really are repressed professional dancers) but I was reminded of how much I liked this song. I remember my mom liked this song too and bought the 45 for it back in the day. A teenage me that used to dance around the house to "Maniac" all those years ago only dreamed of living in Los Angeles. Who says dreams don't come true? 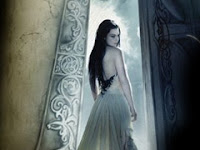 A rock song about bi-polar disorder? It would seem to be so. All I knew about lithium before this song was that batteries made out of it last a really long time. My mom was actually the one who told me that lithium is used to treat bi-polar disorder because it helps folks balance both the manic episodes and the depression. I give major props to Evanescence for singing about real issues in their music...and I love Amy Lee a whole lot. It's nice to see a fly female singer that's fully dressed.

6) Give Me Tonight by Shannon.

"Give me tonight, then if you don't wanna stay, girl I'll just forget you. You'll see I'm right. You won't get to go away. Love ain't gonna let you."

You probably remember "Let the Music Play" by Shannon. I always liked "Give Me Tonight" better. I was really into freestyle dance music back in high school. This song totally reminds me of being fifteen and wearing really bright red lipstick every single day. My hair was also moussed and curled so that it stood four inches off my head and it was a red-orange color due to my regularly pouring hydrogen peroxide over it. Yes, I loved the '80s. If you want to dance in your seat, click on the link and watch Shannon's video for this song. Girl was rockin' her ish! ;0 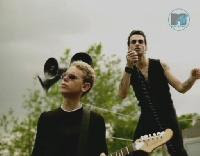 What seven-song list of mine would be complete without the musical artists that hold my heart in the palms of their hands? Last but not least, "Freelove" was Depeche Mode's 38th single, released in 2001 off the Exciter album. Although Exciter isn't my favorite Depeche Mode album, I adore this song.

When I went to New Orleans, I kept thinking about how the video for this song was shot there. (Click on the link above to watch it.) Oh how I wish people there were getting help with no hidden catches and no strings attached.

Now, to pass it along, I'm tagging the following folks:
And if you haven't been to their sites, you should go say hey! Special thanks to DJ Black Adam for tagging me. I had fun with this.
Email Post
Labels: Alland blogging Depeche Mode Evanescence Flashdance K-OS Michael Sembello Music Shannon tagging

The Moon Topples said…
When I was little, and "Maniac" a current hit, I always thought the line "she's dancing like she's never danced before" meant she was dancing as though she had never before attempted to dance. Which would mean she probably wasn't a very good dancer.

I shall tackle this meme before I go to sleep tonight. I vow it.

BTW: Before achieving his one-hit wonder status, Michael Sembello was Stevie Wonder's guitarist on a lot of that really seminal 70s stuff. Weird, huh?
10:19 AM, March 28, 2007

Liz Dwyer said…
Maht,
I did not know that about Michael Sembello and Stevie Wonder, but I read in Wikipedia that the song was originally about a serial killer and they changed the lyrics to use it for Flashdance. Can I really trust Wikipedia though?

All done. That took two hours!

Normally I dislike tags, but this one was really hard to do and kind of fun. Thanks.

I've been sooo busy lately, and I've only now seen that I've been tagged by you! Thanks! I'll have to work on that tonight...I'll leave a comment again when I'm done.

Anonymous said…
'Give Me Tonight!'

Liz Dwyer said…
Kim,
Yeah, "Give Me Tonight" is in such heavy rotation that I heard my 6 year-old humming the melody.

Liz Dwyer said…
Anonymous,
That's quite a litany of questions for a Saturday afternoon. Did the seven songs inspire all that?

Goodness, those ten questions and the answers to them could fuel bloggers for the rest of eternity...but they're also not the kind of stuff I discuss on my blog. Some things should be private, even in a space as public as a blog. That's just me though. Perhaps on your own blog, you have been the first to take on your own dare and answer those questions.

But, I enjoyed reading your astrological forecast. It's interesting to think of curses and I wonder what, if anything can overcome such things. Moi, I believe racism is ultimately a spiritual disease so all of our sickness can only be healed with transformation of our hearts and drawing closer to spiritual truths.

I do think bloggers have a great responsibility to not just rehash the same territory over and over again but to illuminate something new in our pursuit of truth. I think you might enjoy some of the other blogs I'm reading lately (don't know if you've come across these already), but http://www.solarsouls.com/ is one of my favorites these days.