Yes, I was front row at the 8:15 pm showing of at Pirates of the Carribean II last Friday night at The Grove. The front row was not intentional. Although I did adore the close-ups of Orlando Bloom and Johnny Depp, there were simply no longer enough seats for three people to sit together in the rest of the theatre. I wish I had a photo of my friend Malav trying to sit on the floor and tilt his neck back. I kept repeating, "Don't worry, your eyes will adjust eventually." There are certain scenes where I have no idea what happened because my eyes were a bit slow on the refocusing and adjusting. Sitting front row also meant slight motion sickness during the Transformers preview. Nausea also became a problem during the gigantic water-wheel sword fight scene.

The film made about $135 million over the weekend. I paid $12.75 for a ticket. But we also know that every theatre in Los Angeles is not as expensive as The Grove, and every city in the United States is not as expensive as Los Angeles. (Why am I living here?) So, if I take an estimated national average of $9.50 for tickets, that means that approximately 14.2 million people went to see the movie. 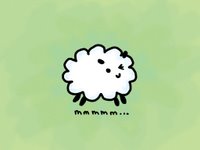 This must officially categorize me as a sheep. A follower. The pied piper whistled and I ponied up the money to line producer Jerry Bruckheimer's pockets. I was one of the fourteen million sucked in by the prospect of Orlando's improved acting and the promise of getting a long distance calls from my sister that went something like this:

C: So is Johnny Depp's character gay or what?
L: I dunno. Maybe we'll find out in the third one that he's bi.

We then launched into a conversation about Hollywood's subliminal messaging. Next thing you know, there'll be a book about how Pirates are the original "brotha's" on the down low. Think about it...they spend loads of time on boats on the open sea with no women around them. Hmm. And baaaaa.
Email Post