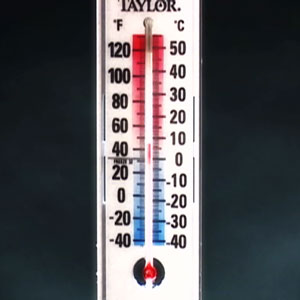 I spent a lot of time at the gym this weekend. Sure, I like to exercise and sure my body (like yours) needs exercise. That wasn't why I went though. Why was I spending hours at Bally Total Fitness? Because yesterday was the hottest day in Los Angeles history and today wasn't much cooler.

Since I don't have air conditioning at home, this weekend's heat has made my apartment feel like a really humid toaster oven. I could have driven around in my air conditioned car but that makes no sense since gas prices are around $3.30 and car emissions are part of the reason why it's sizzling in the first place. You know if I went to the gym to cool off, it's gotta be hot!

101 degrees in Downtown and 119 in Woodland Hills in the Valley. Any Angelenos out there that still believe global warming is a bunch of crock have probably now become true believers. The past week found thermometers showing temperatures more appropriate for Las Vegas than Los Angeles and a humidity level more the norm for Houston than Hollywood. It's not that it doesn't get warm here. The temperature does soar above the ninety degree mark every summer, but when it does, I know it'll only last a day or two. All that has changed this summer. We've had more days over 90 degrees this July than in any other summer in Los Angeles history.

My sweat-induced haze is making it difficult for me to keep it all in perspective. Yes, I know I'm lucky that I'm not a potential heat-stroke victim. After all, I don't work outside doing construction or landscaping. Instead, my office is air conditioned. It gets chilly enough that I sometimes wear a sweater when I'm there. Then, there's the fact that I have a car so I don't have to stand on the corner baking while waiting for a bus to take me where I need to go. There's also the crime factor. People trip out and act crazy when it gets hot. There were seven murders in Compton this week alone. Folks are sitting around sweating and their temperatures and tempers boil over.

There's still a week left in July and then all of August and September to bake and broil in the Southern California sun. If the heat keeps up, I'm going to become a regular gym goer again.
Hmm...maybe this sizzling summer isn't such a bad thing after all.
Email Post