On the Seventh Anniversary of My Brother’s Suicide: There’s Acceptance, Not Closure. 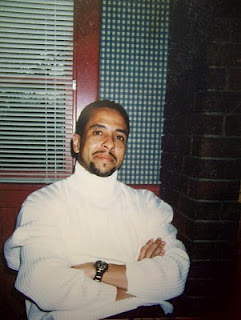 “People always say you have to reach a point of closure. When would that be?” my mom said to me this morning. “The person is not here and you can accept it, but it’s not closure,” she added. Today’s the seventh anniversary of my brother taking his life and tears ran down my cheeks as I listened to her voice coming through the phone.

Those tears carried sadness for my brother and how I wish daily that he had not made the decision to pull a trigger and end his life. I cry for my parents, too, especially my mom. Sometimes when I’m watching my sons play, I think about how it would feel to be in her shoes. My brother was my mom’s baby and she had all the hopes and dreams for him that I have for my own boys—that any mother has for her children.

Acceptance does not erase memories, either. Some memories I have are lighthearted ones that make me smile. Over the holidays my 9-year-old annoyingly teased my 11-year-old over his possibly-maybe liking a girl. I laughed to myself remembering how angry my brother got when I was being that sort of little sister. I remembered how much I delighted in embarrassing him when a girl he liked came over.

Some memories are bittersweet. On New Year’s Day I went with my family to see The Hobbit. “There’s Christopher Lee,” said my youngest son excitedly during the scene with the famous actor who plays Sauruman. “Just like your brother’s name.” I sat next to him in the theater, feeling the tears welling in my eyes, remembering the moment when I was a child and noticed that same thing

Still other memories are full of unhappiness. I remember one of the last times we talked on the phone. His ability to dream big—and often grandiose—dreams was in full effect. He told me that he was thinking about coming to California for a visit, and maybe he’d move to Los Angeles like me.

Charismatic as always, I could hear in his voice how much he needed someone to believe in him—to tell him that he could do anything he wanted. But after years of seeing him struggle with addiction and incarceration, I made the sort of noncommittal remarks we all make when someone we know is saying things we, deep down, think are ridiculous.

We never had an in-person conversation about those hopes and dreams. By the time I headed to the Midwest to visit my family for two weeks in December 2005, he wasn’t speaking to anyone. And so I returned to Los Angeles after the New Year without saying hello. A few evenings later my father called, his voice cracking with grief, telling me about my brother’s decision to put a gun to his head.

Seven years ago when I wrote about going to see his body at the funeral home, I knew I’d never forget it. And there is no closure on what I saw:

"We stood to the side of the stretcher and Mr. O'Neal, the funeral director pulled the sheet down to uncover the face and neck. I haven't seen my brother since 1996 and there was such a sense of time stopping. I was, in that moment, unaware of anyone else in the room. I found myself focusing on his hair...shorter than I'd ever seen it, slightly graying around the temples. His closed eyes were beginning to sink into their sockets. I could see the back of his head, misshapen now, and all of the huge threads where it had been sewn shut again. I will never forget that. No book I read, no song I listen to, no story I ever write will take away the image of those huge threads."

No, there is no closure on that.
Later this morning I was on the verge of tears again, and a friend sent me a text that helped so much: “Just want to let u know I’m thinking about you today… I will say prayers for your brother and of course your whole family as you remember him and your loss.”

I am grateful for those prayers. Indeed, I am always praying for the infinite progress of my brother’s soul. There is no do-over for him in this fleeting physical world. But in the next, the spiritual world, I pray that he is making progress and that his dreams—which are surely beyond what he ever imagined in this material existence, are coming true.
Email Post
Labels: Family Funerals prayers Suicide

Liz Dwyer said…
Kim,
Thank you for doing that. So appreciated.

Donna,
Someone I know actually asked me when I'm going to stop being sad about this. I was like, um, probably never. It will always be heartbreaking.
10:02 AM, January 09, 2013

Daniel said…
Los Angelista,
My thoughts are with you and your family. I concur, closure doesn't really happen. Scarring and covering, moving on maybe, but that's it.
Your account was why I didn't go look. Couldn't deal with that as the last memories.
10:15 PM, January 10, 2013

Liz Dwyer said…
Daniel,
Thanks for thinking of us. It was a difficult decision to go look--I just couldn't let my mom and dad do it alone. I really couldn't. But it will haunt me forever.
11:23 PM, January 10, 2013

Ms Angela said…
I totally relate to what your feeling, Liz. I've lost my brother too, and even though it's 25 years, it still hurts. I remember seeing my brother's smile reflected in my son's face when he was growing up, and I see that same mischievous grin on my grandson's face at times. I love that; it's like parts of him still lives on. But it hurts, all the same.

Yeah, we do move on with our lives. I live each day, doing my thing, and then it hits me. Memories. Tears. What I'm grateful for now is that most of the memories are good ones, and that outweighs the horrible one of my brother in the casket.

I'll be saying prayers for you and your family, Liz. Like you, I'll never completely stop being sad about it. I loved him far too much.

Unknown said…
I was browsing around your newly discovered site and had to read this article. Thx for continuing to write about it, and I'm sorry your brother pulled the trigger that day.

My brother made a similar decision a few years ago, but I haven't written about it. I'm in that process now, and it helped to come across your story. It reinforces one of my core beliefs that no matter what tragedies we've faced, if we're honest enough to speak about our pain, we can find someone out there that actually understands us. People are not as different as it seems. We can all relate to one another in a significant way.