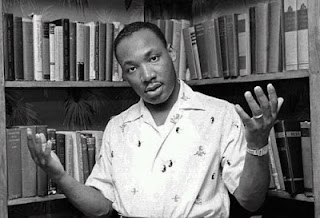 Tonight my 11-year-old sixth grader, Mr. O, told me some LAPD officers came to his middle school and talked to his class about hate crimes. He pulled a stapled handout out of a folder and passed it over to me. On it I read:

My eyes lingered on the definitions for race and ethnicity. They define race as, "A group of people classed by their customs, traditions, and community interests, among other traits. For example, Asians, African-Americans, Caucasians, and Hispanic/Latinos."

And then they define ethnicity as "A connection to a group of people classed according to common racial, national, tribal, religious, traditional practices. For example, Mexican, African-American, Chinese, and Cherokee.

Something wasn't sitting right to me about these definitions--is it that it's been awhile since I've seen our social construct defined on paper? But before I could reflect on what exactly that was, I realized that Mr. O was briefly recounting how the officers had talked to the students about Rodney King and the LA Riots and how you can get arrested for a hate crime. And then he said--in an incredibly sarcastic tone, "But if kids call me the n-word at school, nothing's going to happen to them."

This gave me pause because since the release of "Django Unchained", I've heard plenty of debate and discussion about the n-word. The worst was overhearing two well-heeled white women in the cafe at the Barnes and Noble at the Grove talk about how "superbly witty" Samuel L. Jackson's mocking refusal to answer questions from a journalist was...unless the journalist would say the word instead of saying n-word.

We adults have so many intellectual arguments about whether to use--or not use--the word, as well as who gets a pass with it. But what about the experiences of my son and how it is used in his school? And then I realized we had not had this conversation before--I had a moment of panic where I realized that he's hearing the word at school but it's January and he hadn't said anything about it. I decided to ask him a few questions and type up his responses:


Los Angelista: How many times a day do you hear the n-word?
Mr. O: Probably every day. There’s not a day that goes by that I don’t hear it. I hear older kids and kids in my grade say it.

LA: What is the race or ethnic background of most of the kids you hear using it?
Mr. O: Mostly white or Latino but sometimes Asian.

LA: So they call kids who aren’t black the n-word?
Mr. O: Yeah. They use it like how they’re saying 'what’s up, dude?' Except they use the n-word.

LA: What about the black kids?
Mr. O: Some black kids do say it. I don’t know if they’re clueless and don’t know what it means or what--or they’re saying it to act cool.

LA: Why do kids say it to act cool?
Mr. O:  Maybe they hear rappers use it—like Lil Wayne uses it in his songs.

LA: Do you ever tell anybody?
Mr. O: Yeah, I tell adults when it’s directed at me but they just tell the kids to stop and don't really do anything about it. Like for example today there was a fight by the lunch tables and there was this office staffer right in front of the fight. She didn’t do anything. She just sat there and acted like she didn’t see it and the kids were using the n-word and cussing a lot during the fight.

LA: Do you think they should get in big trouble?
Mr. O: Yeah. Maybe detention or community service.

LA: What does the n-word mean?
Mr. O: It dates back to slavery where white slave owners would use it to demonize black slaves. They wanted to make them not as human so they called them that.

LA: But what about the people who say you drop the “er” and change it to “a” to claim ownership and make it a term of endearment?
Mr. O: That’s not true. It’s the same meaning and it still has the same effect. And honestly to me that’s just an excuse to say it.

LA: Have you ever said it?
Mr. O Giving me the most outraged look ever: No. And I can't believe you'd think I'd say it.

He decided to go to bed after that...and he left me worrying about the effects of hate speech that we tell ourselves isn't hate speech. We're raising a generation who thinks nothing of using the word--and they learned it from us.

What would happen if his school decided to actively help kids eliminate the word--and any other offensive language--from their vocabularies. What would need to happen at that school?  What would that process look like?
Email Post
Labels: middle school Mr. O students the n-word

Phyllis said…
Whew, I got stuck on their definitions of "race" and "ethnicity" which I agree are troublesome. Community interests? Really? What do you suppose were their reasons for choosing not to mention skin color? I'd be interested to hear your son's take on that - he's clearly quite insightful!

Anonymous said…
I live in Santa Clara County, the first and perhaps only county in the US that adopted a resolution establishing opposition to the N-word as the community standard. The impetus for this organizing effort was black high school students who were placed in juvenile hall after a fight provoked by the use of the N-word. in the proceedings the judge accepted the argument that the widespread use in music and popular culture made it acceptable. Education and passage of this resolution established a new community standard that can be used in legal proceedings.
5:37 AM, January 11, 2013