If Obama DID Dye His Hair, Why Is That a Big Deal? 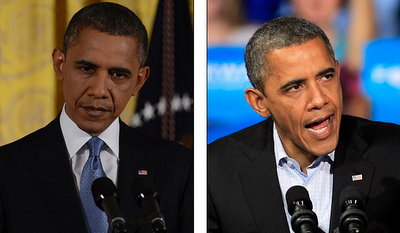 Is President Obama a purchaser of Just For Men? Inquiring minds want to know!

It must be matter of national security. Whether he dyed his hair to get rid of the grey is apparently the hot question of the moment--at least it is according to the Washington Examiner. I am not an Examiner reader. However, ahem, CONFESSION: I troll around on the Daily Mail site to make myself laugh. They picked up the story and are all, maybe Obama does, maybe it's just lighting.

Hmm. This is less critical to the world than the endless soap opera of General Petraeus being the Tiger Woods of the military. So why am I writing about it? I don't know and frankly my dear, I don't give a Rhett Butler about it. It just fascinates me that women are expected to dye their hair but if men do it, OMG, it's the END OF THE WORLD.

If Obeezy dyes his hair, more power too him. Let the Rapture come on so we can find out who does his color. Besides, if he does, that means we have something else in common than being half black, half Irish people who believe that healthcare is a right, not a gift.

But you know who I would bet good money uses hair color? Texas Governor Rick Perry, the guy who was one of our potential saviors from the Hordes of Black and Latinos Who Want Gifts--at least until he couldn't remember three cabinet departments he'd eliminate if elected. 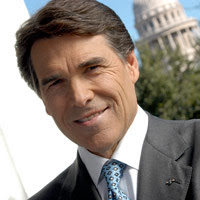 Look at that chocolate brown 'fro! Rick Perry could have a second career as a Hair Club For Men AND Just For Men spokesman. C'mon Examiner please find out the dirt on Perry's hair!
Email Post
Labels: Hair Obama

Rosita said…
Agree, there are definately more news worthy items.
My thoughts on the Petraeus soap opera (leaving national security questions and the fact that they were both married aside) is that is so nice to have a sex scandal between consenting adults. Then I think what a sad state things are in if that is my first reaction.
7:06 AM, November 15, 2012