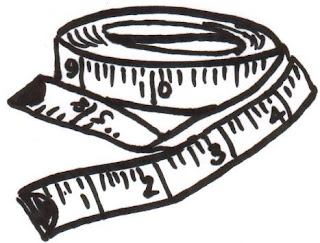 Last night, I went to the JcPenney at the Glendale Galleria. I was in search of new shoes and pants for my eldest son, Olinga, also known as "The Human Weed" because he's growing so quickly. After getting both of my kids shoes and pants (great prices!) I decided to head to the lingerie department to check out what was on sale there as well.

My eldest is at that age where he screams, "EWW...GIRL'S UNDERWEAR!" at the top of his lungs. That progresses to, "I can't look! Rescue me, mommy! AAGH, I SEE BRAS!" The younger one says whatever his brother is saying, but he seems to have more lung power, and also will add his own flavor by saying stuff like "nasty underwear" and "gross bras". Needless to say, I sent them to a play area with their father.

It turns out, I was the only customer wandering around the lingerie department at 7:30 on a Sunday night. I picked up some underwear that was on sale, "Five for $25". I'll never get why a pair of underwear is $5, but that's a whole other issue.

Then I saw a sign advertising a "Free Bra Fit Event" and figured I should get myself measured. After all, I always read how most women are going around wearing the wrong bra size and I don't want to be one of them. And,I was safe! No other customers were there to hear my measurements, unlike last time I got my bra size measured and the saleswoman seemed to be hell-bent on shouting my measurements through a megaphone. I figured it'd be smooth sailing.

I approached the counter where three employees were chatting with each other while folding and rehanging items discarded in the dressing rooms. I waited...ten seconds. Twenty seconds of hearing how Tatiana's man is no good. Thirty seconds...he is cheating with, "that slut". I'm thinking, "Ok, maybe they don't see me, even though I'm standing right there." I decided to interrupt their gossip-fest.

"Excuse me, but if it's not too much trouble, I want to get my bra size measured." Jeepers, listen to me! No wonder my sister says I'm waaay too nice to people.

The sales girls exchanged looks and one said to me, "You don't know your bra size?"

The very question made me feel like a moron even though they had the Bra Fit Event sign right next to the cash register.

"I know my size, but I want to make sure I'm wearing the right size. It's been about a year since I got measured, and I want to be sure."

They exchanged looks again and one of them said, "Ok, Kati (pronounced Khaa-tee) will measure you."

So Kati sighs, grabs a tape measure, comes from behind the counter and says, "What size were you before?" I tell her but explain that I've been working out more and so my bras feel a little big. She starts to wrap the tape measure around my chest. Thirty seconds later she says, "Well, you're either a ___ or a ___ ." Kati suggests that I try on both sizes to see which one I like best.

I had instant misgivings about this you're one of two sizes measurement. One of the band sizes she told me was bigger than what I currently wear and if I already think what I wear might be too big, how could this possibly fit? The other size was the same band size I wear now, but a much bigger cup size. As flattering as being a bigger cup size sounded, um, it really was just ridiculously unbelievable!

I knew that no bra in these two sizes would fit me. I wanted to ask Kati to remeasure me but she'd already stalked back behind the counter to hear more about Tatiana's trifling boyfriend going over some other woman's house.

See, now I know why we ladies are going around wearing the wrong bra size. It's because customer service is truly a lost art. We're left to guess whether we're an A, B, C or D or ZZ cup. We're left to try to just pick something off the rack and hope it fits. What size bra do I really wear? Your guess is as good as mine.

And, in case you're wondering, yes, I left the underwear on the counter. Even though they really were cute, I couldn't buy something from a trio of salesgirls who couldn't even get it together for one measly customer. I keep thinking about why I didn't say something to them about their poor customer service. I know back in the day, my mom sure would have.

What would they have done if I'd actually told them why I wasn't buying anything? I don't know about you but my gut tells me they would have just shrugged it off.
Email Post
Labels: bra size Customer Service Shopping women

thailandchani said…
They would have hoped the boss wasn't around to hear it. I'm fairly certain that's all they would have been concerned about.

Anonymous said…
When bra-shopping with children, I close my eyes, grab whatever's on the sale rack, buy it, and will my body to fit once I get home. Such superheroine flexibility and squishibility is one of the miracles of a post-partum body, and a testament to the fact that the lingerie industry (as well as the megacorporate retail customer service sector) has no idea what it's doing. For instance perhaps I am wearing the bras in ways that were not intended, but there is no Bra Law and if there is it is easily breached.

Weeks later, I wonder what the hell I was thinking in buying this bra, and I spend a year telling myself I've got to go get myself one that "really fits." Two years later, I finally get around to it, and inevitably I repeat the cycle, because some aspect of it will be too impulsive. It's quite a racket they have going! We're all suckers!

What about breast-binding? Isn't that an option?

In order to bra-shop, I feel I must meditate for an hour beforehand, clear my schedule for the day completely, and have an arrangement for going to at least eight stores in the time provided, making sure I have set up child care. Simple enough.
3:10 PM, April 02, 2007

Unknown said…
Hey Chani,
Thanks for visiting! I don't know. Half the time, the folks giving the bad customer service will up and snap at you, "I am the manager!"

Heather B!!!
Hola to you and yours! Yes, I agree that retailers have us wrapped around their materialistic little fingers with their ridiculous sizing and prices. I think about how little those ladies are probably making and about the profit margins on those flimsy strips sewn together satin and lace. A pure and simple example of gender inequality is the fact that bras are obscenely expensive. Unnecessarily so, and that's why I get terribly annoyed by not knowing the correct size. If I'm going to have to drop at least $20 on a bra, that sucker had better fit!
4:15 PM, April 02, 2007

Yolanda said…
I would have walked out, gone to Nordstrom's to get a proper measurement, walked back and bought the correct size and Penny's. Voila!

I've never known Penney's to have great customer service- the clothes have gotten better(and their prices) but I don't have very many expectations on getting exceptional service.
6:54 PM, April 02, 2007

Liz Dwyer said…
Yolanda,
I agree. But although I didn't expect a ten on the customer service meter from Penney's, good grief, my lingerie department trio was a little on the ridiculous side. By the way, I did not know Nordstrom's does sizing! Next time I'll get a little exercise through the mall. Thanks for the tip!
7:34 PM, April 02, 2007

Anonymous said…
A little late with my comment but, yes, Nordstrom's is the place to go for A) Great customer service and B) getting your bust measured without hesitation.
My mother worked at the old Bullocks-Wilshire back in the day (late 60's early 70's) and swore by great customer service, so that is a pet peeve of mine...
8:58 PM, April 03, 2007

Sundry said…
I've heard wonderful things about The Wizard of Bras in Monrovia. Apparently worth the drive...
http://home.flash.net/~bras/index.htm
7:10 AM, April 09, 2007

Liz Dwyer said…
Joy and Sundry,
I absolutely love that I now have two great SoCal options for bra fitting that I didn't have before I wrote this post! Thank you!
10:28 AM, April 09, 2007