That Moment When I Open the Box For My New iPhone...and the Box is Empty 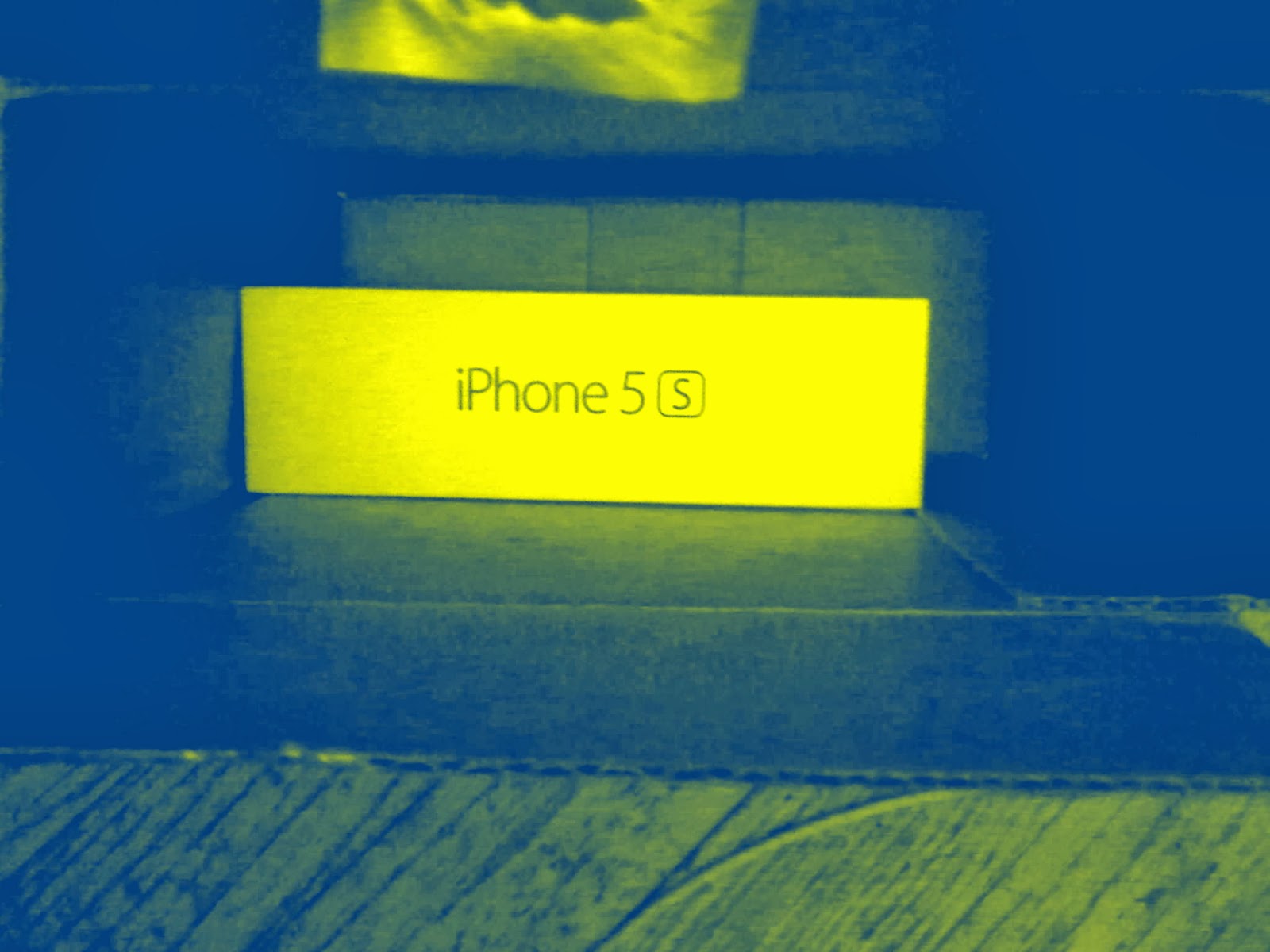 If I was a superstitious person, I'd start to think I'm not meant to own an iPhone.

After weeks of waiting for my 5S to arrive at my house, Monday night I got a box that was supposed to have my iPhone inside. It started out the way it should: I opened the cardboard packaging box, and inside there was an iPhone box. YAY!

Sure, I thought it odd that it wasn't shrink-wrapped, but hey, maybe they don't shrink-wrap them when they ship them, right? I pulled open the iPhone box...

And there sitting next to me on the sofa, saying "Girl, I told you, stick with me," was my faithful BlackBerry.

I've had that BlackBerry since the Mobile Dark Ages of 2007. We've traveled to London, run (and live-tweeted) seven marathons together, seen Depeche Mode concerts, and even slept together on a daily basis. No, she doesn't run the latest "Isn't This Soooo Cool" app, but that doesn't bother me too much. I'm tech addicted enough as it is, so simply having a phone that just lets me email, text, make phone calls, and use Facebook and Twitter is actually a good thing. I have a real camera so I'm not relying on an iPhone to snap photos. Plus, truth be told, I don't want to watch movies or play games on a smartphone when I'm sitting in a waiting room. When I'm sitting in a waiting room, I'm talking to people or watching them, writing down how they're picking lint pills off their trousers or flicking impatiently through the apps on their phones.

I haven't cared if other people don't like my BlackBerry, or think it's unstylish or passé, either. I like conserving resources and using technology as long as possible. I like the fact that my BlackBerry is the size of the palm of my hand, fits in the front pocket of my skinniest jeans, and because it still has a physical keyboard, I can rattle off replies while holding it with one hand--and I don't have to even look at the keys to know that I'm typing accurately.

The BlackBerry's also been a durability champ. I don't have a case and she's been accidentally dropped while hiking in the Santa Ynez Mountains, I've crashed her down stairwells, and even had a can of soda spilled on her. Yep, she has battle scars a plenty--but no cracked screens and it works just fine. And because I can buy spare batteries, if I'm somewhere where I can't plug in, all I have to do is pop another battery in.

But a couple of months ago I had to admit it was time. I woke up, unplugged my phone, picked it up, and a couple of the letters on the keypad fell off. My solution? Channel my inner MacGyver and tape them down with invisible tape.

I'd previously visited the BlackBerry "bus" at The Grove and tried out the new models. When I asked the sales rep what she liked about them she replied. "Oh I don't even have one. I just bought a Galaxy S4." She actually told me that working the bus was just a job. What a resounding endorsement.

I hate shopping as it is, but I started looking around at all the various phones on the market. Most smartphones advertise "we are the biggest screen EVAH" but I'm not looking for something I have to hold with two hands, or that's built for the hands of the Jolly Green Giant. After plenty of research, I decided to get a MotoX--I liked the whole "assembled in the United States" thing and it wasn't ginormous, but there were no deals for it through my carrier, T-Mobile, and I didn't exactly have $500 sitting around to buy it off-contract. I figured I'd just wait till the price dropped, as surely it would.

I was fine with this phone limbo until the first week of December when I took a trip to the Big Ideas Fest to be the emcee and I accidentally left my phone in the car at LAX. Four days with no phone was a challenge, to say the least. It also made me wonder if I was holding onto my BlackBerry out of stubbornness and habit. As my sister helpfully pointed out, if I got an iPhone, I could FaceTime with her. I was sold.

The next weekend, I went to the T-Mobile store to get a 32GB iPhone 5S. It was out of stock, but I'm patient so I was fine with the original estimated delivery date of Christmas Eve. And then that turned into the 26th, and then the 27th. I called T-Mobile and the rep politely told me she had no idea when my phone would actually be shipped.

"A week from now? A month from now? Six months?" I asked.

Despite her polite lack of information, the very next morning I got an email saying that the iPhone was being shipped UPS ground (nooooo!) and would arrive on January 6th.

The UPS driver came by my house at a little after 2 PM on Monday. I was at work, but I was tracking the phone delivery online, so I called UPS and asked when I could go pick it up. They told me I could snag it as long as I got to the shipping center before 7 PM. Sure enough, that's what I did.

After I got the box home, my whole family gathered around for the big reveal of my phone. My sons were all psyched to help me set it up and were crowing, "Welcome to the 21st century, mom!" At least, they were saying that until they saw what I saw: there was no phone in the box.

I called T-Mobile. They put me on the phone with UPS, who of course could tell me nothing except that they'd launch an investigation and "someone will call you by the end of the next business day."

A quick internet search reveals that this sort of UPS/iPhone theft is pretty common. Folks spend time in Apple forums giving each other advice--apparently I should have opened the box in front of the UPS people so I could prove that I'm not just lying and saying that I got a box with nothing in it. What gives me hope, however, is that these forums also told me that UPS weighs the package several times during the shipping process, so they should be able to pinpoint when the box suddenly got lighter--that's when my phone was stolen.

Who knows how long it will take to get this sorted out. I'm hoping sometime before the end of 2015. In the meantime, I'll be chillin' with my taped up BlackBerry, enjoying our last days (sniff, sniff) together.
Email Post
Labels: Blackberry Cell Phones iPhone Shopping theft

Tafari said…
This totally bites! I hope there is a good resolution to this ASAP cause that BB of your sounds really janky. LOL!
12:50 PM, January 10, 2014