My Question For Dwyane Wade and Ludacris: So Y'all Aren't Afraid of HIV? 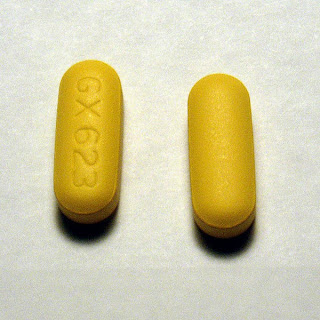 So, certain parts of the web are buzzing with a couple of "on a break" baby scandals. On a break--as in, we were dating/engaged/married, but we started having problems so we separated to see if we can work things out. In my book, if you're on a break, you're trying to work it out and are just giving each other space to gain some perspective. But clearly, my version is totally quaint and old fashioned compared to what's going on in the real world, particularly when it comes to the lifestyles of the rich and famous.

Just a week ago everything was ponies and rainbows for NBA star Dwyane Wade and actress Gabrielle Union. D.Wade had blinged out Gabby's left hand with an 8.5 carat diamond engagement ring. Twitter was screaming "Black Love For the Win, Beeyotch" and celebrating the fact that these two were, after four long years together, making things "legit."

And then a week later, the news came out that Wade had fathered a baby with another woman while he was on a so-called break from Gabby. Except TMZ says it has proof that according to social media timelines, Dwyane and Gabby were still together when this on a break baby was probably conceived.

As if that wasn't enough baby mama drama for the world, word came that rapper Ludacris, who has been been with his girlfriend Eudoxie Agnan for eternity, is also a new father to an "on a break" baby. He's allegedly asking for a paternity test but the alleged baby mama seems pretty confident it's his.

Folks have, as you can imagine, been debating why Gabby and Eudoxie are staying with these men when they were so shamelessly cheated on. One of my favorite questions I've seen asked in various comment threads is if Dwyane Wade would stay with Gabby and if Ludacris would stay with Eudoxie if their roles were reversed and the women had gotten pregnant with some other man's child when they were supposedly on a break.

I can't even get into that debate because we all know the answer is "hell no" I have a whole other set of questions for both Wade and Luda: Aren't you afraid of getting HIV? How about drug resistant herpes? Drug resistant syphilis? Do you not know how to buy condoms?

I'm serious. If I was Gabby or Eudoxie, I'd bounce with a quickness because an "on a break baby" means that those men are having unprotected sex. Notice that I said "men" because neither Luda or D.Wade were born yesterday, so they should know that unprotected sex is Russian Roulette. You are going to get an STD eventually, and it could be an STD that can't be cured or controlled with antibiotics or other drugs. Whatever STD Luda and D.Wade pick up from their encounter(s) comes home with them to the women in their lives. And no amount of cut, clarity, or carats can make up for that fact.

Chicago-based AIDS activist Rae Lewis-Thornton, who blogs openly (she is a must-read) about what it's like to have the AIDS virus, recently wrote, "I wonder, how many people really think that HIV is no longer a big deal. I wonder how that affects behavior and if that is a factor in the continued new infections globally. People think either, they won't get it or if they do all they have to do is pop a pill."

Is that what D.Wade and Luda think? That all you have to do is pop a pill? Maybe they should read Lewis-Thornton's blog entries about the side effects of the meds she has to take or watch her YouTube videos where she talks about the effect of the virus on her body and personal life.

And, Lewis-Thornton cites some sobering statistics--which I wonder if D.Wade and Luda are familiar with:


The fact of the matter is, every 10 minutes a person becomes infected with HIV in the United States. The fact is, CDC estimates 47,500 new cases of HIV in the United Sates in 2010. The fact is, each person living with HIV has their own health struggles with this disease. While there are similarities, there are also extreme differences. For example, some people take one pill a day, others like me, take 15 pills a day. The fact is, 15,500 people died in the United States from AIDS in 2010 and CDC estimates 635,000 have died since the beginning of the pandemic. Worldwide there were 2.5 million new cases of HIV in 2011 with about 17 million deaths in 2011 and an estimated 34 million living world wide.

The fact is, in addition to the health issues that come with HIV, people living with HIV have to deal with the shame, isolation, stigma and discrimination.

Are either D.Wade or Luda ready for the medication, the other negative health side effects, the stigma and discrimation? Are Gabby and Eudoxie? They must be because by having unprotected sex that's what they're asking for.