The Last Day of Caine's Arcade, But the 'Imagination' Dream Ain't Over 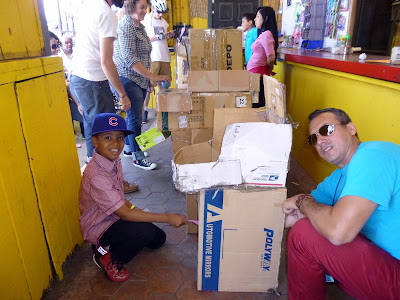 When you and I see cardboard boxes, we a) smash them under our feet so they can fit into the recycling bin or b) pack our books and bowls in them because we're moving. Two years ago, Caine Monroy, a 9-year-old boy from the Boyle Heights neighborhood of Los Angeles, let his imagination run wild. Instead of crushing boxes, he built a cardboard arcade out of them.

Although I've watched that video about Caine's Arcade many times, I still get choked up every.single.time. I suppose it's because although our society revolves around consuming and conforming, this is such a shining example of a child's capacity to imagine and create being nurtured and allowed to thrive. 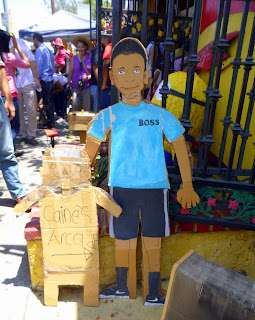 It's all too easy for those of us who are parents to come home after a long day at work and tell our children to stop effin' making a mess with the sticks and rocks they've dragged in the house, or the cardboard boxes, or the  ______(insert whatever crap you recently yelled at your kids about, and if you don't have kids, this is where you use your imagination, mmkay.)

Then when the kids go to school, the learning environment is not "build what you want" because that sort of thing can't be bubbled in on a multiple choice test. After that the kids go back home, turn on the TV, and watch Miley Cyrus making millions by "singing" and twerking.

Fortunately, just when you're going down the good grief, today's kids are totally f#^(&d, rabbit hole, there's a Caine's Arcade to remind you not to lose hope. To take things past inspiration and into action, there's also a whole foundation inspired by Caine, aptly called the Imagination Foundation, which is working to nurture the creative and entrepreneurial spirit of kids all over the world. They even have a Global Cardboard Challenge on October 5th that encourages kids to get a little crazy and build whatever they want out of cardboard and other recyclable materials.

That said, Caine's dad can't host a cardboard arcade in his used autoparts store forever, and cardboard is, as we all know, not the most durable material, so today was the official last day of the arcade. It also happened to be Caine's 11th birthday, so it was time for the arcade to host an epic game playing and pinata busting party.

Caine's Arcade is less than five miles from my house so I piled the family into the car and we zoomed down the 101 Freeway to go get our play on. A $2 cardboard "funpass" let visitors play all of the dozen or so games in the arcade. My own 9-year-old, Mr. T, was particularly determined to beat the maze that you have to maneuver the marble through without the ball falling into a hole. 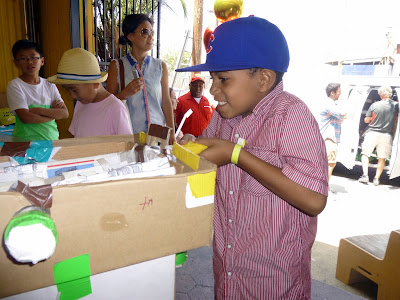 And he was pretty excited to meet Caine. 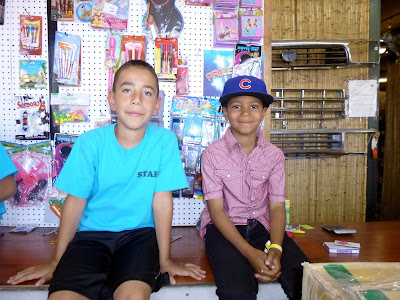 I'm always telling folks that life is not ripped from a scene from Metropolis—we are not cogs in the "system." Our children are not cogs, either. Who knows what these two—or any of the countless kids who went through that arcade or saw the video—will end up doing when they grow up. But we have to let them create, design, and turn their dreams into real things that are fun, exciting, and beyond our expectations.

The next time I see a cardboard box, I'm going to resist the temptation to either trash it or find a "useful" purpose for it. Want to keep Caine's Arcade alive? Let's make sure all children have the freedom to do the same.